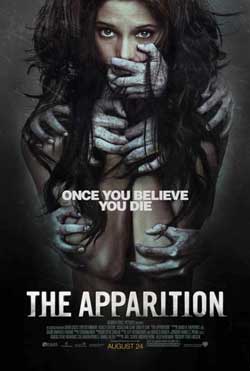 A couple are haunted by a supernatural presence that is unleashed during a college experiment.

On the wave of the supernatural thrillers to come out this year, comes an interesting premise starring Ashley Greene in the role of Kelly. It seems that the fascination of restless spirits and metaphysics has never quite settled down from the wave of ghostly entities that arrived out of the Asian horror movement. With that statement, you’ll notice I didn’t say “found footage”: movement, which is relief.While the apparition doesn’t take on any of those trademark (Asian) redundancies it still manages to remind us a bit of those days. In overview, it might have actually benefited from a few of those.

The film begins on quick trip into the past (1973) that has a team delving in metaphysical research. This now pushed forward into the more present past, has a small group (Patrick (Tom Felton), Greg (Luke Pasqualino),Lydia (Julianna Guill), and Ben (Sebastian Stan) who while in college decide to test the waters of the after life and conjure forth a spirit from beyond. The experiment has been named “The Charles Experiment” (thus using Charles Reamer as their focal point). The experiment proves successful to the point of opening a rift that seizes one of the group (Lydia) into a metaphysics void.

Patrick, an obsessive paranormalist and brilliant mind heads the research (but is sorry he did) that has seemed to have let “something” thru. It is later when him and his team revisit the research that they even cause more of the rift to open. This creates a danger factor for all involved.

Kelly (Ashley Greene), and her boyfriend Ben (Sebastian Stan) have just moved into her parent’s rental house. All is well as the couple settle in and get on with their lives. This moment is soon shattered when they discover that the house they are in “might” be haunted. The reality of their ordeal is escalated when they find that an apparition is intent on driving them crazy and altering their world.

“The Apparition”, directed by Todd Lincoln offers its share of thrills ad tense moments that are enhanced with the inclusion of some bizarre setting ordeals. Techies might enjoy some of the more technical talks that occur as the team discusses hardware and electronics speak that tends to go overhead. The film has its moments but also tends to leave us unsatisfied in the frights department. Initially a few things seem obviously blatant such as the fact that leaving the house won’t keep this spirit out of reach from the couple, but luckily that is quickly addressed.

When folks start to get sucked into this “rift” of sorts, we are kind of left hanging as to what and where they all go, however viewers will have to refer to the last scene and some of the dialog that explains that this apparition brings them into an altered universe of sorts (one that’s displaced and haunting). Ashley Greene gives a great performance and manages to keep us entertained with plenty of “barely-dressed” shots. Tom Felton, who is now removed from the Potter world ends up giving an appropriate nerdy performance that works for the film on some levels. However, my takeaway was that we also seem to miss some details in backgrounds and relationships of the characters which creates an air viewer disconnection.

In all, the film has a pretty decent production behind it with some clever shots but fails to give us enough frights and dramatic “aha moments” to really qualify it as a top release for horror this year. It also was noted as performing poorly in the box office reports. I’m pretty sure viewers will leave this one feeling unresolved and just “not entertained enough” to warrant a recommendation. I’m calling a good-ok film, but just not great. Much of this we’ve seen in pieces of other films, but in due respect there are a few new tricks thrown in to patch that up a bit. In concept it was a pretty good idea that could have really gone much further and darker. 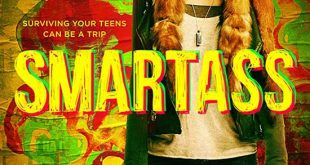 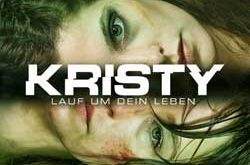