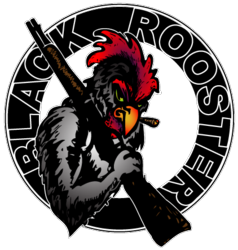 Black Rooster Creations, a newly formed entertainment company, has launched with stories of zombies, superheroes, and insects. And to kick things off, a six-week viral campaign will coincide with their first full-length novel. With the formation of Black Rooster Creations, we hope to bring unique, original stories into the fold … and are determined to have fun while we do it. Los Angeles, CA (PRWEB) October 18, 2011

Black Rooster Creations has launched its website with a viral campaign and three major book releases written by screenwriter Jim Beck featuring zombies, superheroes, and yes, even bugs.The first release, Patient Zero, serves as a cautionary tale that mixes old school zombies with new school technology. Narrated by the zombie virus itself, the story follows single father Robert Forrester, who is brought back to life as one of the living dead after a botched experiment involving nanotechnology. His transformation is slow, first appearing as a skin rash and advanced arthritis, and he quickly begins to lose control.

Featuring a cover quote by Jonathan Maberry, NY Times bestselling author of such zombie fare as his own Patient Zero and Rot & Ruin, Jim Beck’s Patient Zero is currently available through Amazon and Smashwords as a digital download and will soon be available for such formats as Apple’s iBooks and Barnes & Noble’s Nook.Accompanying the release will be a viral campaign through Facebook and Twitter beginning on October 18th, and will feature the main character’s inner thoughts as his infection escalates. Details are available on the Black Rooster Creations website

The second and third releases coincide with the introduction of TV in Prose (TM), an exciting new venture that brings television into the world of books. Each series will be split up into seasons and episodes similar to a televised series and will include season-long arcs, season finales, and even cliffhangers. Current plans are for each series to have four seasons, with 6-8 episodes each. New releases will take place every 1-2 months.

The first TV in Prose title is Alter Ego, the story of a homicide detective who discovers that his demure wife is a superhero charged with defending their city against those who would do it harm. The second title is Pest Control, a cartoon of sorts that follows the adventures of a c**kroach private eye as he tries to get back into the detective game after an eighteen-month hiatus.

Beck stated, “The idea for Patient Zero came to me after ingesting numerous forms of zombie lore and realizing that many of them shared the same basic formula of an unexplained outbreak, followed by a group of people trying to survive. I wanted to tell a more personal story about a single father trying to protect his son and defend their home while coming to grips with his own transformation. I also liked the contrast between zombification and nanotechnology, and telling the story from the point of view of the virus will provide readers with an insight rarely seen in the world of zombies.”

Beck commented, “I love television and I love books, and I thought someone should finally mix the two formats in a way that hasn’t really been done before. Alter Ego and Pest Control have been pet projects of mine for several years, and I am excited to allow readers the opportunity to see what’s in my head.”

Beck also added, “With the formation of Black Rooster Creations, we hope to bring unique, original stories into the fold … and are determined to have fun while we do it.”

ABOUT BLACK ROOSTER CREATIONS
Black Rooster Creations is a Los Angeles-based entertainment company, founded in 2011 by Jim Beck. The company specializes in the creation of unique and intriguing concepts for various forms of entertainment.