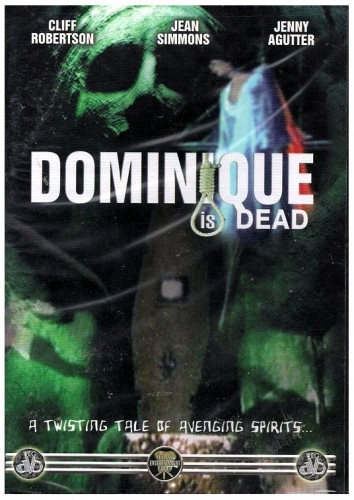 SYNOPSIS:
“The wife of a greedy man comes back to haunt him after he scares her to death in this horror-thriller. He is after her money and must try several times before he finally succeeds. Because she is mentally exhausted from being frightened all the time, she commits suicide, but soon the husband begins experiencing her ghostly presence.” (courtesy IMDB)

REVIEW:
I have a confession to make. I have for your bemusement this week another one of those drive-my-crazy-wife-crazy movies, but the twist this time is he succeeds and she hangs herself, only to come back to haunt him from the afterlife, which is somewhere near Penrith, I think. Console yourself with the fact that your screen is about to be graced by some of the greatest character actors ever, including Cliff Robertson, Jenny Agutter, Ron Moody, Simon Ward, Judy Geeson, David Tomlinson, Dame Flora Robson and Jean Simmons. No, not that Gene Simmons, the other one, with long hair and makeup – oh, I see what you mean.

Produced by the mediocre Milton Subotsky and directed by the fair-to-middling Michael Anderson, prepare to haunted for a hundred minutes by Dominique (1980), also known as Dominique Is Dead – which should becomes pretty obvious before long – and you might want to pump up the volume a bit and turn down the colour – there’s a lot of whispering and more harsh lighting than a high school rock eisteddfod.

This kind of film was not new to producer Milton Subotsky, who made lots of low-budget horror films including Horror Hotel (1960), Tales From The Crypt (1972), Vault Of Horror (1973), The House That Dripped Blood (1971), Doctor Terror’s House Of Horrors (1965), Doctor Who And The Daleks (1965), And Now The Screaming Starts (1973), Scream And Scream Again (1970), and Oliver Stone’s first film Seizure (1974) which had nothing to do with buildings, doctors, or screaming. He also produced the Stephen King films Cat’s Eye (1985), Maximum Overdrive (1986) and Sometimes They Come Back (1991), but his worst lapse of judgement is his version of Ray Bradbury’s Martian Chronicles (1980) by the same lame director as this week’s film, Michael Anderson.

Michael Anderson’s science fiction projects rank amongst the worst adaptations of the genre, and I do mean rank: Nineteen Eighty-Four (1956), Doc Savage (1975), Logan’s Run (1976), Orca The Killer Whale (1977), Millennium (1989) and Twenty Thousand Leagues Under The Sea (1997) starring Michael Caine. His one real success was Around The World In Eighty Days (1956), but only because producer Michael Todd watched him like a hawk. Peter Jackson has been trying remake Anderson’s The Dam Busters (1955), not because it’s a good film, but because it’s a great story poorly filmed. The real reason why you want to see Dominique is not behind the camera but in front of it, with one of the greatest international casts ever assembled for a made-for-TV movie. In fact there are so many, I can’t possibly devote the time I normally would to each individual actor – but the night is still young. 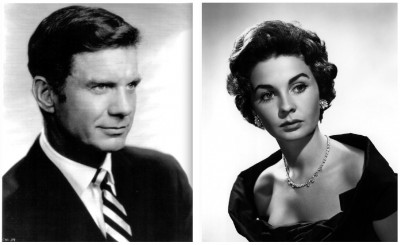 Cliff Robertson, who plays David Ballard, was in 633 Squadron (1964), Too Late The Hero (1970), Class (1983), The Honey Pot (1967), Obsession (1976), Brainstorm (1983), Escape From LA (1996), Spider-Man (2002), PT 109 (1963), and Charly (1968), which garnered him the Best Actor Oscar. Cliff could be found on the small-screen in Rod Brown Of The Rocket Rangers, The Outer Limits, The Twilight Zone and Batman. When he’s not acting up a storm, Cliff relaxes by collecting vintage fighter aircraft, including a Messerschmitt BF108, a Supermarine Spitfire, and several Tiger Moths, and was given the Good Will Aviation Award by the National Transportation Safety Association. 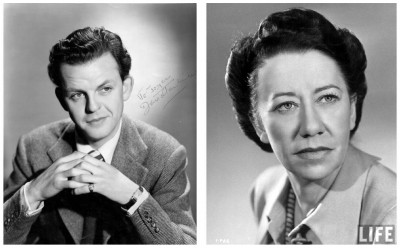 Speaking of Tiger Moths, David Tomlinson, who plays the lawyer, once crashed his while on one of his regular bombing runs on local villages, for which was given the Ill-Will Aviation Award by the National Transportation Extreme Danger Association. His film career began back in the forties with Quiet Wedding (1941) and Pimpernel Smith (1941), and he became close friends with fellow moustache enthusiasts Errol Flynn, Peter Sellers, and Walt Disney while making Mary Poppins (1964), The Love Bug (1968), and Bedknobs And Broomsticks (1971). Tomlinson’s last film was The Fiendish Plot Of Doctor Fu Manchu (1980) but he lived to tell the tale for the next two decades, unlike Peter Sellers and John Le Mesurier, who passed away soon after the movie wrapped – yes folks, it really is that bad.

Jenny Agutter, who plays daughter Ann, was in Walkabout (1971), Logan’s Run (1976), An American Werewolf In London (1981), Darkman (1990), Irina Palm (2007), I Started Counting (1969), Equus (1977), China 9 Liberty 37 (1978), The Eagle Has Landed (1976), and every version of The Railway Children (1968, 1970, 2000). She could also be spotted in television shows on both sides of the Atlantic, from Magnum PI and Murder She Wrote, to Red Dwarf and Spooks. In the eighties, she took on the seemingly impossible job of teaching Shakespeare to Los Angeles students, along with Ian McKellan, Timothy Dalton, Olivia Hussey and the lovely Judy Geeson, who plays Marjorie Craven in tonight’s ghostly epic.

There’s also Ron Moody, Simon Ward, Michael Jayston and Jack Warner, but I’m running out of space, so I’ll have to let them fall by the wayside. The sadist in me will be glad to know you made it to the end of Dominique which, admittedly, goes at a snail’s pace for three-quarters of the movie, but the final part is well handled and rather clever for a made-for-TV film. The plot is straightforward until the end, the settings are solid, the music is well selected, and the cast delivers fair performances, yet it feels like the sum of its parts have been thrown into a hole. So barring the unlikely event that you thought Dominique was a good film, I’ll apologise now and promise to make it up to you next week when I have a chance to slap your sensibilities senseless for…Horror News! Toodles! 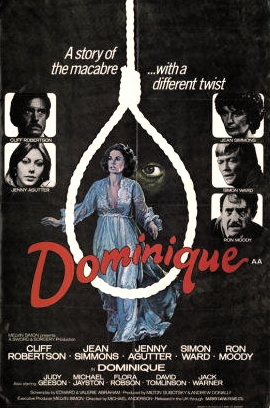