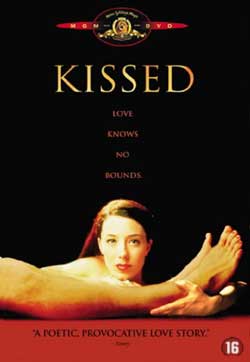 Over the years, a child’s romantic ideals about death blossom into necrophilia, the study of embalming and the most profound relationship of her life.

Titles of films can sometimes be very misleading, in the case of “Kissed” I am very happy to say that this is not a stupid romantic comedy. This is a highly romantic and a little bit depressing film dealing with the emotional responses of the necrophiliac trying to have a relationship with one of the living. Granted, the film is not really much of a horror film it’s a very solid drama but I feel due to the excellence in execution of the films content it definitely deserves more attention than it has received.

When Sandra Larson (played by Molly Parker in an amazingly austere, alienated yet relatable performance) was a preteen girl she dealt with highly confused feelings in regards to the death of animals whether it be road kill or just a dead bird she found. She would take the animals into the woods and really feel them out as it were. Death became a highly intimate experience for her at the time in her life while she was developing and as she would grow older she would become more and more fascinated with the intimacy involved with death. 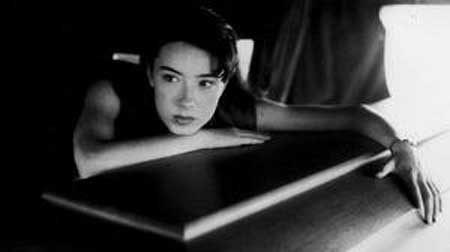 As she get older she starts a job in a mortuary while going to college for mortuary science all this time she simultaneously starts to act on her needs as a necrophiliac without having a real relationship with another living human being. Then one day at a diner Matt (played by Peter Outerbridge) shows up and starts to hit on her, right off the bat she tells him about her fetish for sleeping with the dead, well, not really sleeping but you get the idea.

Over time the two start going out and having a romantic relationship all the while Sondra continues her extracurricular activities at the mortuary. Matt becomes more and more obsessed first was trying to fix Sondra’s fetish to no avail, when he realizes that there is no changing her desires he then tries other things to simulate him being dead in an attempt to quell his jealousy towards her feelings for the living impaired. Matt becomes obsessive and starts to spiral out of control…

There was a period of time up until about the late 90s where an art-house film could be slow, it could take its time, and it didn’t really have a form to a specific category. I don’t know if I would call “Kissed” and romantic film, or drama, it’s just a good film. It conveys definite emotions while at the same time it moves very slowly and pulls you in with a story and approach that is very original. This isn’t at all a horror film, it’s more a slice of life of what the reality of necrophilia is. A sense of extreme closeness to the dead and the miss understandings of others about a person’s wants… 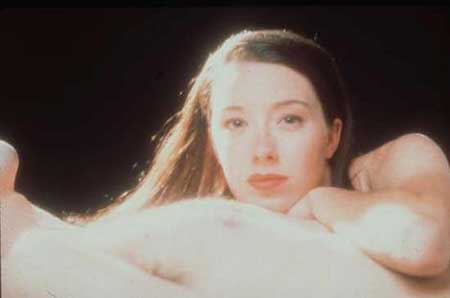 Lynne Stopkewich does an amazing job at the helm of this film and I really wish she would get back in the film more. Mostly because films of this pacing and type really aren’t made anymore. 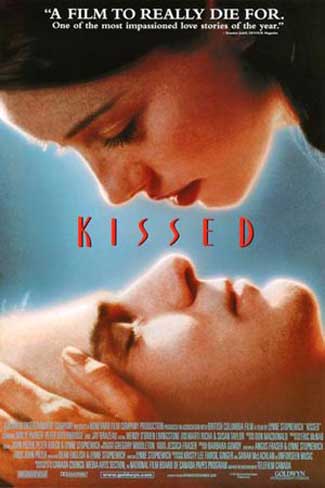 If you’re looking for a sensitive powerful movie this is definitely one to see. However, as far as necrophillia movies go this is the total antithesis of films like “Necroramtik” and “Lurker” in a very strange way I would almost call this a chick flick for necrophiliacs, I hate using that term because I feel it belittles the film. “Kissed” is a powerful, seductive, painful and moving film. It falls between the cracks as far as a target audience goes and with no real place to fit thus I feel it never found an audience, so I hope that you can go out and find this gem of a mid-90s independent film.