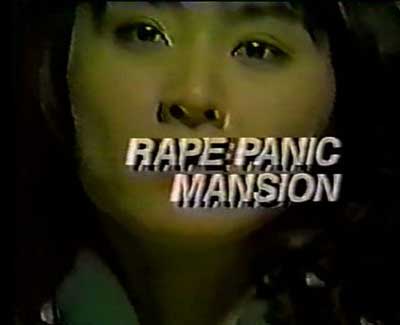 Keiko, a lonely single woman living in Tokyo, is taking the elevator up to her apartment one day when a couple of young thugs suddenly appear. They immediately assault her, dragging her into a stairwell and taking photographs of her in the throes of her ordeal. She leads them to an apartment inhabited by Miho, a woman she often sees in the building. The men burst in and, after repeatedly beating Miho’s partner, subject both women to endless rape and degradation. In the midst of their mutual torment, the hatred that Keiko and Miho share for each other explodes, revealing them both to be as ruthless as their captors.

Yet another hour-long display of rape, humiliation, savagery and suffering, Rape: Panic Mansion is a small drop in the Japanese sea of shameless softcore. With a familiar backdrop of social alienation, it melds the theme of female empowerment with scenes of vicious misogyny as though one couldn’t exist without the other.

As if the punishing routine of her unfulfilling, isolated existence weren’t damaging enough, wallflower Keiko (Natsuko Sawada) gets mugged and sexually assaulted by two moronic sadists in her own apartment building (the “mansion” of the title). After several time-filling flashbacks to moments when she and Miho (Tomomi Sugiura) previously crossed paths, it becomes clear that she has some sort of infatuation with the other woman. Self-assured, glamorous and forever in the company of men, Miho would seem to represent everything that Keiko is not, and perhaps it is nothing more than a jealous reflex that inspires Keiko to try and take the heat off herself by leading her attackers to Miho’s front door. 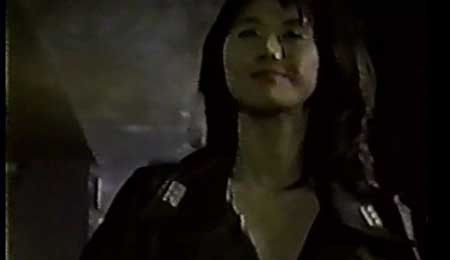 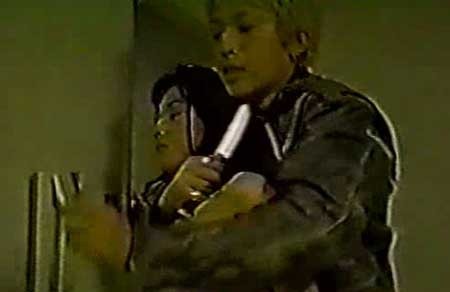 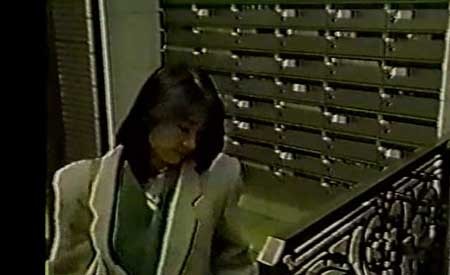 Much like soy sauce with sushi, the Japanese do like a splash of urine with their rape. As twisted as it all undoubtedly is, however, none of it is portrayed in a graphic manner. In addition, the infuriating and unrefined hand of Japanese censorship crashes the party, as always, and spoils it for the rest of us. A massive black spot appears onscreen on more than one occasion – even when it really doesn’t seem like there’s anything worth covering up. The two hideous creeps causing all this fuss seem to be aware of the censor’s gaze; they reveal they have some modesty by keeping their pants on during sex – and in one instance, as mentioned earlier, taking care of their own needs discreetly in order not to have to get their offending appendage out in public.

The most distressing aspect of this film is witnessing the prolonged anguish of the two women, whose total objectification squeezes out much chance of either actress being able to express their character in other ways. Although, towards the end, this does give way to an underdeveloped but intriguing battle of wills between the two women, whose mistreatment has only fuelled their loathing of each other. 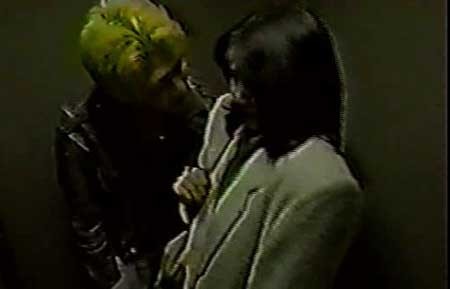 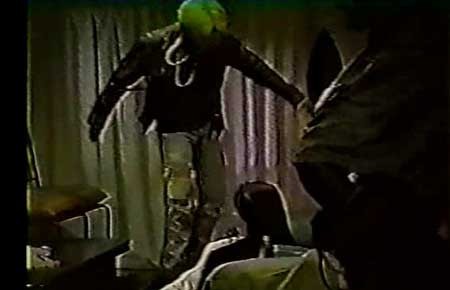 Aside from that, there really isn’t much on offer here other than watching a pair of stoic beauties be violated in ways that wouldn’t prevent a legal video release – at least, in its home country; it seems unlikely that Rape: Panic Mansion would ever be officially released anywhere else. This makes it all the more puzzling that both the opening and closing credits are delivered in English – naturally, without the availability of English subtitles for the dialogue itself. It’s not much of a loss, though; even the cops, when they finally turn up, can’t really figure out what to do with it all. If only the Japanese censors were so permissive.