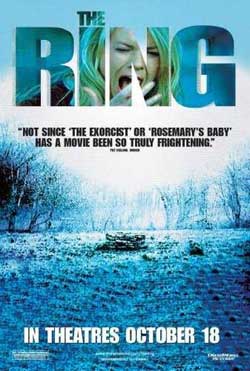 A young journalist must investigate a mysterious videotape which seems to cause the death of anyone in a week of viewing it.

To review a film as groundbreaking as “The Ring”, is to note its contribution to not only the genre, but to the Asian horror market as a whole.

The year was 2002, the Asian market was not prepared for the wave that would head their way from the Western world. A film by the original title “Ringu” had received some underground notoriety but had never really caught on with its cultural aspects and subtitles. Gore Verbinski saw the potential and set out to create an American version of the same film. The film was livened up with an American actress Naomi Watts and presented more in a direction that the US could grasp onto. Samara, the films iconic villain of sorts  was to be come a new anti-hero that would not only scare but leave lasting nightmare images. I remember hearing about “Ringu” back in 1998 when it first released. Though due to the industry still trying to catch up, the film was only available as a PAL formatted VHS. So it never gained enough interest due to its incompatibly with US VHS players. 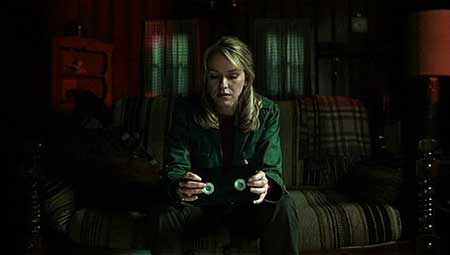 There have been many books written on the subject over the years, in fact I’ve probably read most of them. The concept of “wet girls” with long black stringy hair was a mainstay in the Asian horror market, but for some reason wasn’t as familiar to the US. “The Ring” might have been overshadowed by other remakes but it just happened to be the first out of the stable. This trend, as it be was so named “J-Horror”. Others were soon to follow….many who were equally scary and many who missed the mark completely. 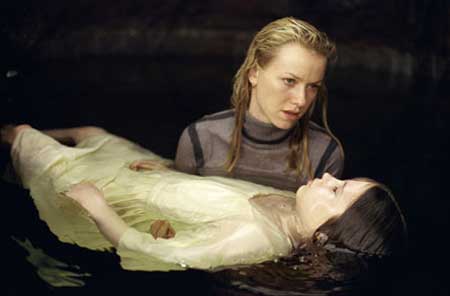 “The Ring” arrived and sent fear into the hearts of millions. The horror market was in dire need of being scared again and this cult like tale of a video tape that shouldn’t be watched was just the formula to raise a few eyebrows. Why? because, we’ve become a society of voyeurs, so NOT watching is not an option for us. The tale goes that if you watch it, you’ll receive a phone call and will proceed to die 7 days later. Sounds almost cheesy, but with a Hollywood flair, it worked on a level that we had not been exhausted yet. 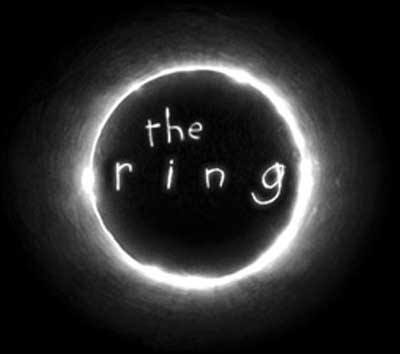 As the story goes, the video tape is cursed. If you watch it, SHE will come. If you give it to someone else (pass it forward), you should be safe. The video tape simply played a series of disturbing images in a collage style format. The images were in fact clues to the origin of Samara’s upbringing and were seemingly haunted even as video footage. A young journalist, Rachel (Naomi Watts) decides to investigate the series of deaths that surround this urban legend. She acquires the tape herself and realizes that there is more to the tape than just teen nonsense. This leads her on a quest to discover its origins, the family and reports around it with an ultimate goal to destroy its legacy. Leaving only 7 days herself, time is of course of the essence. 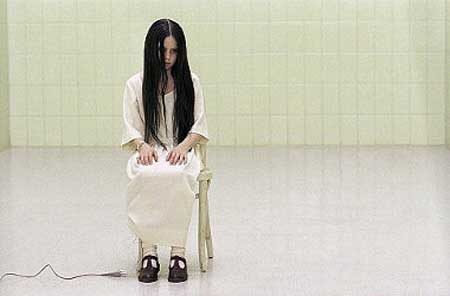 It is during this premise that we learn of the tortured-soul daughter Samara who would give Wendy from the Addams Family a run for her money. The film evolves in a hybrid of thriller, horror and mystery making it an actual compelling watch. Let’s not forget that when Samara shows up in her supernatural states, she is creepy as hell. Certain laws of physics are broken as this haunted spirit seems to have no problem crossing over into the real world. Her entrances, her movements and her dwelling place (a well) all stack up to more icing on the cake. 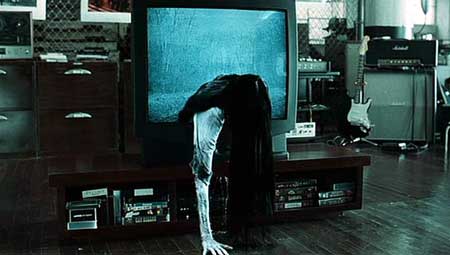 It was funny, because I distinctly remember when the movie came out on DVD, that you could find stands literally in every 7-11, in grocery stores and places that you just wouldn’t expect to see a legitimate scary movie to be promoted and advertised. 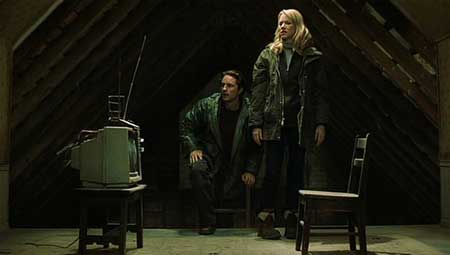 The film even though US and a remake, sparked an immediate interest in all things Asian. We couldn’t get enough of this new Asian horror style and for awhile, things for “their” market was pretty good. Though years later, the thing that exploited them, killed them also. Mainly, the look and theme of “wet girls” was reused too many times, painting a stale image over the entire Asian horror market. There were more to come, but not like the immediate years following 2002. 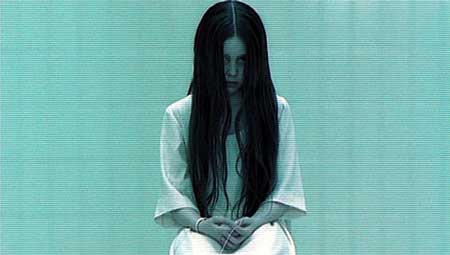 “The Ring” stands as an iconic release for horror, for the Asian horror and for the industry as a whole. It has since been named into the top 20 scariest movies of all time (ours included). It has gone on to be parodied in other films and copied several times over. A truly needed kick in the ass for horror. I’m glad some one took the initiative.