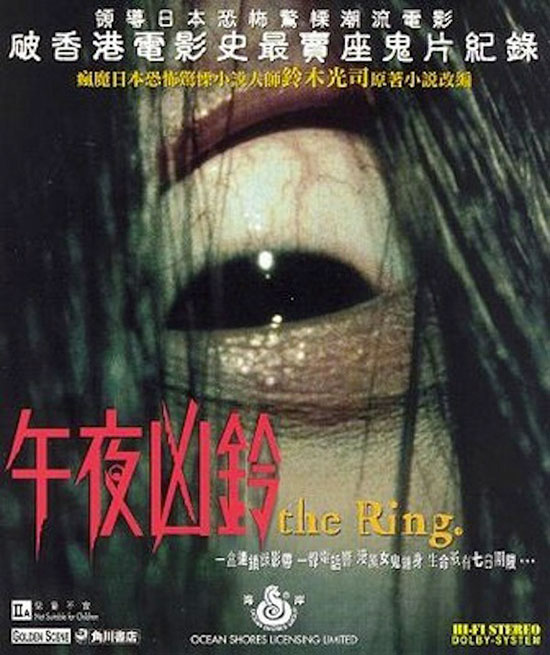 An intrepid reporter and her ex-husband investigate reports of a bizarre video which caused its viewer to die within one week.

The early-to-mid 2000s marked a period of American obsession with Japanese horror, introducing North Americans to a series of remakes including The Grudge (2004), Dark Water (2005), and Pulse (2006) (none of which I would recommend).

The film that sparked the J-horror craze and has left an indelible mark on popular culture is director Hideo Nakata’s psychological horror Ringu (1998). Even non-horror fans readily recognize the visage of Sadako, the “Ring Girl”, whose iconic and chilling ingress from the 2-dimensional screen of a television to the real world of the film has spawned countless parodies, pranks, and homages. Ringu based on the novel written by Kôji Suzuki, and adapted for the screen by Hiroshi Takahashi. It stars Nanako Matsushima as Reiko Asakawa, a young reporter and single mother who is pulled into a deepening mystery after the bizarre and unexplainable deaths of her niece Tomoko (Yûko Takeuchi) and several of her friends after a weekend trip to the country. 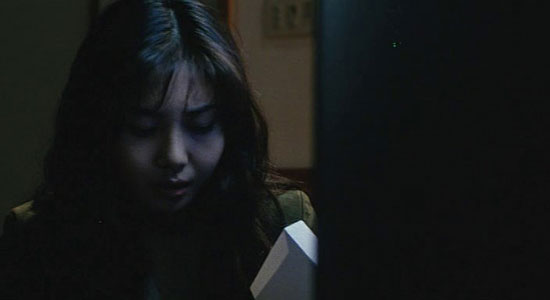 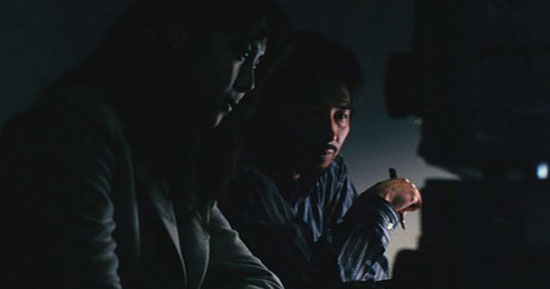 The film opens with the unfortunate Tomoko’s final minutes, and sets out the premise of the film. A short film exists that, when viewed, results in the death of the viewer in 7 days. This is a truly terrifying concept that is all the more relevant in the current age of memes and lightning-fast global communication. Tragically for Tomoko, it has been one week since she watched the video. Her death scene is tastefully vague and raises more questions than answers. 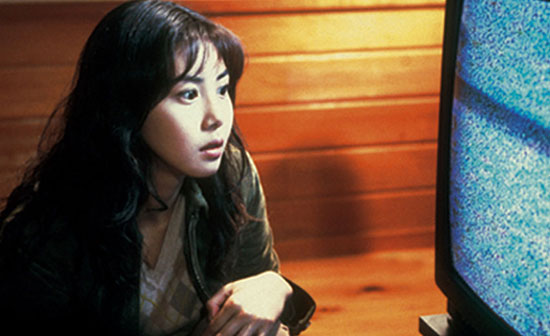 Reiko and her son Yôichi (Rikiya Ôtaka) attend Tomoko’s funeral, where people speculate as to the cause of the young woman’s death – and why it is a closed-coffin affair. While trying to figure out what happened to her niece, Reiko learns that the dead students in the area attended the same high school. She approaches a group of schoolgirls at the afflicted high school who are at first reluctant to answer her questions, but who eventually reveal that Tomoko and the other young people that died had all watched the mysterious video together. Later, Reiko visits Tomoko’s house and finds a receipt for film development in her room. Upon retrieving the developed pictures from the photo shop, she discovers a curious phenomenon – the faces of the group of friends in the picture taken the weekend they went to Izu are all strangely blurred. As any reporter worth her salt would do, Reiko immediately travels to Izu and visits the cabin that had been rented by the youths, checking the TV and VCR set-up for any signs of the video. When she visits the front desk to request more information, she notices an unlabeled videocassette in the video library. Taking it back to the cabin, she makes the monumental mistake of watching it, in all of its low-budget, art-school term project glory. The phone rings, and she is drawn against her will into the deadly countdown – together, she and her clairvoyant ex-husband Ryūji Takayama (Hiroyuki Sanada) must solve the mystery before her final 7 days have passed. 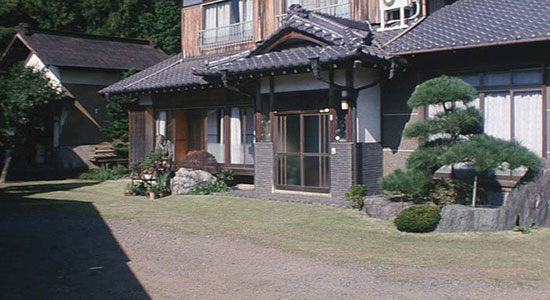 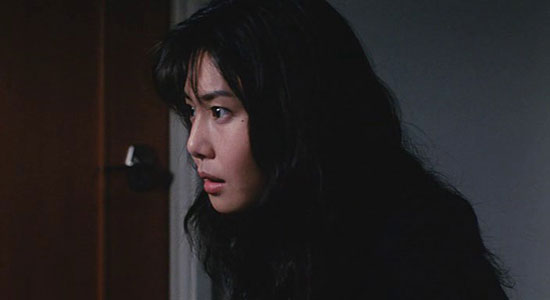 Nakata shows an artful restraint in his creation of this iconic horror film. The death scenes and shots of corpses  are not gory, nor do they need to be; the expressions of sheer terror on the faces of the deceased are more than chilling enough and do the job better than litres of blood would have. 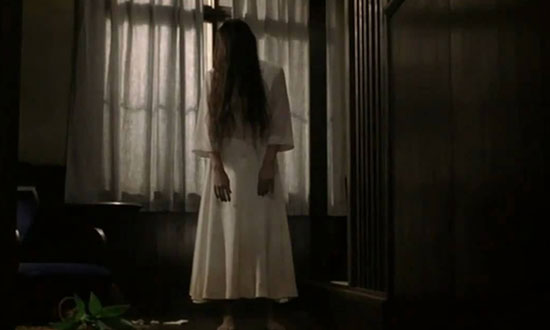 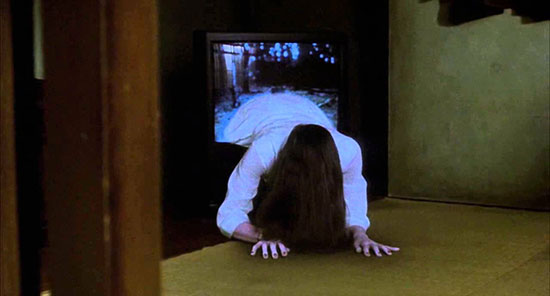 This restraint extends itself to the sparse soundtrack, as well.  The film is largely free of music with very only a very few spooky atmospheric cues at particularly tense moments – creating effective and non-distracting sound design.

Excellent directing and camera-work with well-composed shots and tracking keep things visually interesting without being obtrusive. With a timeline lasting just over a week and numerous clues to investigate, the film maintains a brisk and even pace. The occasional eerie visual flashback deepens the sense of unease that permeates the entirety of the film’s 1 hour and 36 minute run-time. 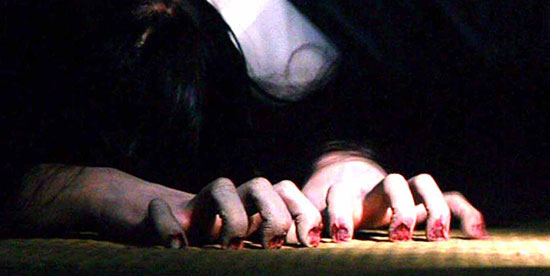 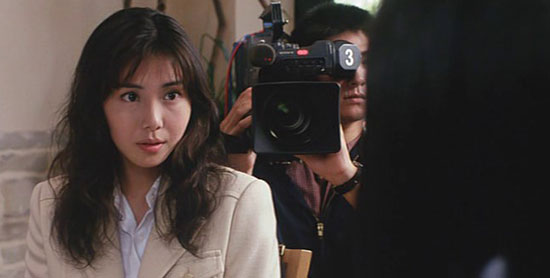 The narrative is engrossing, although I would have preferred that Reiko had more to do in terms of figuring out the mystery. This task winds up largely falling to Ryuji and much of the story is delivered to Reiko (and us) through his exposition. Gore Verbinski’s American remake The Ring (2002) does improve upon the agency granted to the female lead, but purely in terms of atmosphere, Ringu has my vote. 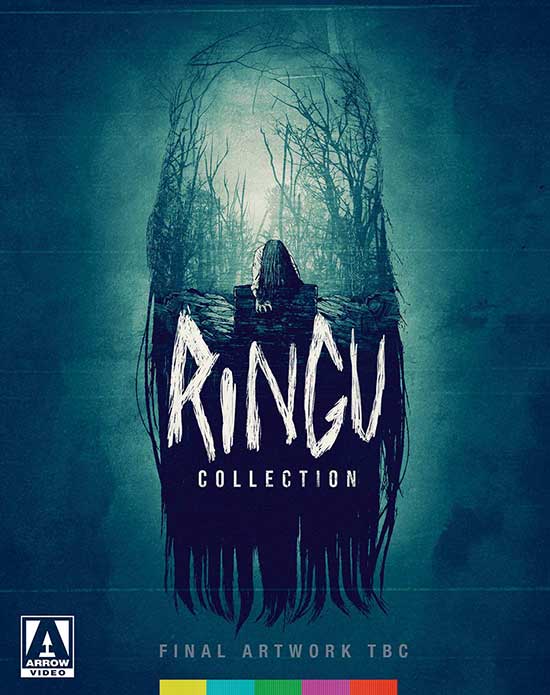