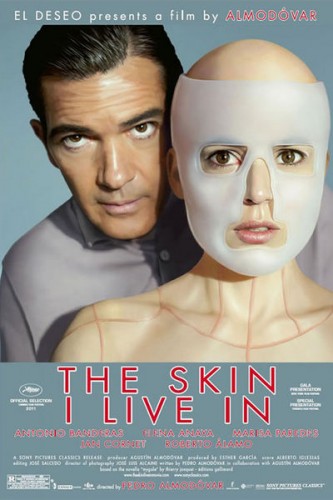 A brilliant plastic surgeon, haunted by past tragedies, creates a type of synthetic skin that withstands any kind of damage. His guinea pig: a mysterious and volatile woman who holds the key to his obsession.

I’ve never been the biggest Pedro Almodovar fan. I haven’t seen a film of his since “Live Flesh” in 1997. The others I have seen were his early collaborations with Antonio Banderas. Now, Banderas is one of my favorite actors. I kind of gave up on him a bit since he has spent much of the last decade playing a Puss. With “The Skin I Live In”, Banderas delivers a tremendous performance. It reminded why I was such a fan of his in the first place. This isn’t a one man show either. Banderas is joined by actress Elena Anaya who horror fans may remember as Aleera in the disaster that was “Van Helsing”. The two of them together, under Almodovar’s direction, ignite the screen with a dramatic thriller that has so many twists and turns that keeps you guessing before completely blowing you away. 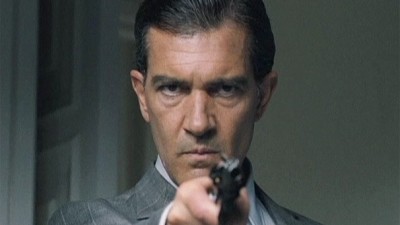 Robert Ledgard (Antonio Banderas) is a brilliant plastic surgeon who has developed a synthetic skin that cannot be damaged. His experiments haven’t gone unnoticed in the medical community and many look down upon his work. His home is an amazing mansion that also houses his own personal research facility and operating room. His guinea pig is Vera (Elena Anaya), the object of his obsession. She is kept locked in her room and always has to wear a body glove in order for her skin to set properly. Who exactly is Vera and why is she being kept under lock and key. Robert obviously has some demons hiding in his closet, after suffering through not one, but two tragedies, maybe his sanity has slipped away.

“The Skin I Live In” cannot be pigeon holed into one genre. There is a little bit of everything in here. The film is kind of all over the place and in the hands of any director other than Almodovar, it would have most likely ended in disaster. Instead, this is a perfect masterpiece. A dark morality tale with tragic characters that you can’t help but sympathize with, even though we know that their decisions are mad. Banderas and Anaya ooze sexuality. This is an Almodovar film, so within all the beauty and sexuality comes a darkness, one that hovers over the proceedings. It is stated that the film takes place in 2012, once our main premise is set up, we seamlessly flashback to see the tragedy in Ledgard’s life take place, and see his world fall apart. 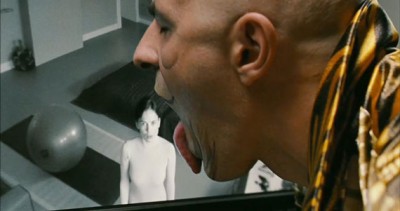 There are some truly beautiful scenes, mostly involving Anaya. Ledgard has a huge screen in his room where he watches Vera locked up in her room. At first I felt like he was just admiring his work (in a sense he was) but you soon realize how strong his obsession is. The only plot details I knew before watching the film are the same as what I have described above. Trust me when I say that it’s for the best. The less you know the better. I highly doubt that this will be the last time I watch this. My first viewing was for the story and my second viewing was watching how scenes were framed, or how characters in the foreground would blend with the background. There are some striking images that I keep playing over in my head. I was fascinated by the imagery. Even the house felt like it had character. 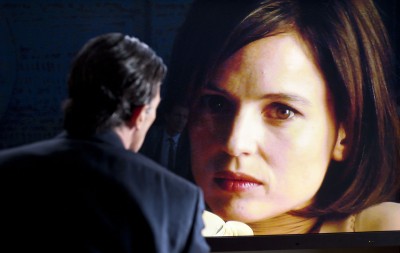 “The Skin I Live In” is a masterpiece. I may now have a new obsession and this film is it. Without question ***** out of 5. I have no problem saying that this is a perfect film. Flawless acting, especially the two leads but the supporting cast (Marisa Paredes, Jan Cornet, and Blanca Suarez) as well. Pedro Almodovar has proven that he is a visionary. I’m happy to see that after all these years his vision is still as sharp as it has always been. I can’t recommend this film enough, don’t miss it!!! 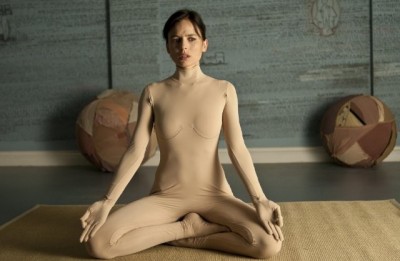 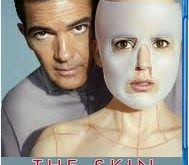 Peel Away ‘The Skin I Live In’ in Bold Bluray 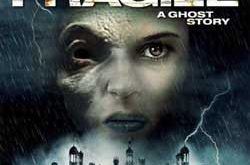