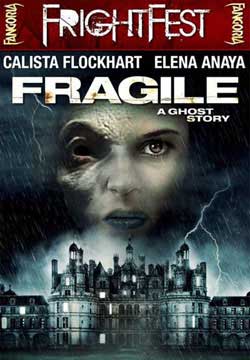 SYNOPSIS:
In this atmospheric thriller, American nurse Amy (Calista Flockhart) is thrust into an eerie and dangerous world when she takes a temporary job at an isolated children’s hospital in England that’s slated for closure. The children, who are being terrorized and injured in baffling ways, confide in Amy that “the mechanical girl” doesn’t want them to leave, and Amy must convince skeptics that the menace is real.

The relationship between a nurse and a child can be a child’s only hope when experiencing the loneliness of being in a hospital, and dealing with the pain of a deadly illness. When the nurse becomes overly obsessed with the patient, she will go to any means necessary to prevent losing that bond with the child. This scenario is the case in Jaume Balaguero’s thriller “Fragile,” where a young woman must solve the mystery of a haunted hospital before her patients fall victim to a deadly ghost.

“Fragile” begins in drama when a young boy awakens in pain, and is taken immediately to get X-rays. The doctors are baffled when they notice his femur is fractured, and while the X-ray is being taken, another bone is broken by itself leaving the mystery open. The film shifts to the introduction of the new night nurse, Amy Nicholls(Calista Flockhart.) She is picked up by another worker from Mercy Falls Hospital, Roy(Colin McFarlane), and is shown around to her new place of work as the third shifter. She also meets the second shift nurse, Helen Perez(Elena Anaya), who introduces her to the last eight child patients the hospital still has. 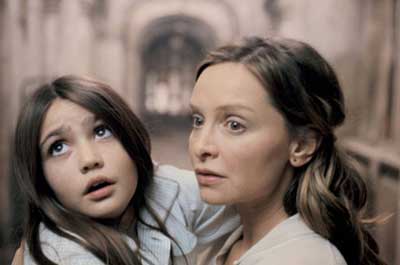 Amy is immediately drawn to the reclusive patient, Maggie(Yasmin Murphy), who claims to be able to talk to a mechanical girl named Charlotte. When Helen advises Amy to shrug off Maggie’s claims, she begins her shift at the hospital plagued with creepy happenings as hearing disembodied voices and bangs around the hospital. The next day, Amy meets the night doctor, Dr. Robert Marcus(Richard Roxburgh), who also is supportive to the freaked out Amy. Strange things pursue as Simon and Amy mysteriously get stuck on the elevator, and she questions Dr. Marcus on the whereabouts of the last night nurse and Maggie’s problems with cystic fibrosis.

Being a curious young woman, Amy takes it on herself to solve the mysteries of the hospital, as what happened to the last night nurse, Susan(Susie Trayling), and what is on the abandoned floor that is adorned with old tattered drapes and toys. Amy forms a relationship with Maggie, and finds that Maggie is the only other person that notices the creepy happenings in the hospital. After seeing more haunted happenings as an outline of a ghostly human being, Amy tries to confide in Dr. Marcus, but he shrugs her off thinking she is being overprotective of the kids and not over what happened in her prior job. 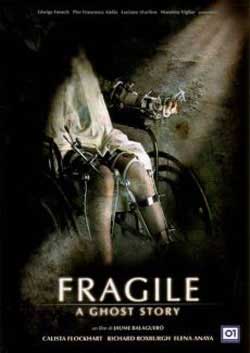 When things continue to get rough at the hospital, Amy goes out to meet with people that Susan met with, the answers start to come out about the true problems at the hospital pertain to a deadly ghost. Roy is quickly killed off after seeing a ghost wearing orthopedic braces from head to toe, and Amy returns to the hospital knowing that she must find a way to protect the children from the spirit that won’t rest, and she finally finds out the true background of the mechanical girl in a shocking twist with a thrilling end. 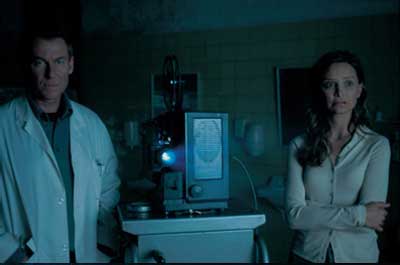 “Fragile” is a paranormal thriller that keeps the viewer guessing to the very end. Flockhart’s performance of a disturbed nurse saving the lives of the sick children is dead on, and really draws the viewer into the film. The paranormal activity that occurs is very eerie, and the hospital that the film is set in is an older style sanitarium that is creepy in itself. The spirit is adorned in orthopedic braces, and eye lids are stretched giving her a scary permanent visual. Even though the theme of an old haunted hospital is visited by many horror movies, I felt this one was new and innovative due to having a spirit with the ability to shockingly break bones. 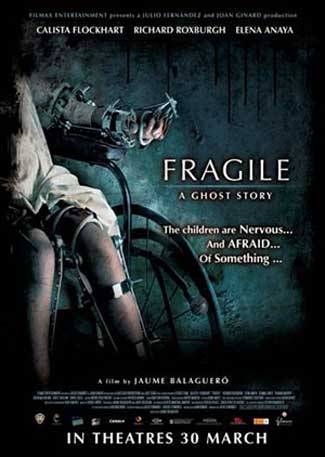 Jaume Balaguero’s “Fragile” is a gripping tale of a nurse that must convince a team of non-believers that the hospital in which she works is haunted by a deadly spirit. Amy’s struggle to keep her sanity while dealing with a spirit that refuses to give up is a thrill ride of the senses, that ends in a shocking yet satisfying conclusion.