Home | Peel Away ‘The Skin I Live In’ in Bold Bluray

Peel Away ‘The Skin I Live In’ in Bold Bluray 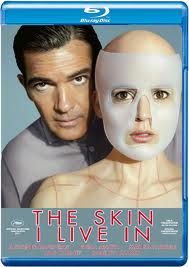 Oscar® winning Writer/Director Pedro Almodóvar (Best Writing, Original Screenplay, Talk To Her, 2002) and three-time Golden Globe® nominee Antonio Banderas (The Mask of Zorro, Desperado) team up for the sixth time on The Skin I Live In, debuting on Blu-ray™ + DVD Combo Pack March 6th from Sony Pictures Home Entertainment. This psycho-sexual thriller, which also stars Elena Anaya (Savage Grace, Van Helsing), Marisa Paredes (High Heels, All About My Mother), Jan Cornet (There Be Dragons) and Roberto Álamo (Take My Eyes), follows a brilliant plastic surgeon (Banderas) who is haunted by past tragedies and by his present patient: a mysterious woman (Anaya) who holds the key to his obsession. Special features include a seven-part behind-the-scenes featurette, “An Evening with Pedro Almodóvar” Q&A and “On The Red Carpet: New York Premiere” featurette. The Skin I Live In will be available for $45.99 SRP (Combo Pack).

Ever since his wife was burned in a car crash, Dr. Robert Ledgard (Antonio Banderas), an eminent plastic surgeon, has been interested in creating a new skin with which he could have saved her. After twelve years, he manages to cultivate a skin that is a real shield against every assault. In addition to years of study and experimentation, Robert needed three more things: no scruples, an accomplice and a human guinea pig. Scruples were never a problem. Marilia, the woman who looked after him from the day he was born, is his most faithful accomplice. And as for the human guinea pig …

§ “The Making of The Skin I Live In” 7-Part Featurette

Directed by Pedro Almodóvar from his own screenplay, The Skin I Live In was executive produced by Agustín Almodóvar.

The Skin I Live In has a running time of 117 minutes and is rated R for disturbing violent content including sexual assault, strong sexuality, graphic nudity, drug use and language.

Tags The Skin I Live In 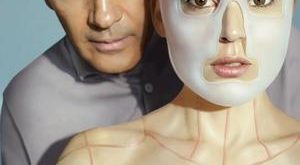