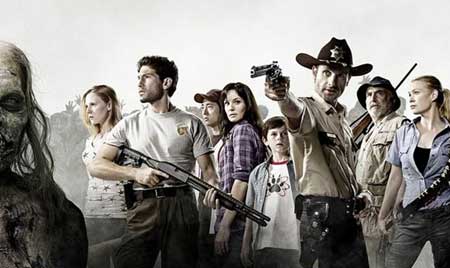 In anticipation for Season 2 of The Walking Dead, each week I’ll be bringing you a special look at our beloved cast of characters. This week we will take a look at Shane Walsh. The man that everyone loves to hate, who has apparent anger issues and is Rick’s best friend. 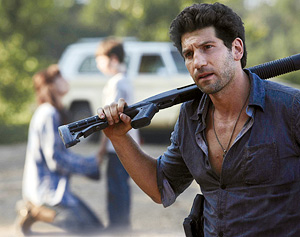 Portraying Shane is Jon Bernthal. Shane is Rick’s best friend since high school and partner in the King County Sheriff department. When the outbreak occurs he helps Carl and Lori escape their small town and head toward Atlanta. Shane was the last to see Rick in the hospital and is tortured with the fact that he had to leave him there. He knows that if he hadn’t left him there he wouldn’t have been able to save Lori and Carl. He will never be able to fully justify his difficult decision with himself or Lori.

In the comics this depiction of Shane is the same. There is a major event involving Shane in the comic that has not occurred in the television series. I’ll leave that up to you to read.

Among the group of survivors Shane became the leader. He enjoys this position and has been used to living in Rick’s shadow. Although never consciously resenting Rick, he relishes falling into this new position of authority. However, when this position of authority is questioned it pushes him over the edge. He begins to lose his temper. He unravels more frequently, not only endangering himself but on occasion becoming reckless, erratic and dangerous to everyone around him. As the group becomes more threatened by each other Shane’s aggression become more apparent. He tries to remain fair and balanced with everyone, creating a stable order within the camp but..he could snap. 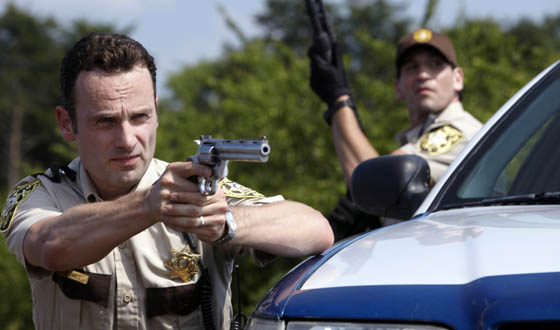 Rick Grimes: Shane and Rick have been best friends since high school. They are also lucky enough to be partners in the King County sheriff department. Once Rick slips into a coma he visits him often up until the outbreak. He struggled to also save him during the beginning of the panic. Unfortunately overwhelmed by the situation Shane had to leave him there. It was the most difficult decision he has had to make. He did try to ensure Rick’s safety though by blocking his hospital room door with a mattress.

Upon Rick’s return to the surviving camp Shane’s position of authority will come under fire. They manage to work together but there is a hidden resentment that Rick has yet to notice. When Rick was gone Shane took care of his family and was intimate with his wife. Rick has yet to know the truth of the extent to how much Shane was there for his family. 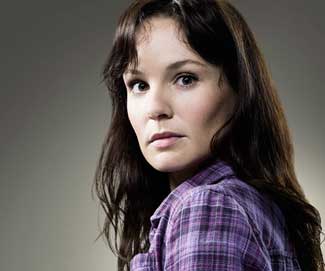 Lori Grimes: While Rick is comatose in the hospital during the outbreak Shane saves Lori and Carl. Lori and Shane turn to each other at this time and start a sexual relationship.The relationship is primal and you could tell that Lori still misses her husband.  What was really important at that time was the moment and so they seized it. Once Rick arrives back at camp all ties to their relationship are severed. Lori wants nothing to do with him. Shane becomes angry, resentful of Rick, and eventually goes as far as almost raping Lori. What does Season 2 hold in store for them? 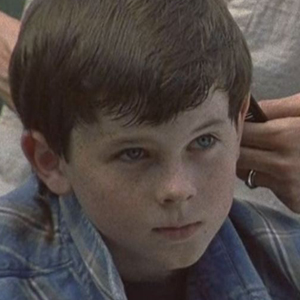 Carl Grimes: Shane acts as a surrogate father to Carl while Rick is gone. When Rick comes back he still tries to be there for Carl. He does care for Carl and treats him as if he were his own son. Carl is oblivious to the tension between Shane and Lori.

Shane’s relationships with other survivors vary. He’s been known to also protect those in need such as: Carol and Jim. When Carol’s husband was threatening to beat her in front of the group he stepped in. When Jim was digging graves for no apparent reason in deadly heat Shane stepped in to try and keep the peace. How long will he be able to really keep the peace?

If a pandemic situation were to occur would you be able to keep your temper in check?

Have I forgotten to mention anything else about ? Who is your favorite character in the series or comic? Please sound off in the comments section and look out next week for the next Character Profile: The Walking Dead: Andrea. Revisit the first season on DVD and Blu-ray and continue to read The Walking Dead comics. You’ll be glad that you did. 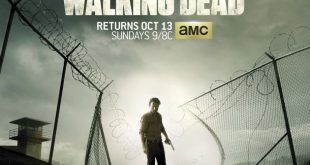 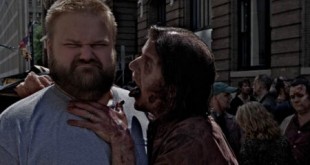