It’s been rumored, talked about, debated and debunked but finally we have an official word.  There will be an companion series set in ‘The Walking Dead’ universe and AMC has given it the green-light to get going.

It can’t be called a “spin-off” as none of the characters from the current show will be featured.  This will be a completely separate storyline, set in a totally different part of the world but presumably during the same time frame.

AMC President Charlie Collier comments: “Almost from the beginning of The Walking Dead on AMC, fans have been curious about what is going on in the zombie apocalypse in other parts of the world, in fact, beyond requests for zombie cameos, it’s the question I get asked the most. Obviously, we all take our stewardship of the original franchise incredibly seriously and we, along with Robert, Gale, David and now Dave, are all proceeding with extreme care in order to ensure that we are offering fans something truly compelling, engaging and distinct. We’re thrilled to be taking this next step with these remarkable partners.”

The first names he drops up above refers to Robert Kirkman, Gale Anne Hurd and David Alpert who will come along from the original show.  It was previously announced that how this new show happen, Dave Erickson who is coming from his stint on ‘Sons Of Anarchy’ would be showrunner – and so he is.

Apparently Mr. Erickson has already submitted a pilot script that has blown the socks off the AMC brass – and so it begins.

Story creator Robert Kirkman chimed in “I know the fans are anxious to hear what Dave and I have been cooking up for this new universe of The Walking Dead, and I’m happy to be one step closer to sharing it with them.”

Now that the cats out of the bag, I’m sure news will be coming at us fast and furious – so keep it here. 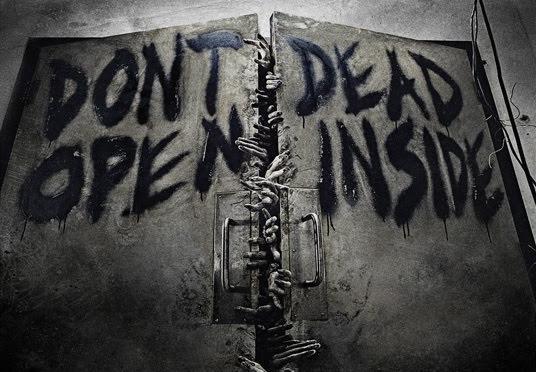