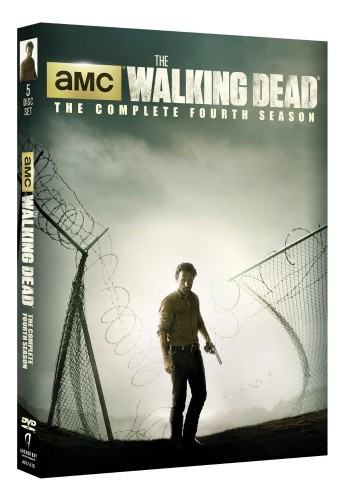 In this highly anticipated new season, we see Rick and the group of survivors fostering a thriving community in the safe haven of the prison. Sadly, in this brutal world, happiness is short-lived and walkers and outside threats are no match for danger brewing inside the fences. The group’s home and new way of life will be thoroughly tested, and their struggle to survive has never been so perilous.

Walking Dead continues to live up to its name with more vicious zombie attacks than all the Dawn of the Dead movies combined. At this point in the game, we’ve seen just about all from cannibalism, to intense violence to intestinal pillaging that will forever cement this series as the new standard. This all comes under the brilliant direction of Greg Nicotero (and a whole variety of episode authors) and the FX work that is done “so well” you’d think that these things actually exist. Why does the series stand alone so well and attach itself to consumers more than any genre series of late? 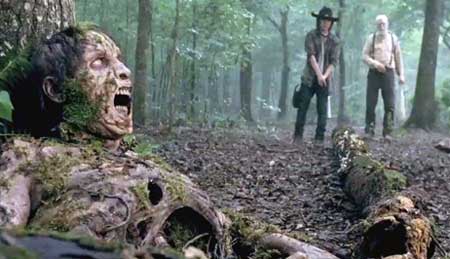 It’s drama is heartfelt and centers on the core issue of survival. By now we have grown to love the characters, even if we know that they might not last till season end. This aspect of regulars and sad goodbyes has become a staple trademark for this show. For the actors, well it must be hard to roll with such a well-loved series knowing that you could become the next casualty thus ending your run of fame and accolades. Rick Grimes (Andrew Lincoln) a series mainstay seems to manage staying alive from year to year with quite a few close calls in between. The man has suffered, been beaten to death, lived thru his wife’s death, lost his best friend and had to endure many close friends facing an often violent and horrible end. By season 4, it is clear that Rick has become a changed man thru all the chaos and heartbreak. 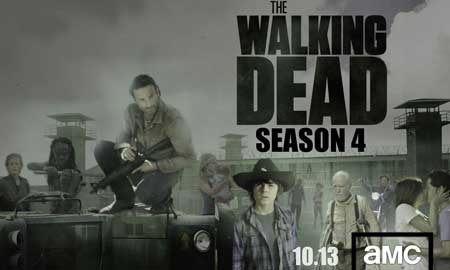 This is the show we’ve come to love. And this season is no exception containing a few of the most controversial moments in the shows history. As the prison safe hold is infiltrated and exposed to the un-living, the group that once fought side by side suddenly finds themselves off on their own. This separation and re-joining of characters provides the base for this season. Each group of characters in fact get exclusive episodes where they have their moments in the spotlight. We learn more about some of their backgrounds and witness the brutal world they have to endure. This brutality which consists of stabbing walking corpses in the head (almost daily) is found to be second in potential threat compared to some of the survivors brutal nature that still walk the earth. In that sense, we are given a underlying narration about the sadistic nature of man being the biggest threat even with corpsse walking among you with the sole desire to bite into your flesh.

The series begins at the prison which is still standing strong but has become infected quickly making its ways among the remaining residents. Without proper antibiotics, it appears that sickness is just as likely to claim the lives of the team as any zombie. With the Governor momentarily out of the picture, there is still unrest as to where he has gone and what his intentions are for those who abandoned him and left to reside with Rick and his group. 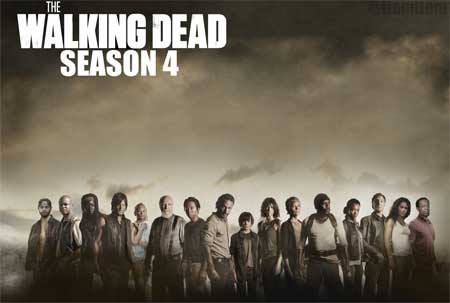 The Governor is left out of the first part of season 4 to allow for a return and flash back of what transpired afterwards including the extermination of the Woodbury army. When the Governor does returns it is as a recap of his wandering months as he tries to establish a new identity. For awhile it appears that he has turned a new leaf even making amends by protecting a family he meets along the way. The governor now in the company of Meghan, his latest love interest, is rescued by a group who bring them in under protection. This begins innocently enough until the Governor’s true nature begins to resurface, an evil suppressed knack for wanting quick power and control over others. The whole sequence of events is well played and unexpected as a subplot within the season.

Again as Rick and his group try and overcome their hardships they are again revisited by a re-armed “Governor” who attacks the prison and beheads Hershell as an act of war. The finale to this whole ordeal and the prison itself ends with a battle to the death between Rick and the Governor. Rick almost beaten to death champions the situation as the Governor is shot in the head in a most unexpected way. 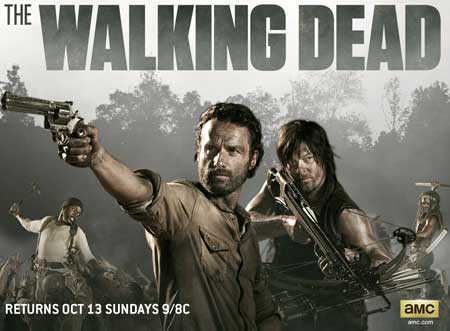 This begins the next chapter in the is season which is the “life on the road” episodes. Each group now separated due to the prison ordeal and zombie infestation is left on their own to brave the outside. Michonne, Maggie, Daryl, Carol, Lizzie…and others all make their ways separated and fighting to survive,. The trip include many challenges for each such as zombie attacks, vigilante groups, hunger, and just the act of seeking one another out to reunite at a better place.

Rick and his son Carl pair up with Michonne making for a small but effective group who can definitely handle their own. Rick is pushed to his limits finally coming to terms with his humanity and the rage that he will have to embrace to protect those closest to him.

All the while the groups head forward determined to a arrive at a sanctuary retreat called “Terminus”. The railroad tracks provide a pathway as each head to what they hope to be a future place they can call home. As we spend time watching these fragmented groups deal with survival and zombies,  the series also becomes a platform for seeking out lost friends and loved ones. Unlike previous seasons, this seasons is primarily about smaller groups of characters and actors enjoying more time on screen. 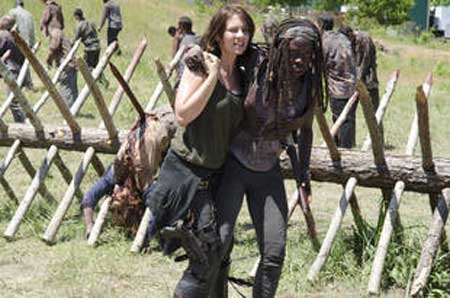 The destination turns out to be a dream come true hiding a nightmarish intention for newcomers. Rick and the group are subjected to this quickly while planning their next move. Its a fitting grand finale to a great season that suggest much more aggression and reckoning to come with the next season.

Season 4 proves a deeper setting for smaller groups to shine a bit more as subplots. We get less overall group and more segment orientated episodes that let the actors finally have chances to prove themselves outside of an ensemble setting. Its a violent season which also happens to contain one of the more controversial scenes of the entire series. Even with its extreme nature, it doe provide a emotional and psychology context as to how different individuals are affected including those younger and more naive to the subject of moral ethics. Season 4 will be remembered as one of the more powerful and diverse seasons. This perfectly compliments every other season leading up with its standout inclusion. 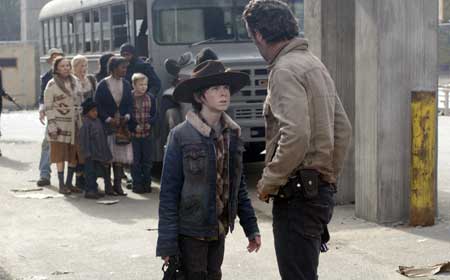