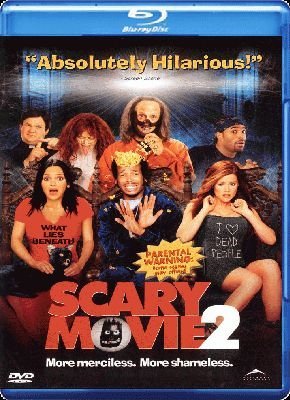 Four teens are tricked by their professor into visiting a haunted house for a school project.

It’s a wacky return to the “Scary Movie “franchise with this hilarious follow up up. Much in the style of its previous release, this film picks up not missing a beat on current horror trends. In fact, you might get your check list out as you mark off spoofed scenes from “The Exorcist”, “The Haunting”” Charlie’s Angels”, “House on Haunted Hill”, “What Lies Beneath”, “Poltergeist” and possibly references to a few others.

Director Keenen Ivory Wayans brings back its key cast members Anna Faris and Marlon Wayans as they take on a haunted house invite.

A group of teens including Cindy Campbell and Brenda Meeks are invited to spend a night in Hell House. Professor Oldman has convinced them it is for a school project, but the nights won’t slip by quietly. Master Kane is long dead, but still plans on enjoying himself, especially with Alex Monday. When things really start getting bad, the gang must work together to find a way to capture this ghostly menace. 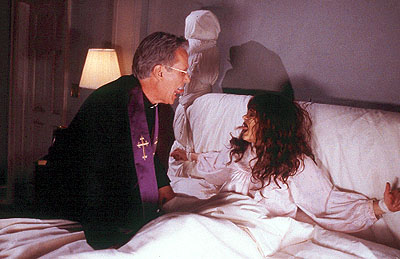 Tim Curry stars as the professor who is doing a psychological study on the invites. Though what they didn’t count on was some lingering ghosts and a weird butler named (Chris Elliott) Hanson. Hanson comes equipped with one tiny little claw hand that provides much of the films nerdy silliness. The cast is pretty rich with cameos and short appearances by the likes of Richard Moll, James Woods, Andy Richter and Veronica Cartwright.

Anna Faris stars as the likeable Cindy who we’ve come to love thru the “Scary Movie” Franchise. It also features the ensemble cast of Regina Hall as Brenda, Tori Spelling as Alex, David Cross as Dwight and Kathleen Robertson as the sex kitten Theo.

Getting back to the film, if you have always wanted to see a great spoof on “The Exorcist” then the opener scene to this film is just what you need. Hilarious moments include excessive pea vomiting, and the rather perverted Father McFeely who takes advantage of some of sensitive key moments. 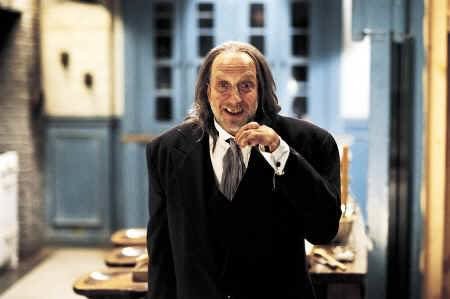 Andy Richter sports a mean looking black doo as Father Harris, and the comedy keeps on coming in spades. The Kane Mansion provides a perfect setting to weave in portions of several horror films done Wayan style. A few sexual jokes are incorporated so blatant that they amuse more than disgust. Though what’ll you’ll find is that when the Wayans want to make a point, extreme is the only way to fly.

David Cross and Chris Elliott are a hilarious tag team of dualing comebacks as they make fun of each others handicaps. Highlight moments include dinner time, a cat fight and the finale wheelchair battle.

And yes, there is even a quick bathing suit scene with the resident hotties in case you were thinking otherwise. 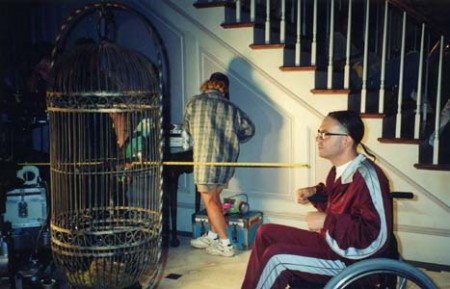 The movie grossed $141,220,678 worldwide on an estimated $45,000,000 budget.In fact checking, you might be interested in a few more tidbits such as the tongue being the same one used in the original Exorcist. It was also reported that the Father McFeely character was originally assigned to Marlon Brando and Charlton Heston.

Scary Movie is a great addition to the franchise that layers on thick helping of comedy, sex, horror movies and good times.

Scary Movie 2 is now available on Bluray from Lionsgate Film