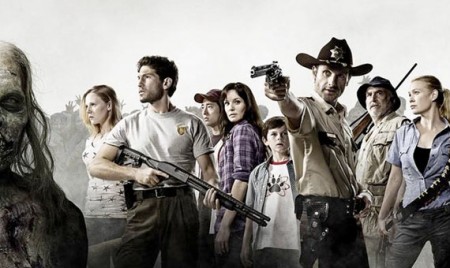 In anticipation for Season 2 of The Walking Dead, each week I’ll be bringing you a special look at our beloved cast of characters. This week we’ll look at Andrea. 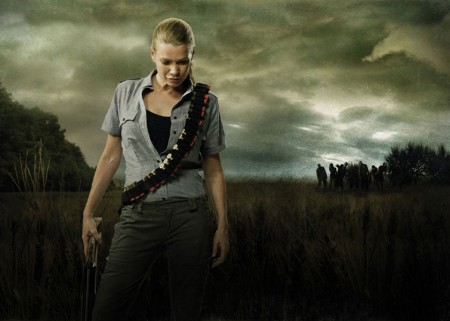 Andrea is one of the Atlanta camp survivors. Playing Andrea is Laurie Holden. She was a successful civil rights attorney living in Florida before the outbreak. While traveling with her sister Amy they became stranded in Atlanta. Dale Hoverath rescued them and they have been staying with him and the camp ever since. Andrea is very intelligent, cautious and extremely protective of her sister Amy. They might not have had the closest relationship growing up but Andrea will fight to protect her. Andrea is headstrong and opinionated. She looks at Amy like she is the last refuge for innocence that they have. Unfortunately Amy gets bitten by a walker and dies. This event changes Andrea significantly. She becomes stronger but also sees that there might not be a way out of this situation. She becomes cynical. She regrets not always being there for Amy when they were growing up and towards the end of the first season wanted to commit suicide with Dr. Jenner and Jacqui. Thankfully Dale managed to change her mind.

She also has a great shot and may prove in the second season to be a great marksmen.

Andrea’s character in the comics doesn’t really change except for the age difference between the two sisters. In the comic Amy and Andrea are only two years apart, in the television series they are over 10 years apart. 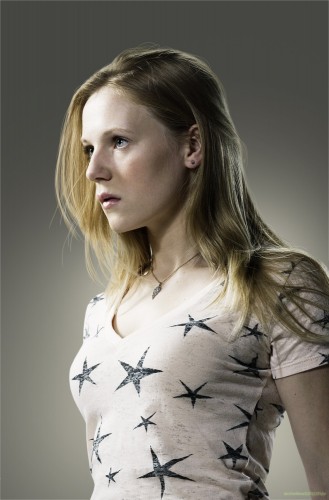 Amy: Amy is Andrea’s sister. She is very protective of her since Amy is her only family left. They are over 10 years apart so growing up for each of them was slightly different. She feels remorse for not always being there for Amy but desperately wants to make up for it. Amy is very innocent, mainly because of her youth. She retains this innocence up until her death which is the turning point for Andrea. Realizing she’ll never get a chance to makeup for not being in Amy’s life as much as she wants to, Andrea waits until Amy starts turning into a walker to say, “….I’m here for you now.” It was the most painful moment in the series so far.

Dale Hoverath: Dale rescued Andrea and Amy during the beginning of the outbreak. Dale becomes very attached to the girls. It turns out they are the first people he has come to greatly care for since his wife died. He feels indebted to them for helping him break out of his painful isolation and grief. He saves her from trying to commit suicide with Dr. Jenner at the CDC. In the comics their relationship progresses, maybe we’ll see more of their relationship in season 2?  She seems bitter to still be alive after he saves her, what place will they be in together?

Her relationship with other survivors vary. She disliked Rick at first because of his recklessness with a gun in Atlanta, dooming their makeshift safe place in the department store. Eventually they become amicable but she always speaks her mind and she is very strong. After losing her sister the survivors are also very keen to her inner turmoil and suffering. They know when to step in and when to back off.

Have I forgotten to mention anything else about Andrea? Who is your favorite character in the series or comic? Please sound off in the comments section and look out next week for the next Character Profile: The Walking Dead: Dale. Revisit the first season on DVD and Blu-ray and continue to read The Walking Dead comics. You’ll be glad that you did.