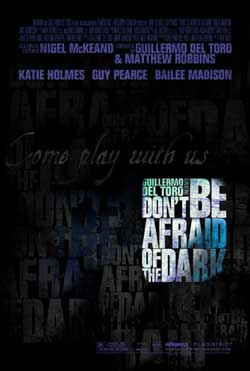 A young girl sent to live with her father and his new girlfriend discovers creatures in her new home who want to claim her as one of their own.

Wow, I hate to give a great director a bad review on his latest release. Though to be quite frank, this film should have been named “Don’t Be Afraid of the Movie”.

Now the correct thing here would be to approach this review from a 2 point perspective. One, this could almost be a children film if not for the killing scenes. In fact, if they took those out and softened it up a little, we’d be looking at a PG-13 movie easily. Remember those little things that came crawling out the 80’s? Yep, Critters, Gremlins….gosh am I missing any more?? Oh ya, Trolls….well you get the picture. 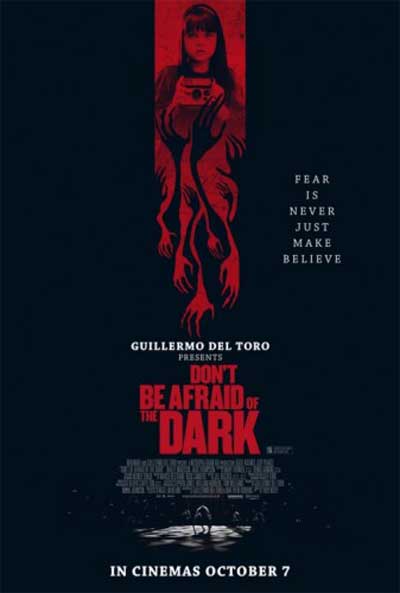 Don’t Be Afraid of the Dark, runs in that vein with a slightly meaner streak. We all know that Guillermo del Toro likes to mix in his fairy tails. Well this round, he literally mixed them in with a movie about killer fairies. Now if you are up on your lore, you already know that “real” fairies from the history books (ok fiction of course) are mean little sh*ts. They steal teeth, eat bones and kill off an occasional to grow in rank. Oh ya, Guillermo del Toro already showed us some in his HellBoy 2 movie. Go figure 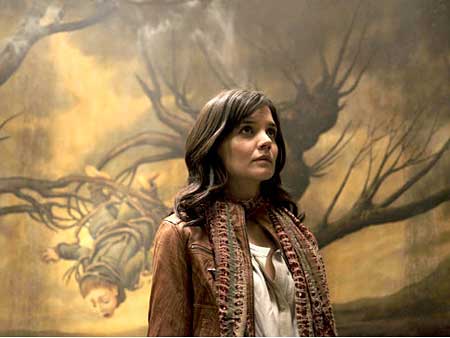 Ok, these ones are more animated, better designed and are at the heart of this tale. Now if you are anticipating the 2nd perspective, then this is really poor horror fan film. For one, it’s not scary despite the title, and 2, I think we were expecting something a little more daunting??

Emercon Blackwood, a famous designer and painter loses his child of which he soon after disappears himself. Now you don’t have to stay in suspense, as that scene is shown within the first 5 minutes. In any case, his basement fire place ash dispensary is home to some pretty deviant little critters.

Jump to the year 2011, and Katie Holmes is moving in with her boyfriend Guy Pearce. I mean Kim is moving in with Alex. They have agreed to let Alex’s daughter Sally move in with them as the finish renovating the house. An d what a house at that!….I think I would run a hose into that cellar and keep the house for myself. 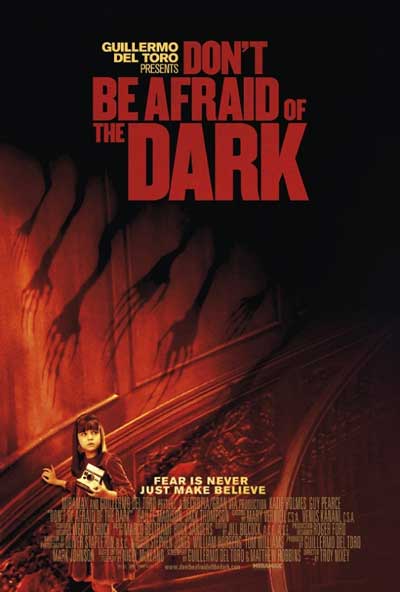 Though here is the thing, these little critters are pretty timeless and can wait for the next body to terrorize. They don’t like the light, but then again…Gremlins didn’t either. So I guess little things don’t like light. Now in the defense of the movie itself, the practical and cgi effects on these fairies is pretty decent. Katie Holmes is more on the blah side, maybe due to finding out what kind of movie she got herself into. Bailee Madison, the main actor of the film does a great job as a child dealing with some big issues. Guy Pearce is also pretty accommodating as her loving father.

Well then again, there are some concerns with Alex. Mainly his inability to recognize that his daughter is having issues that are terrorizing her and yet he ignores them to bring her right back in harms way. Director Troy Nixey I think did ok with the material. It’s a gray line between cute and horrific which would be hard for any director to juggle. There is some beautiful architecture in this film which makes for a pretty rich set. The films length of 99 minutes is definitely not too short, as I think this film could have been better served “as” a short, than a feature. There not alot to talk about, as the synopsis is pretty clear. 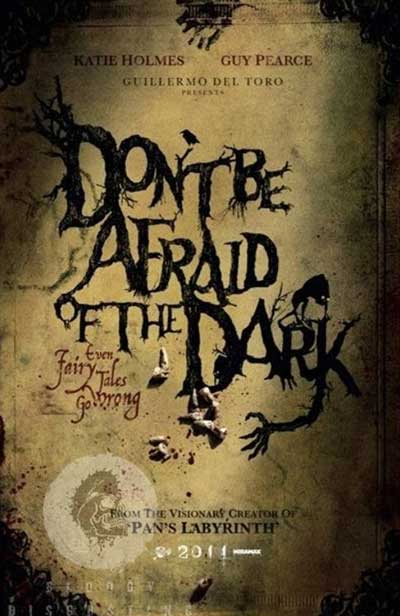 At the end of the day, this film just wasn’t for me. In fact I’m not really sure who it’s for. I was geared up to see a horror film and left with a blah reaction. There was few moments I was actually about to nod off. Do yourself and save your money on the $8 adult admission charger. A “Red box” rental for $1 will do the trick you wont feel like you spent your weekend money of a “just below average” session. 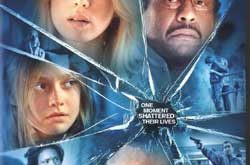