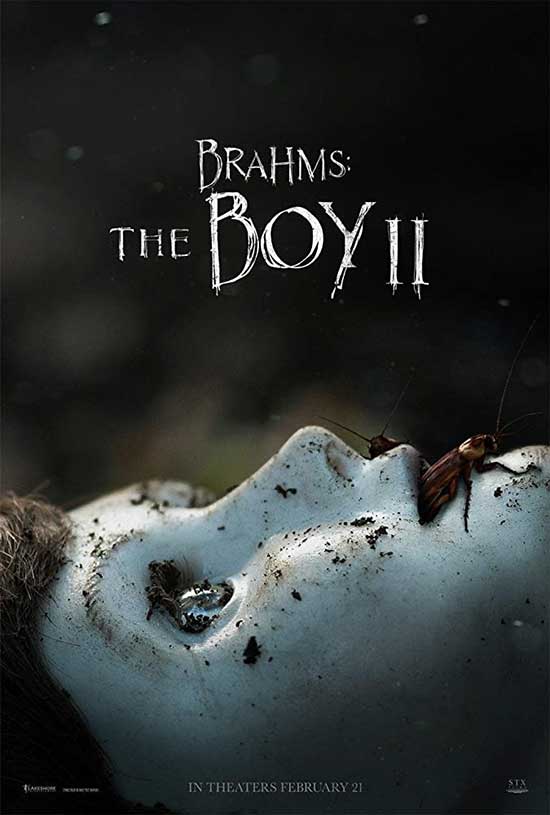 After a family moves into the Heelshire Mansion, their young son soon makes friends with a life-like doll called Brahms.

Right off the bat I am presuming you watched this film’s predecessor, The Boy. I will be spoiling said film and this sequel somewhat as it is kinda required to properly review Brahms: The Boy II. You have been warned.

Just to recap on the first film, The Boy was about a wealthy old couple who would treat a creepy doll as their son, Brahms who died at a young age. There were specific rules that had to be followed to keep the Brahms happy or else “odd” (AKA: boring) things would happen. The twist: You thought the doll was possessed, a la Annabelle, but the real Brahms boy survived, the parents kept him in the walls of the house and he would live vicariously through the doll. Kinda like how those awful mums live vicariously through their young beauty pageant slaves– I mean, daughters… 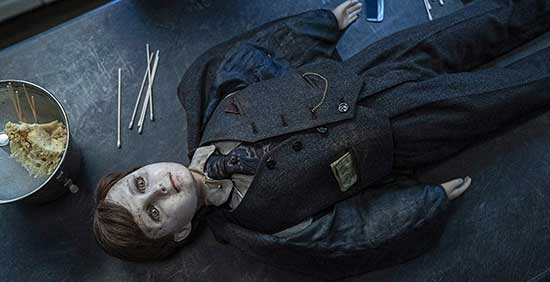 If I had to rate The Boy, I’d give it a 1 out of 5. The pacing was really slow, the characters were boring and the scares were minimal and cliche… so cliche. Blumhouse has already milked this genre cow to empty, drove over it with a roller, ground the flattened bovine remains to a powder, reconstituted it with the tears of children and milked it again, creating the cliche, boring shell of a genre we have today. The Boy brought nothing new to the table (how could it?) but the twist was interesting enough to give it a 1 star from me.

You couldn’t create a sequel to The Boy without flipping it on its head. We knew the twist, how uneventful would have the sequel been if we already knew it was a dude in the walls? Should Brahms: The Boy II had even been made then, you ask? A lot of the cool kid reviewers think not, but my argument is thus; Blumhouse spews out sequels and prequels with the bloodlust of a hot summer sun as a family of gingers venture outside and Blumhouse doesn’t even try to flip the script. Stacey Menear, the writer of this film and its predecessor, tried.

For better or worse, she tried and in my opinion, kind of succeeded. By no means am I saying it’s a good film, don’t mistake me here, but Stacey even tied it enough to the original film to make it somewhat logical. There are holes and questionable elements, granted, but by giving the sequel a supernatural twist, the creepiness was increased because now the doll moves! Okay, it moves minimally, but that’s a lot more than the first movie. In The Boy, Doll Brahams sat around like a 50s era male waiting for his wife to take care of everything and bring him a beer.

Admittedly, by making Brahms: The Boy II supernatural, you can’t help but compare it to Annabelle the reconstituted cow (say that 10 times fast), but it had some neat bits which made it mildly entertaining and kind of stand on its own. Firstly, the son (played well by Christopher Convery) of the new family doesn’t speak due to a previous trauma. He communicates via a notepad and this allows Doll Brahms to enter the family as emotional support object. Though the doll is creeping the parents out, it’s helping their son so they let him keep it. The mother (Katie Holmes) also suffers from trauma and has nasty dreams because of it. When Doll Brahms starts to “play”, her trauma induces confusion and conflict to her and the family. Is what she sees real, or just a figment of her traumatised imagination? 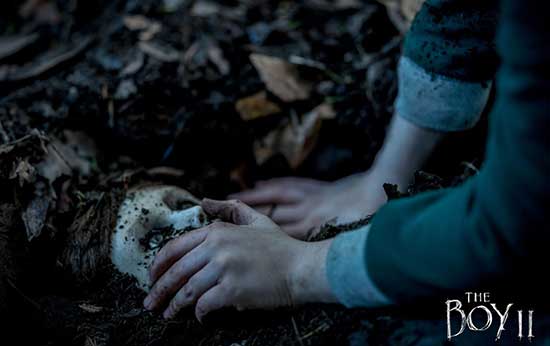 Without spoiling the film further, you can see there’s some building blocks to the script which could have meant for great conflict, creepiness and scares, and though the creepiness and scares are infinitely better than its predecessor, Brahms: The Boy II is unfortunately still average in this department. It plays too safe so you are never on the edge of your seat. To its credit though, it doesn’t over-utilise jump scares at all, a crutch I absolutely loathe and think is the lowest form of horror… The Blumhouse Juggernaut has no shame in doing it, ad Blumhouseam, of course. 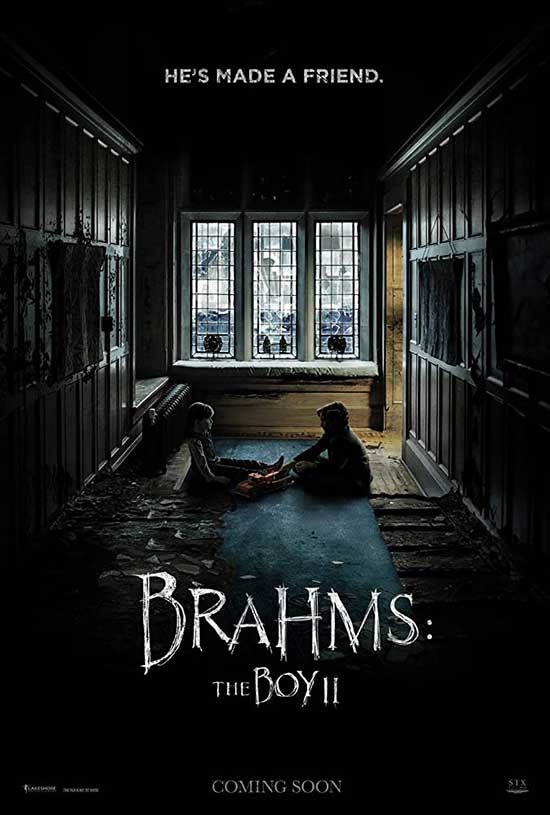 Ultimately, Brahms: The Boy II is a tame affair that offers nothing new to the genre and just teeters on the precipice of creepiness without ever tipping over.