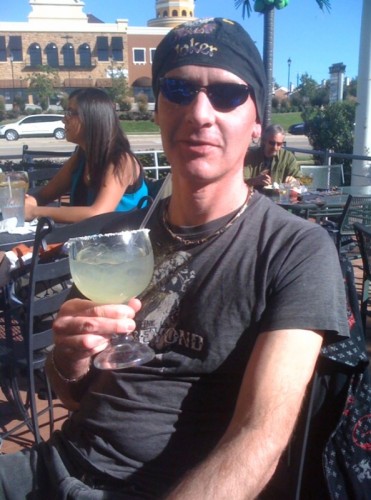 Unexplained Confidential presents an Interview with Nick Redfern about his new book, The Real Men In Black

When did your interest in the Men In Black start?

When I was a kid I got into reading the works of authors such as Brad Steiger, John Keel, and Gray Barker. These were three of the big names in UFO and paranormal research – and Brad still is to this day, I’m very pleased to say. And all three were deeply involved in researching and writing about Men in Black encounters.

Plus, they each had a great way of telling a story, with a lot of atmosphere, intrigue and downright horror. And when – like me at the time – you’re 11 years old and reading this wide-eyed in bed late at night, it really captures your imagination! So that was my introduction to the Men in Black – an amazed kid wondering about who these darkly-dressed, menacing characters were!

Well, there was a lot of stuff going on then. All across the US people were establishing UFO groups, the Government was secretly looking into the UFO subject, and you had things like the “Reds Under The Beds” scares. And so there was a lot of paranoia in early 1950s America about UFOs, communism, fears of nuclear war, and things like that. And out of all this, the menacing Men in Black came visiting.

One of the people they visited in the early years was an unusual character named Albert Bender, who was deeply interested in UFOs, the occult, and horror movies, and who lived in Bridgeport, Connecticut. Bender set up a very popular UFO group called the International Flying Saucer Bureau. But, at the height of its popularity, Bender suddenly shut the group down, alluding to an ominous visit from three men in black suits who warned him to quit UFO research, if he knew what was good for him. And he did quit. So, it’s against this backdrop of paranoia, Cold War fears, UFO encounters and things like this that the MIB first surfaced.

There’s no doubt that – as is the case with the Hollywood Men in Black movies starring Will Smith and Tommy Lee Jones – that at least some MIB are agents of government departments. I include in my book a number of cases where files have surfaced under the terms of the Freedom of Information Act clearly proving the MIB were working with branches of military intelligence, the FBI, and CIA. So yes, some MIB are from the government, but not all… 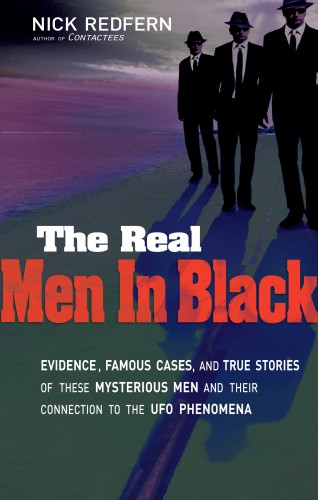 Are Men In Black appearances limited to the United States, or do they have a Global presence?

Yep, they are seen pretty much here, there and everywhere. In my new The Real Men in Black book, for example, I include cases from the United States, England, Mexico, Puerto Rico, and elsewhere. So, it’s pretty much a global phenomenon.

I understand that there have been photographs taken of the Men In Black. Do you know if there has ever been of effort to try to identify the men in these photos?

Yeah, photos have been taken. I reproduce two in my book, both from the 1960s. Attempts have been made to identify the MIB, without success unfortunately. But, to my mind, what makes these cases important is that they demonstrate the witnesses were definitely seeing someone.

And in the photos we have, they look just like the classic, definitive Men in Black with black Fedora hats, black sunglasses, black suits, and kind of expressionless, zombie-like faces. It would be very cool if they really were zombies. As a huge fan of zombie movies and undead literature, I actually look forward to the possibility – however remote! – that one day we will be faced with a classic Night of the Living Dead/Dawn of the Dead style zombie apocalypse! That would be my ultimate dream: the collapse of civilization and the rise of the zombies led by the Men in Black! And, of course, a few hot Women in Black, too!

The television series FRINGE is based on the concept of a parallel universe and the characters known as Observers are known to show up at many historical events and serve a greater purpose to this ongoing storyline. Could this work of fiction be playing out in real life with the Men In Black?

Although many people assume the MIB are agents of government, the fact is that these cases are just the minority. The vast majority of cases involve MIB who seem far more like the Observers in Fringe. They act odd, they look kind of weird and enigmatic, they wear clothes that went out of fashion 30-years ago, and everything about them is kind of creepy and unsettling. In fact, the Observers in Fringe and the menacing MIB in the 1998 movie Dark City are far, far closer to the descriptions of the real Men in Black than anything that might surface from the depths of the Pentagon!

What is the theory that the Men In Black are of supernatural origin?

This is actually a very popular theory among a number of researchers of not just UFOs, but also within esoteric and paranormal research circles, too. In my The Real Men in Black book, I include cases where people had MIB experiences after using Ouija Boards, and also witnesses to the Men in Black who had poltergeist activity in their homes directly after their encounters. This seems to clearly imply that at least some MIB are much weirder than many people suspect.

You write about topics that many people would rather keep “hush, hush”, especially the Men In Black. Have you ever been contacted to stop writing or back off?

No, I haven’t. But if the MIB did visit me, it would definitely backfire, as I would blow the lid on them and splash the story all over the pages of my next book!

What is the story about Marie Jones experience with the Men In Black?

Marie is a good friend of mine, and she’s also the author of a number of excellent books, including PSIence and 2013. Back in the mid-90s, Marie was deeply involved in a number of alien abduction cases, and helping abductees with their experiences. And, it seems her abduction research attracted the attention of the Men in Black. She told me how she would get these weird intimidating phone calls from these mysterious characters, and they would tell her what she was wearing, even what book was on the bedside table. Things like that. They were clearly trying to intimidate her. Then one of her colleagues began to get get visits from the MIB, strange emotionless beings that really frightened her. The result was that this really traumatized Marie to the point where she walked away from the abduction research – and I do think that was the goal of the MIB all along.

What is your personal theory on who the Men In Black are?

For me at least, there’s clearly at least two category of Men in Black – and there may even be more than that! But, there’s definitely the government angle. We can prove that with files that have now surfaced via the Freedom of Information Act. But, there’s this other category of MIB – the type that visited Albert Bender in the early 50s, for example – that look weird, that act strange, and that really seem far more alien or supernatural than they seem to be government agents. My view is that this second category of MIB might actually not be unlike the Fringe guys. The real Men in Black may very well be the inhabitants of some other realm or dimension – I really do believe that. And silencing witnesses to certain UFO and paranormal phenomena seems to be their main agenda.

Thanks Nick,  Fantastic and Informative Answers!