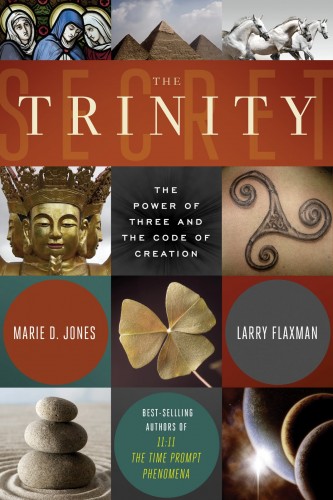 In this latest release from the team of Marie D. Jones and Larry Flaxman, we look at the mysteries of the number 3. More importantly, its seemingly metaphysical characteristics that bridge over into religion, historical data and our past which has this certain affinity with the idea of tri and its many related classifications.

The book takes a hard look “rightly so” in its first chapter at Christianity and the Holy Trinity. The research here feels solid. It is quoted with several bible verses and usage of trinity over the course of literature, sculpture, and interpretational realizations . Mainly the argument is made that if God is one then why the separation and change in the thought process that God is actually 3? This of course being God, the son and the Holy Spirit.

Digging deeper it is determined that the Holy Sprit is not an entity at all but rather a factor of the 3. Though this is confused as it’s pointed out in the way the Holy spirit and its relationship to the 3 is described in past literature. It’s still fascinating even if the issue is most likely left to faith and a deeper connection than the attempt to simplify the unity into a way that makes sense. This sets the stage for the Trinity. It also points out that if the Trinity is carried over in other religions, it makes sense that a certain unity should also provide evidence that we are not as separate as we believe. This is a controversial area, that is best left alone. We may never find the rightful understanding that seems obvious but elusive to the world religions. In all, the main point here is ….we should really take a closer look at our fascination with the number 3…….therefore an important foundation for this book release.

3, divisions of 3, 9, 6….all these are covered in more or less fashion. I found the section on “sayings of 3”, highly entertaining if not curiously accurate. “Ready, set, go…Tall, Dark, and handsome…ready willing and able…..it goes on and on. While this section is pretty funny when taken into retrospect, it does help drive our fascination with putting things into groups of 3. The obvious Heaven, Purgatory and Hell are only a tip of the trinity associations that are found within all cultural traditions. How bout 3’s in Paganism, Kabbalah, Hermetic, Gnostic or Thoth for that matter? Did you really make the connection? This book has, and for that matter grounds for investigation.

Fans of the “Secret” will find that this book also makes plenty mention of the “secret” ways. Not as a focus, but as a reoccurring fallback. Is their a secret TO the “secret?

I’ll guarantee you, after you’ve read thru this, you’ll really grab a sense of our triad system of life. I don’t think a book of this nature could be written on 4’s,5’s or 8’s. Maybe a 7, maybe a 2…..hard to tell. Rather than pointing out the obvious, I believe the heart of the book here is our divine relationship with 3. A form of god number, so to speak even though 3 sixes are not. Jones and Flaxman have invested a great amount of research that stands out in spades….spades? Maybe more appropriate would be in clubs or clovers. Puns aside, when you get down to it, how many others do you know who will dig up everything they can find on the number 3? It’s that conviction of intent that makes us a smarter world. And now smarter readers.

The working team of Marie D. Jones and Larry Flaxman are no strangers to number theology. Their previous studies and book releases have proven they have what it takes to do the important fact finding. Even with having books that are rooted in number study, it still manages to hold interest to the reader and not get buried in glassy eye fact collecting. This is the talent of the writing team, which makes the release really important AND compelling to a consumer base. If you ever wanted to know more and were afraid to take the plunge, I cant think of a better way to do so than in the company of Jones and Flaxman. 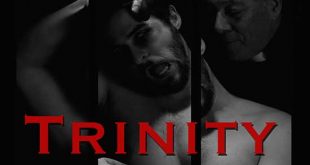