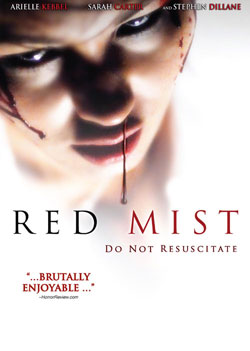 A young doctor decides to test an experimental drug on a man who’s been languishing in a coma, and the procedure has unexpected consequences: Although the man’s body remains rooted to his hospital bed, his spirit can move around at will. Now, the crazed patient can inhabit unsuspecting bystanders and force them to exact his revenge. First on his list? The meddling medical students responsible for his comatose condition.

Catherine (Arielle Kebbel) and her other medical student friends go out for a night of partying. The future doctors are busy drinking and pill popping. The hospital janitor Kenneth (Andrew Lee Potts) who seems autistic and obsessed with Catherine as she seems to be the only person who is ever nice to him follows them to the bar. He has recorded with his cell phone the fact that the group got their pills from the hospital. In fear that Kenneth will report them they make Catherine invite him over and they drug him wit the idea if he is wasted too he can’t report them. He goes into what appears to be epileptic shock. The group panics and dumped his body outside the E/R rather than calling for medical help. Kenneth goes into a coma and Catherine is the only one who feels remorse for her actions and she tries to find a way to save him before his life support is pulled. She researches and discovered what she hopes is the cure and rather than waken Kenneth it gives him the power to travel outside his body and use other people to get revenge on the students who wronged him. Catherine races against time to save her friends.

It seems to me I have seen this story before or something very much like it, but I can’t remember the name of the movie or maybe it was just a group of movies that makes this one seem like I have seen it before. Nothing wrong with a familiar story as I think they say there are only seven different plots in the world and it all depends on how you tell the story. “Red Mist” is Paddy Breathnach’s second direction attempt, the first being ‘Shooms” which seems to have a lot of bad press for some reason. I didn’t hate ‘Shooms” and am a big fan of the talking cow in that movie. As a matter of fact I wish the cow had been in this movie as well.

The camera work in the movie is strong and there is a good look to the movie, which is able to sell Ireland as being a part of the US. The cast is attractive and aren’t just the current stars of the CW network. The acting is good but the script is rather paint by numbers and you will have no trouble seeing where the movie is going long before it gets there. And ending is out of the ‘80s and really unneeded.

One of the biggest issues I had with the movie was I really didn’t have anyone to root for, Kenneth is a victim but very creepy. The movie shows a flashback with his hooker mother getting killed and he likes the blood, so its harder to feel for him and enjoy his revenge. The med students are pretty and mean and should be punished for what they did to Kenneth. Catherine who is supported to be the heroine didn’t do much to stop her friends from almost killing Kenneth. When it comes time for her to face Kenneth and stop him from killing I really didn’t care who won.

The kill scenes are effective and make you happy that it least this isn’t one of those PG-13 remakes we are being flooded with. The plot twist of having the coma patient control people to do the murders give the film some strengths as you are not always sure who will be taken over to kill who. The possessed having nosebleeds as they are taken over is not a new idea but it works. I am not sure if the actresses had a no nudity contracts but the film seems to enjoy showing them in their underwear for long periods. Which I am not against seeing women in their underwear but I was wondering if there was a fetish in Ireland I didn’t know about as one of the scenes were really long.

I know I sound hard on the film and maybe I am as it was filmed well and has great production values for a low budget movies and it has a lot more going for it then some of the current horror movies out there.

– Some creative kill scenes.
– Good acting by the entire cast.
– Good look to the movie, looks like it cost a lot more than it did.

– Seems familiar, I have seen this all before.

– No one to root for. Give me someone I like. Catherine was just too willing to let bad things happen before she starts to do anything.

– I really don’t know much about the characters.

– The ending really sucks (and I am not giving it away for those who don’t know what is coming).

So “Red Mist” is not a bad time waster but not very original either. I would watch it with some friends and a pizza and talk through the slow parts. No popcorn this time, pizza and a drink and I give it 2 and half stars. It was released by Anchor Bay Entertainment and you can find it on Amazon.com 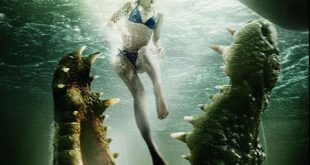 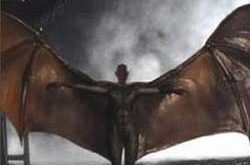 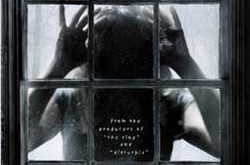