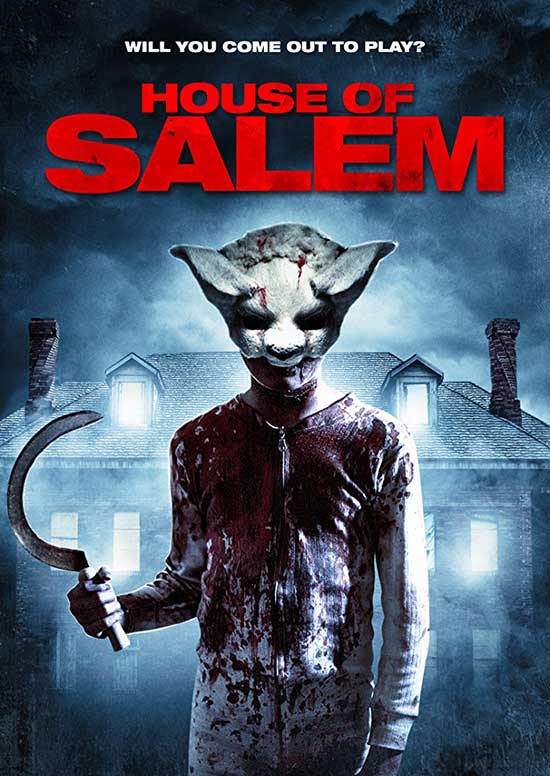 A group of kidnappers become a child’s unlikely protectors after discovering they have unwittingly been set up to take part in a satanic ritual. As they begin to uncover the truth of the house they find themselves trapped, they must battle demonic forces and uncover a legacy of over a hundred years of murder in the name of the Devil.

When settling in to watch a horror movie about which you know nothing, it can be a very good thing if you find yourself 10 minutes or more into the flick, and you start to wonder if this really IS a horror movie. “House of Salem” does that by giving you a supernatural type opening that quickly morphs into a home invasion/kidnapping. And things lock fairly tightly on that crime drama thread, for a while.

Slowly, the supernatural starts to trickle back into the story, and suddenly the bad guys may not be the real evil in the story.

It seems like this is becoming a trend with the whole spooky stuff that turns into a crime/home invasion which becomes something more evil/sinister/supernatural/etc. “The Babysitter” was a fun one. “Better Watch Out” gave things a nice spin through some early misdirection before revealing its real source of evil. To be honest, the home invasion as an introduction to the real horror is pretty much a trope at this point.

Still, certain tropes can still have new life breathed into them if handled properly.

Josh is an overly-sensitive child who seems much younger than his actual age due to almost crippling fear of nightmares and the world in general. He attempts to warn his babysitter that he is in danger; that strangers are coming for him. He knows because a whispered voice is giving him updates. Voices from the dead. Yup, this kid is the gateway to Cthulhu’s winter gala.

Soon, the babysitter is out of commission, the house is full of leather-clad folks in creepy clown masks, and Josh is begging the kidnappers not to take him to “the house” because it is haunted.

Not a chance of things going south. Right?

You know things are definitely going off the rails when Josh’s guardians come home to find the babysitter bloodied but still alive, so they then shotgun the girl full in the face. Yeah, someone isn’t telling the truth somewhere.

Members of the crew slowly start to realize that truth is shifting faster and more often than Jason Statham in the Transporter movies. The story that this was just a simple kidnap/get the money job starts unravelling, and even the kidnappers realize that forces are working to turn them against each other. Unfortunately, the unhappy spirits of those who had been held in the house before the current group become more and more aggressive as the night gets later and grows longer and ever darker. 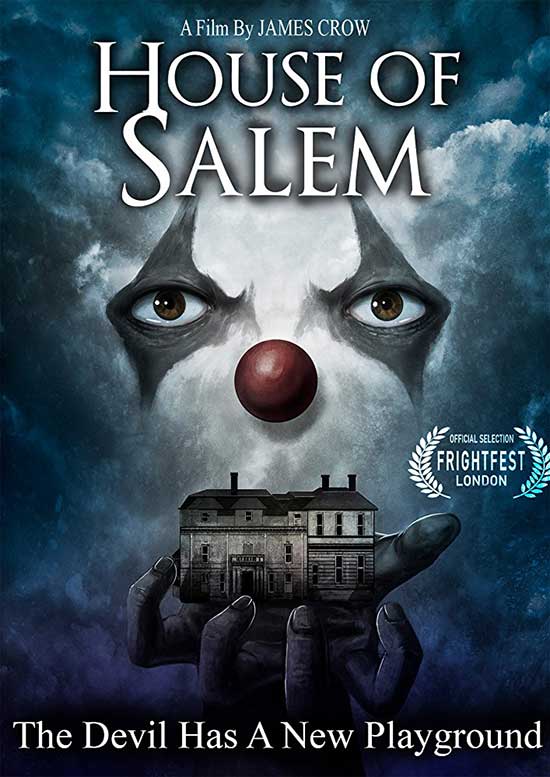 Overall, “House of Salem” is a cracking great time on a pretty crap budget. I mean, writer/producer/director James Crow plays an excellent game of Where’s the Lady? by keeping the various storylines and character interactions crisscrossing in a game effort to keep you mentally occupied so you don’t notice where the budget (lack of, actually) shows through. A few scenes are padding, but at least they aren’t filled with red herrings to confuse you. Mostly, the film stays on track, and does not heap pointless nonsense to fill the run time.

Where the film excels, especially with a low budget, would be in the area of performances. A character-driven film such as this requires at least adequate performances to keep your audience from throwing up their hands in disgust and walking out. “House of Salem” gives you mostly uniformly solid performances.

Jessica Arterton plays Nancy, one of the kidnappers, and her performance is noteworthy because her character is pretty much the believable hook that the whole film hangs on. If she had not inhabited her character, who is not only strong and perceptive but also sympathetic and likeable, as well as she did, the whole movie could have fallen with no means to get back up. 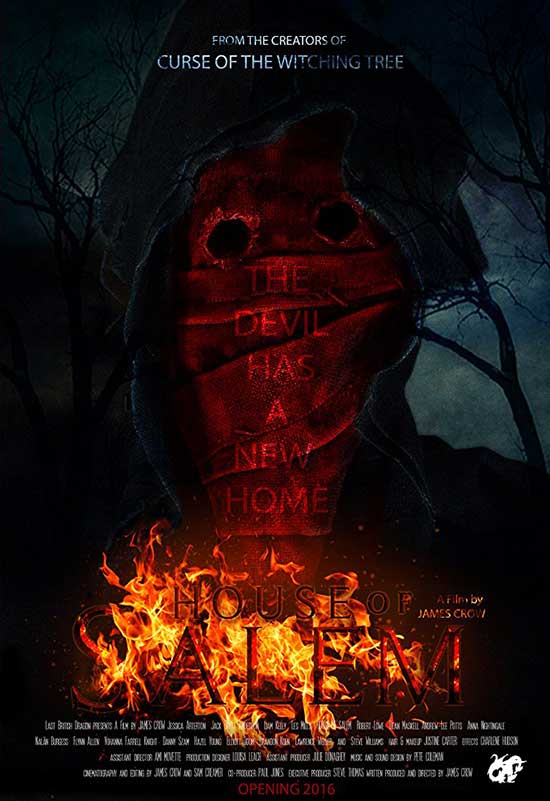 Leslie Mills gives a very natural performance as the gang leader Jacob. He is at once oily as a snake, as sinister as a fourth-degree sunburn, and as unnerving as IT. You actually want to like his character even though you know he will be the last one to believe in what is terrifying the others.

In his first film role, Liam Kelly plays the focal point of the whole film as Josh, the disturbed and frightened young boy taken captive. Yeah, every now and then the urge to give him a nice tooth-rattling shake and an open hand across the back of the head does crop up. Still, he spends the biggest bulk of the film on camera, and you never get the sense that this is just some kid going through the motions; he earns his respect, one scene at a time. 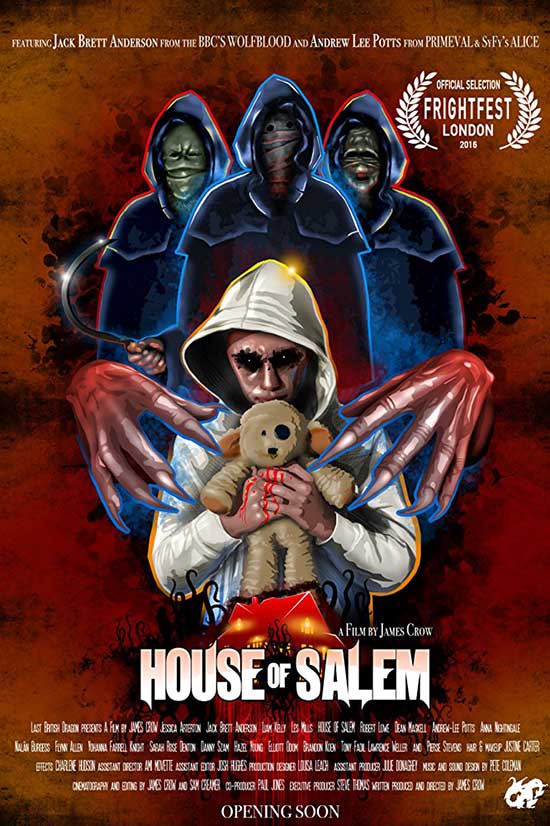 Definitely give “House of Salem” a chance. Not saying it is a must-buy, but it IS worth taking the time to find and watch if you like your horror with a nice touch of crime drama to keep things semi-fresh. Plus, you may find yourself realizing that this movie could be a definite launching point for a number of careers. Who doesn’t want to support something that intriguing?