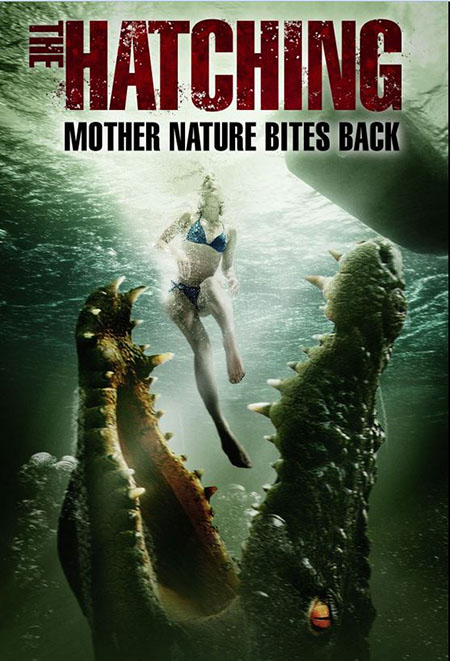 On the death of his father, Tim Webber returns to his childhood village in Somerset to find something sinister is disturbing the idyllic peace of the villagers.

There are many types of conflict in storytelling. For horror, one of the more prevalent is human versus nature. People love watching animal attack movies. From King Kong to Jaws to the more recent 2 Lava 2 Lantula, animals have terrorized screens for generations. Like all types of movies, there have been highs and lows. But there are far more movies in that disposable middle area. The Hatching falls into that territory, being neither great nor terrible.

The Hatching began fifteen years in the past as a group of young boys broke into a zoo to steal crocodile eggs. Tragedy struck when one of the boys was attacked and killed by a crocodile. In the present day, Tim (Andrew Lee Potts) returned to the town where he stole the eggs in order to run his father’s business. Disappearances and deaths began happening. When a crocodile tooth was found at a local marsh, people began to suspect that the stolen eggs had grown into terrifying animals.

Jaws was a major inspiration for The Hatching. Much of the movie depended upon seeing some of the crocodile by never witnessing a full attack. There was always the looming threat of the creature below the surface of the water. It wasn’t until the end of the movie that it showed its true ferocity. This helped build tension as there was always anticipation to see how violent the creature could be. It eased off when people would leave the marshy area, but built up again with the missing people and near attacks. The movie built its sense of danger well.

No animal attack movie is complete without a human antagonist to add to the problems. In the case of The Hatching, that came in the form of Uncle Stan (Justin Lee Collins). He wanted Tim’s company and was trying to push Tim out of the leadership position. He threatened Tim at work. He threatened Tim at the pub. He even threatened Tim’s personal life in order to get at the company. Uncle Stan was doing whatever he could to get a hold of it. Though it wouldn’t be tied into the crocodiles until the end of the movie, this subplot added to the character work that the movie attempted.

There were other characters important to The Hatching that are worth mentioning. Russell (Jack McMullen) and Lardy (Danny Kirrane) were introduced as a form of comic relief. They were best friends who liked to fish together. The two of them were the bumbling goofballs who were part of the main story without being the main characters. They were the guys who captured the first of the crocodiles. By the end, they became major players in the story. The actors struck the right spot for their performances to make the characters likeable, but also slight jerks. It’s a hard line to ride. McMullen and Kirrane did a good job.

The community built in The Hatching helped make it enjoyable. Each character felt like they had a personality and a background, even if that background wasn’t referenced directly. There was a history that came with the town and the people in it. Everyone knew each other. Everyone had known each other for years. Nobody felt like an outsider. When something happened, everyone was affected. It was a small town brought to life in the right way for a horror movie. 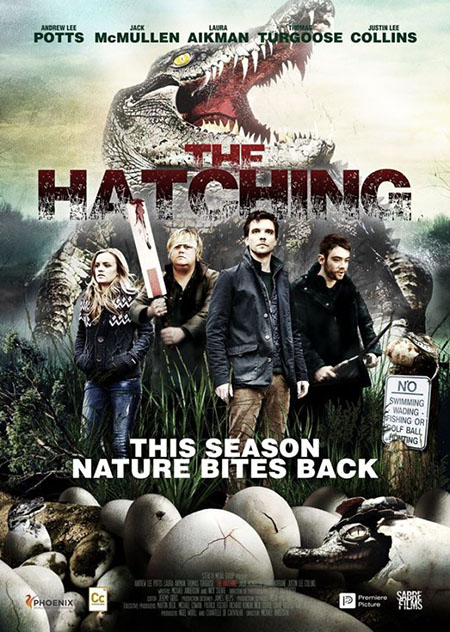 Though there were many strengths that came with The Hatching, the movie missed reaching the heights that it had the potential for. The third act took an unexpected turn that hurt the movie. It was as though another movie had encroached upon The Hatching’s territory and influenced it into being something it wasn’t. It could have been a solid lower-tier horror flick, and it still is, but that final third weakened a strong enough animal attack movie. It made it disposable. It’s still worth checking The Hatching out, but there’s nothing to make me want to implore you to watch it. It’s good. It’s not great. That’s its biggest weakness. It has wasted potential.