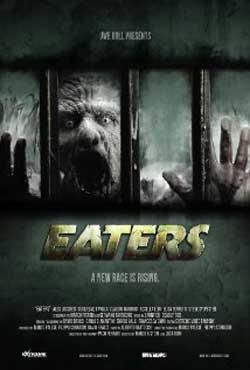 The world – devastated by the Great Epidemic – is governed by hordes of living dead. Three men – Igor and Alen, two hunters of dead and a scientist, Gyno – try to give an answer to what has happened to the human race. Alen and Igor leave for two days of hunting to find new “guinea-pigs” for Gyno and meet the most varied characters: a crazy painter, neo-Nazis and a mysterious girl, daughter of the feared Plague-Spreader, supposed craftsman of the epidemic…

The 2010 film “Eaters” is being presented as a “Uwe Bolle presents” production, but from the looks of the credits, it doesn’t look like he had much to do with the film. I must say that with the recent creations of extreme films he has had his hands into, I was kind of hoping he was behind the production. However, moving on, have no fear as there are some nasty, nasty zombie scenes in this Italian horror film. We are far into the onslaught of zombie films these days, that I think it takes a deeper level of realism to really make an impact. The good news here is that the zombie effects are really dirty, gritt,y leaking all sorts of black oozing deep red zombie gook. The film at times was almost designed to bring a sense of compassion to these rotting flesh eaters even though they are highly horrific and dumb as nails.

Igor (Alex Lucchesi) and Alen (Guglielmo Favilla) set off on a small mission to bring back some fresh meat. The live corpses are for Gyno, a scientist bent on discovering what really happened to humanity and the cause of the viral outbreak. His experiments consist of living zombies and bit parts that he can toy with while conducting tests.

Meanwhile Igor and Alen head our to make their way past the world meeting a few odd balls in the process. The first pair of psychos seem to be enjoying sport shooting at half dismembered corpses while they wiggle about. The stopovers include a few more unique characters on the journey.

Although they are clearly a militant pair, you grow to like them and what they stand for. The world has pretty much gone to hell and that’s not only referring to the walking corpses. From the ashes, the few remaining survivors have taken up all sorts of “pass the time” activities. The zombies still manage to remain effective lunging out at a moments notice hungry for whatever meat they can dig their teeth into.

The added addition this film brings is a few new approaches. Namely zombies with weapons, some zombies that talk and well …..a zombie baby. It’s not as clear cut as I mentioned, so you are surely in store for some realizations later in the movie. Though I had to mention it as a “turn you head” point in the movie. We open up on the news of the viral plague that gives us a window into what happened. Though the film remains pretty comfortable in its aftermat-Mad-Max environment. Did it have slow points? Yes, a few, though I wrote them off as establishing a character bond between Alen and Igor. The film setting was set in Tuscany, Italy and has enough apocalytic edge to work.

What I really enjoyed about this film was the varied practical effects and zombie looks the characters encountered. These things varied from slimy, to crusty to just god-awful looking excuses for walking bodies. One experimental corpse sits in his own feces while eating his intestine for snacks…good times there. A few others sport rotting bodies and detailed skeletal facial constructions. I’ve seen my share of zombie films and you not gonna get much better in the makeup department as the work done here. The credit in that department goes to Francesca Cioni.

The movie was a first time directing for Luca Boni, while Marco Ristori on the flip side has seen plenty of projects with a focus on the “short film” side.

In closing, I think if you have any affinity with zombie films, this one should be on your list to watch. The makeup is stellar, and the story has its appealing moments that makes it all worthwhile. 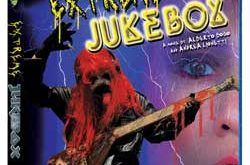 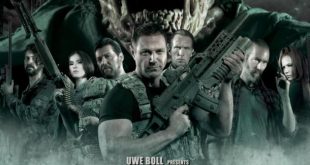 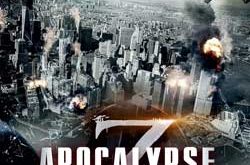 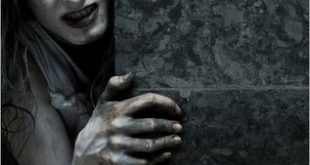