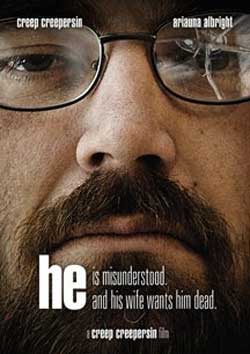 A very bizarre and paranoid man sees, does, and hears a lot of weird things as his miserable wife slowly goes insane and plans to kill him.

First off, let me just say that I love low-budget and independent films of all kinds. I think that most independent films are a million times better than the majority of the mainstream garbage that Hollywood pumps out on a weekly basis. Having tried my hand at independent filmmaking (as a director, writer, and actor), I know how frustrating and difficult it can be at times to even get a single shot on camera without there being a major problem involved. With that being said, I admire the people behind “He” for giving it a shot. I really do. They tried at least to put together a movie on what probably a shoestring budget and worked with what they had. I applaud them for the effort they put into the film as well as just for having the balls for actually attempting to make a movie as I know it can be a living, breathing nightmare. However, the end result is nothing short of a horrible mess of a film that makes absolutely no sense on any level.

I honestly have no idea what this movie was about. We follow around this guy who sort of looks like a cross between Kevin Smith and George Wendt (with a little bit of Zach Galifianakas thrown in there for good measure) who walks around making strange noises, talking to people who aren’t there, having awkward conversations with his wife (and others who may or may not be there, I have no idea if everyone else was just in his mind or what), killing people at a cook out, and singing a very odd and disturbing song about vaginas (in a scene that went on way too long). 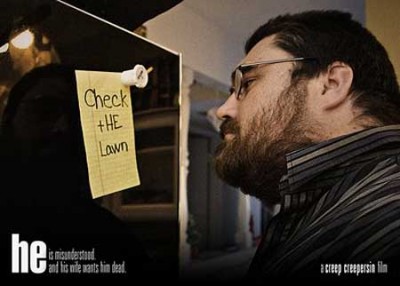 That is pretty much everything that happens folks, no kidding. Oh, we also have the sound of a ticking clock for no obvious reason throughout the movie as well (what was the point of it, you may ask? I have no idea). I seriously don’t know if this film is supposed to be a comedy, an artsy fartsy David Lynch or David Cronenberg kind of flick, if it is supposed to be a weird and out there mind trip like “Donnie Darko,” or if a bunch of people just got together and threw something together in about 3 hours just to see if someone would review it if they submitted it to be screened. It honestly made absolutely no sense whatsoever and do be honest I just don’t understand what exactly the message behind it is (if there even is one). Maybe I am just stupid and missed something, but I just didn’t get it. Is the main character schizophrenic and everything is just going on in his own mind? Does he have a split personality? I really just don’t know.

In addition to a pretty bad (or should I say non-existent) plot the characters are pretty lousy too. We have the man (his name is never said) who is played by Writer/director Creep Creepersin (really?) who pretty much just walks around talking gibberish and acting nervous. We know nothing about this guy other than the fact that he is obviously mentally disturbed and he thinks people are watching him. His wife played by Ariauna Albright) mopes around the house the entire time, yells at the man because he can’t get her pregnant, cries when she finds dirt in his pocket (what the hell?), and sits around thinking about killing him. She also enjoys working on crossword puzzles and sitting around looking completely and totally insane. There are other characters too, but I really don’t understand the point of any of them so they aren’t even worth discussing here. I assume that all of the other characters in the movie other than the man and the woman are just in the man’s head, but I am not certain.

I have seen some strange films in my life, but this one pretty much takes the taco, folks. I went into it wanting to give it a chance, but after spending about ten minutes or so trying to figure out what the hell was going on I just gave up. I couldn’t make heads or tails out of what was going on, so to be quite honest if someone asked me what it was about I don’t think I could give them a straight answer. Check it out if you enjoy watching weird things, but don’t expect it to make a damn bit of sense. If anyone does watch it and understands it, could you please let me know what was going on? 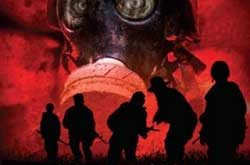