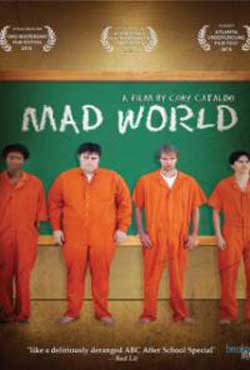 Four troubled teens, with nothing to do in their empty lives and no one to turn to for guidance, are tormented by all facets of society, including their parents and teachers, forcing them to become men much faster then the world is ready for. The result – destruction.

You can always sense a great film right from the get go. If you’ve spent as much time as I have with cult movies and dark comedies, you’ll sense the patterns that emerge. “Mad World” directed by Cory Cataldo is one solid and well written piece. And for a first time feature director, Cataldo is one to watch for in the coming years. But future aside, the here and now is this great little flick called Mad World. Teen angst stemming from screwed up parents, screwed up relationships and worst of all a high school that is relentless in its unassuming torturous existence. You really feel for these 4 friends who have come together under similar pretense. Gary Cairns plays Cory, the often “angry at the world” take-no-sh*t teen with more than a few chips on his shoulder. Matthew Thompson is the black teen of the group who because of his adopted Willie Nelson upbringing can’t seem to fit in with his race or any other, though finds solace in the comfort of 3 others who just accept him as a member of theie mixed up group.

Dylan Vigus is Will, a fat kid who embraces his weight with a comical nature but still battles day to day mental abuse inflicted by his father and school mates. James Lee Martinec as Jevon is the smart one of the group, who while living in a nice house, gifted with intellect and seemingly having alot going for him is the most messed up of all. His mother is whored out by his father and part of a lifestyle that progressively gets worse as the film progresses.

It’s hell American style for these 4 who can’t get along with classmates, teachers, authority or anyone else that comes along. Though their pains are felt and appropriately revenged with clever actions that seem to make the darkness fade if only for a moment. This is no eighties girl meets boy film, but rather it’s how 4 boys cope with life in their own ways. There are plenty of lighter moments that are quickly overshadowed with the darker. In fact, it’s that darkness that gives the film a multi level feel that makes it a great piece and experience. A few things you might see coming but more so are those that you don’t.

In short, I thought this was a greatly acted movie that was obviously crafted with an even greater directorial rhythm. It may find its way in those dark cult films categories like “Heathers”, and “Ghost World” but it certainly is a stand alone piece. What makes it even more intriguing is that several of the actors are fresh out of the gate providing that original appeal that hasn’t been felt since American Beauty. Here is the kicker….the budget for this film is posted as an estimated $50,000, which in movie money is about the cost of location and food services. I think this movie will relate greatly to a large mix of crowds who want a bit of dirt in their drama, a dose of anger, revenge, and coming of age all rolled in one. Never has anger been so fun and life been so colorful. 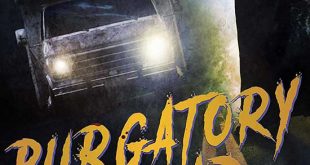 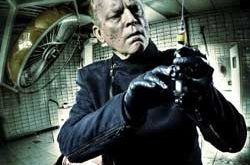 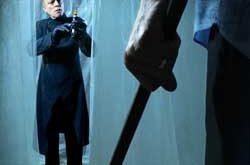 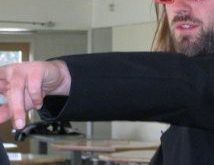