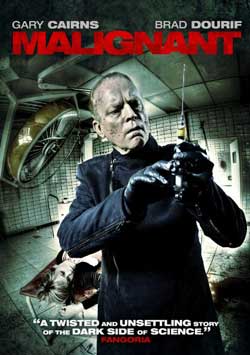 After the death of his wife, a grieving man becomes the victim of a horrific experiment to cure his addiction.

There are few cinematic sins that frustrate more than a lapse in logic that is never overcome nor even confronted. Though such thematic flaws are often ignored when the film in question is garbage, they can torpedo an otherwise competent production straight out of the gate. I despise those initial unanswered questions of motivation, and our latest poses a whopper. But, we’ll get around to that here in a minute.

Opening with an impressively convincing archival film depicting a lobotomy procedure in 1945 (if this were a Uwe Boll production I would have suspected the wily old fox of slipping in real footage), “Malignant” sets an immediate dark tone. A couple of equally ominous and seemingly disconnected moments lead into the title card, including a young boy receiving electroshock therapy. We then meet our protagonist Allex as he holds vigil over his beloved in a hospital room, weeping as she loses the battle to what we can only assume is some form of cancer. Gary Cairns of “The Night Visitor” and this year’s sequel gives the lead a tragic air that endears and compensates for the throng of lifeless dialogue and scenes that go nowhere to follow. 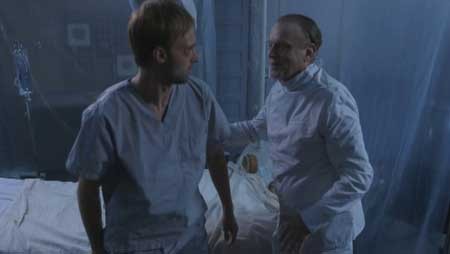 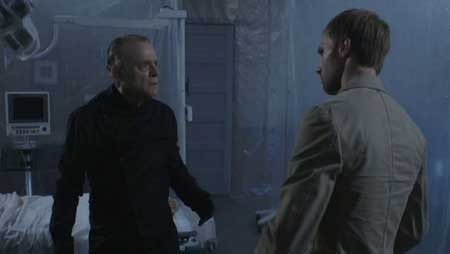 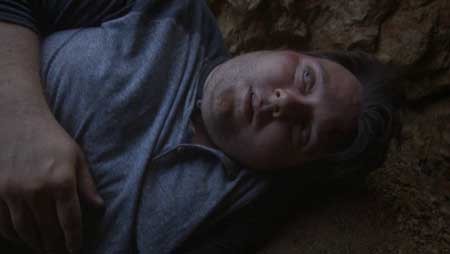 The story picks up seven months later, as Allex sleepwalks through an indistinguishable office job and drinks himself into a nightly booze coma. One such evening, while swooning on a wall outside of his apartment, he is approached by The Man (though he is never actually referred to by any name), portrayed by horror legend Brad Dourif. This stranger, masked by shadows at the onset even though there’s no mistaking that voice, informs Allex that he can help him to quit drinking. In his stupor, he accepts the offer. A professionally stitched gash on his chest the following morning that he possesses no recollection of informs us and our hero that his choice was not a wise one.

After a venture to the bar, Allex receives a threatening call from The Man warning him that others will die when he drinks. One can’t help but immediately draw comparisons between “Malignant” and the short story (it was also a segment of “Cat’s Eye”) Quitters, Inc. Whereas Stephen King’s tale involved an evil corporation helping a man to kick cigarettes by subjecting his loved ones to torture each time he lit up, our latest introduces the master plan of one unhinged doctor to rid the world of alcoholics (or just this one drunk, we’re never made really sure), and his particular form of punishment whenever Allex falls off the wagon is baffling at best.

Via a computerized device inserted within the aforementioned mystery wound (this is presented as a big reveal long after even cats have figured it out), Allex is controlled by The Man to murder random innocents while blacked out. This scheme makes absolutely no sense on approximately seventeen differing levels, but I’ll try to keep my ramblings down to the major problems, and why “Malignant” is sunk by its own plot. If The Man truly wanted to cure this person, why put him at potential risk of arrest and incarceration, therefore ending the experiment before any conclusions can be drawn? This query could easily be expanded upon, given that no attempt is made to conceal the crimes until Allex becomes aware of them the next day. In the film’s most asinine turn, one of the victims is his boss (“a gift” from The Man), who had fired him for absenteeism just hours prior. With such risky and sloppy execution, you’d think the only goal this “Scared Straight” campaign from Hell was aiming for was abject failure. 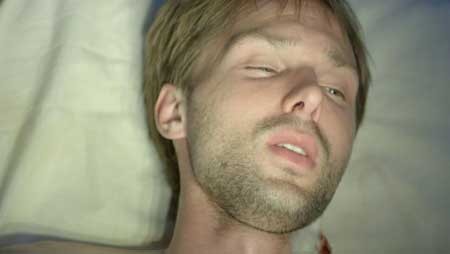 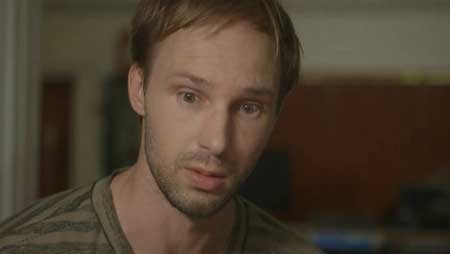 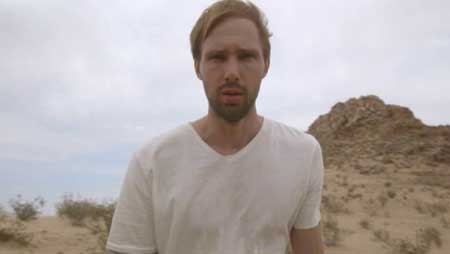 Nick Nicotera (“Dumbbells”) is featured as concerned pal Chad, who Allex beseeches for help and barely registers as anything more than time filler. This show belongs to Cairns and Dourif in their respective good guy/bad guy roles, and both lift the often stale script above mediocrity. Though consigned to obscured appearances and malevolent cell conversations, Dourif shines once The Man decides upon drastic measures to treat his reluctant patient. The justifications behind his actions are paved with good intentions, and the veteran performer manages to find a twisted humanity behind someone who could have easily been a throwaway variation on his “Alien Resurrection” mad scientist persona. I keep waiting for the guy to phone one in, but he doggedly remains a consummate professional in the flimsiest of films.

Writer/director Brian Avenet-Bradley (“Freez’er” and “Dark Remains”) clearly knows his way around a sparse production, and his sure hand keeps “Malignant” from tottering over the edge into utter tedium. The endeavor’s true fault lies in his script, which leisurely plods along under the assumption that the implausible storyline is fascinating enough to hang the rest of the picture on. The somber finale manages to restore full attention, but that’s due more in part to his leads than to exemplary writing.

For some, the presence of Dourif alone is reason enough to give “Malignant” a chance, and I can’t disagree that his name above a title serves as added incentive to do so. Just be warned before you make that blind Blu-ray purchase based on the name recognition factor, friends. Save this one for the streaming sites.