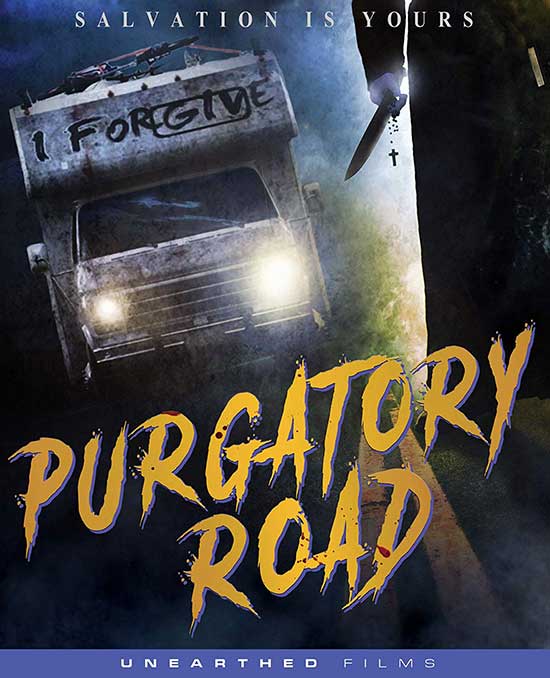 On the highways of Mississippi, a psychotic priest and his brother are on a crusade to absolve sinners with their own brand of murder.

Purgatory Road opens with a young boy hearing things going bump in the night and investigating, only to discover a woman robbing his family. She escapes before anyone can catch her, and the father of the house informs his two sons, Vincent and Michael, that she got away with everything they had. Three weeks later, distraught and broke, dad takes a gun to his head, and the two young boys walk in to find the aftermath. This type of trauma can have devastating effects on a child, causing any number of psychological issues and violent behaviors, and these are on full display for us as the film follows the two brothers, now grown up, on their search for righteousness, dishing out penance to sinners from their mobile church/RV. At the same time, a woman named Mary Francis is on her own personal path of destruction, leaving a gruesome trail of bodies behind her. When the lives of the brothers and Mary intersect, everything gets a whole lot bloodier. 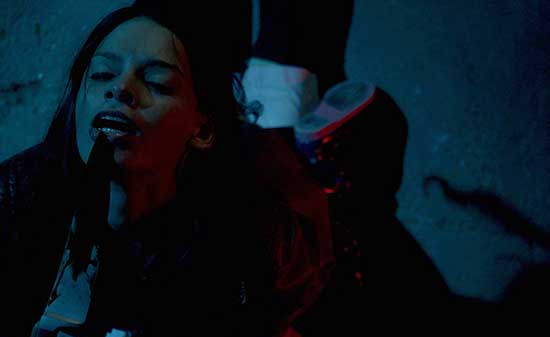 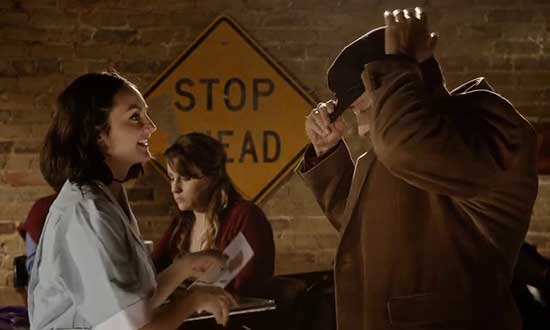 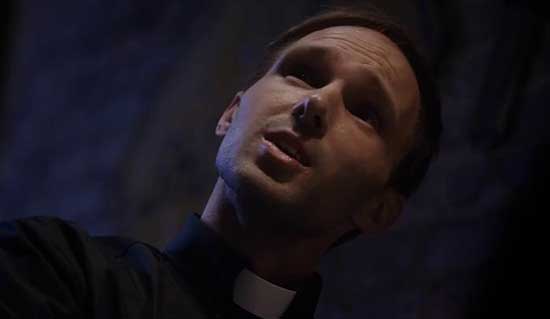 Officially released at The American Horrors Film Festival in October, 2017, Purgatory Road found its DVD and Blu-Ray release through Unearthed Films in February, 2019. Directed by Australian filmmaker Mark Savage (see also Marauders, Stressed to Kill, and Defenceless: A Blood Symphony, which was featured in Kier-La Janisse’s critically acclaimed book, House of Psychotic Women) and co-written by Savage and Tom Parnell (who co-wrote Stressed to Kill with Savage), this horror/thriller starts a bit rough, despite the steep kill-count that gets underway in the first few minutes. 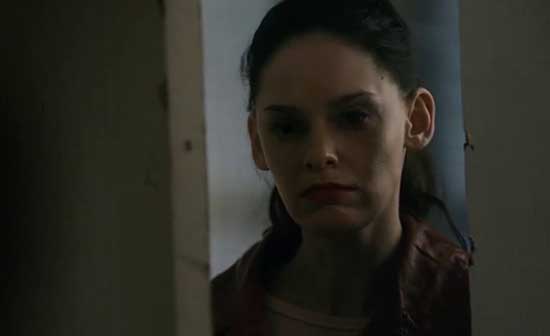 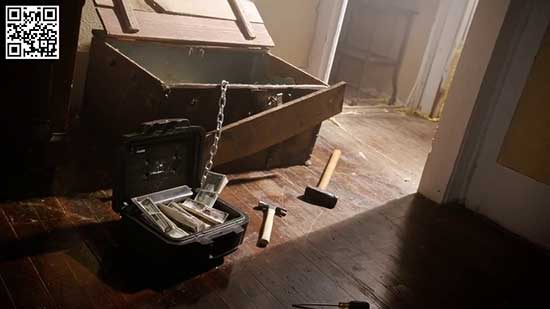 Some of the acting feels a bit stiff, and the movie seems comfortable just treading in familiar waters, not ready to blaze its own trail. Father Vincent (Gary Cairns; Daylight’s End; The Night Visitor) and his brother Michael (Luke Albright; Devil’s Pass; Watch the Sky) have the backstory that sets the stage for everything, but their actions alone would not be able to carry this movie – we’ve already seen plenty of movies consisting of bloody kills strung together loosely by some semblance of an unoriginal plot. Thankfully, Mary Francis (Trista Robinson; Jurassic City; Asmodeus) comes along to raise some of her own hell. And does she ever – Robinson was co-winner of the Best Actress award at the 2018 Melbourne Underground Film Festival (at the same festival, Cairns won Best Actor and Mark Savage was co-winner of Best Screenplay). 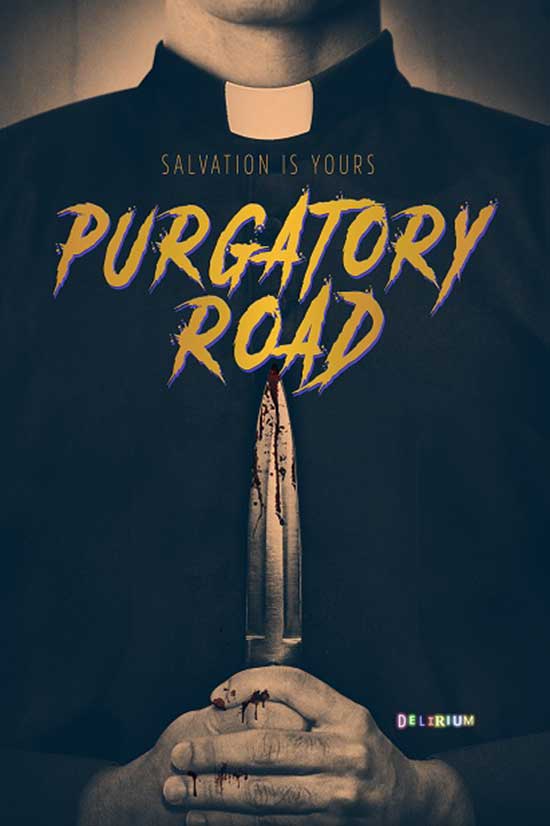 As could be surmised by all the awards, this film does get better. By the second act, it becomes clear that there is more to this story, with a couple mysteries still lingering in the background (or is it the basement?). And then act three brings down the hammer: characters are killed, answers are revealed, and a ton of blood and guts are mercilessly splattered across the screen. The gore comes courtesy of Marcus Koch and Cat Bernier (Oddtopsy FX; see their work in We Are Still Here, American Guinea Pig: Bloodshock, and many others), with visual effects by Kelly Sheeran to tighten it all up. Lots of guts and pools of blood and severed body parts here, my friends. Cinematographer Andrew Giannetta does his best to make every shot look its best, and legendary editor Christopher Roth (Return of the Living Dead 3; Killer Klowns From Outer Space; Hatchet; etc) does his usual, turning raw footage into blood-stained magic. 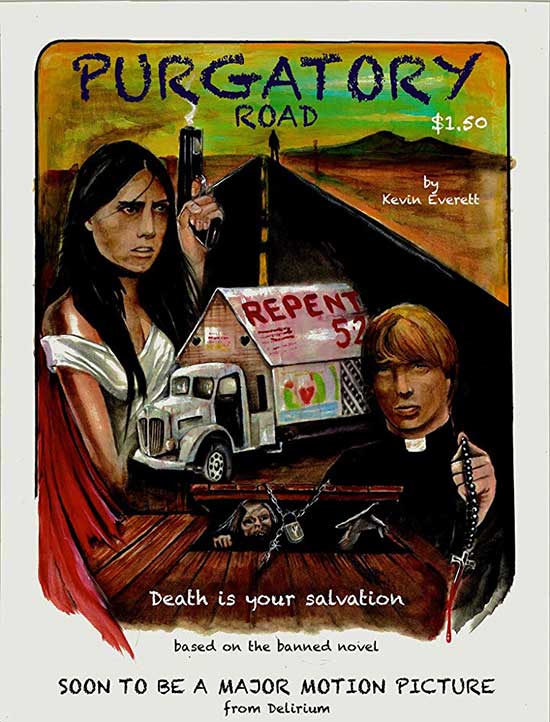 Mark Savage’s filmography contains a number of films about killers going on wild sprees, and a number of films about revenge. Purgatory Road does a little bit of both, but takes the road less traveled with each. Rather than sending a killer cross-country in search of victims, this killer not only lets the victims come to him, but has so many that he practically has to turn them away at times. And the revenge taken is a kind of round-about, indirect vengeance, one taken out on enemies by proxy rather than the original trespassers. 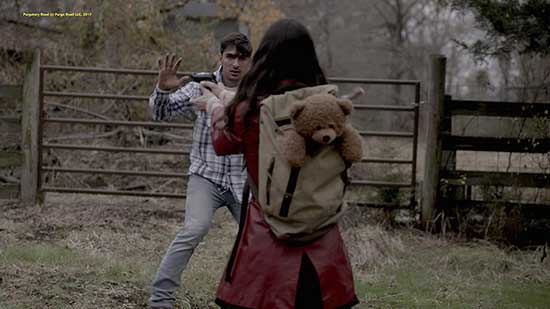 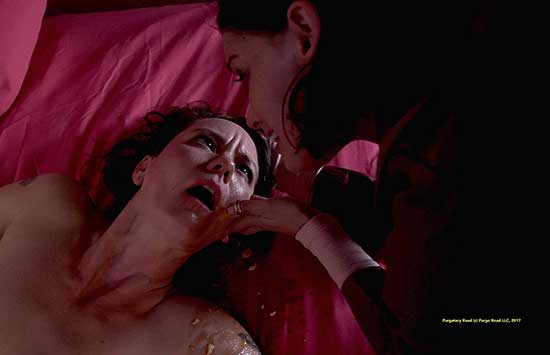 In the end, Purgatory Road is a blood-soaked, carnage-covered one with only a couple pacing p(l)otholes along the way. And the payoff after nearly 100 minutes is worth the investment – it gets crazy! Recommended for Unearthed Films collectors, fans of movies where everyone is a bad guy, and anyone who is just looking to watch (fairly) innocent bystanders get stuck in the way of a bunch of cold-blooded killers.