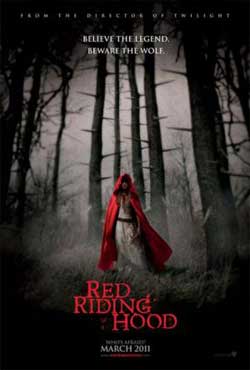 Valerie (Seyfried) is a beautiful young woman torn between two men. She is in love with a brooding outsider, Peter (Fernandez), but her parents have arranged for her to marry the wealthy Henry (Irons). Unwilling to lose each other, Valerie and Peter are planning to run away together when they learn that Valerie’s older sister has been killed by the werewolf that prowls the dark forest surrounding their village. For years, the people have maintained an uneasy truce with the beast, offering the creature a monthly animal sacrifice. But under a blood red moon, the wolf has upped the stakes by taking a human life. Hungry for revenge, the people call on famed werewolf hunter, Father Solomon (Oldman), to help them kill the wolf. But Solomon’s arrival brings unintended consequences as he warns that the wolf, who takes human form by day, could be any one of them. As the death toll rises with each moon.

Into 2011 comes a beautifully and original re-telling of that classic tale we all know and love. The red hood, the walk thru the forest, the basket, the grandma and of course the big bad wolf. While these classic elements are of course a part of the film, the film itself really brings a classic sense to a modern movie. In a deep set medieval village the townsfolk have lived with the threat of a werewolf in their midst. They hunt, they marry, they feed their kin and they live in fear of being attacked by an almost myth-life wolf in their midst. 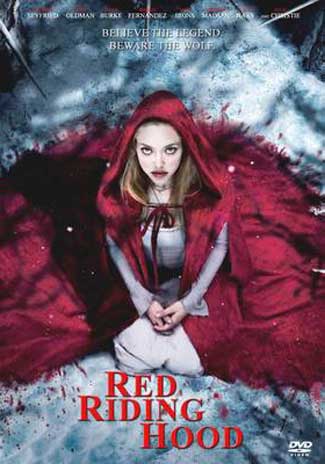 Amanda Seyfried plays the lead role of Valerie, a bright young girl who has been betrothed to marry a local boy who comes from a bit of well-to-do background. Her mother (Virginia Madsen) Suzette, knows that she wants nothing to do with the arrangement and has long loved another local boy by the name of Peter (Shiloh Fernandez). Since an early age the 2 have played and grown within this way of life that has it’s own culture and its own rules to live by. Though when Valerie’s sister is found murdered by the elusive werewolf, the village goes into panic calling in a specialist. This specialist is none other than Father Solomon (Gary Oldman) who’s methods and ego surpass much of what the village is accustomed too. Armed with soldiers Solomon wastes no time in creating chaos among the townsfolk and stirring things up. Though much to the surprise of the town, a werewolf comes a knocking taking out as many who dare get into its way. It’s the special relationship the wolf has with Valerie that stirs up the village and turns the tables on their quiet way of life. 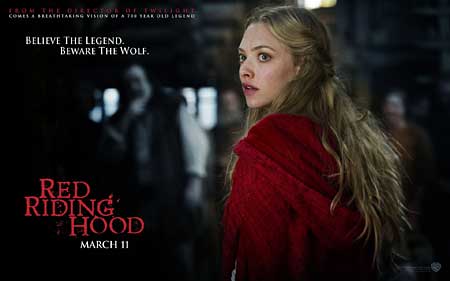 The movie provides a warm underlying love story that is equally supported by its horror and classic presentation. The screen glows up with Amanda Seyfried ‘s character who’s innocence and strength provide a nice charater balance to the film. There are enough underlying inner conflicts amidst that the movie provides much more than just a werewolf movie. It introduces some classic moments from the fairy tale and ends with a huge plot twist that took me by surprise. 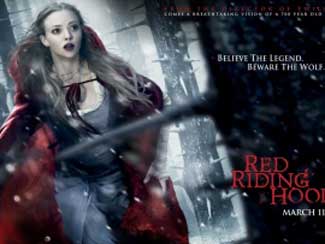 All the while the film carefully plants enough seeds that keeps the audience guessing on the identity of the wolf and the outcome of the romances. I’ve seen Red Riding Hood themed movies over the years and this ranks among the top of its class. Action is strong, Gary Oldman lights up the screen with his good guy disguised as bad guy good guy role and the supporting cast all contribute to the flow of the film with great consistency. 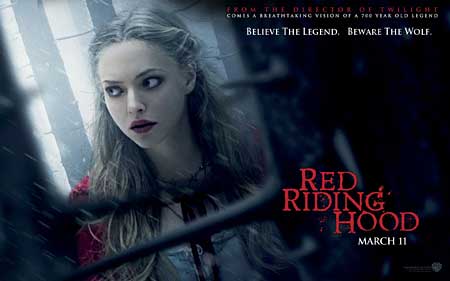 The movie is shot in a way that reminds me at times of “Legend” and wastes no moment getting plenty of searing red hood shots that paint the screen with bright hues at just the right times.You really can’t go wrong here, you have horror, romance, action, tension, deceit, mystery and a blanket of fantasy rolled in one. Definitely one of the better horror genre film to come out this year that will also fit perfectly with the Twilight crowds as well. Director Catherine Hardwicke is no stranger to producing standout films that bring a certain style and originality to them. With previous films like “Vanilla Sky”, “Three Kings” and “Tank Girl” to her name it’s no wonder that “Red Riding Hood is an instant success. Catherine has become a almost cult style director that provides a twist on everything she touches……great stuff!