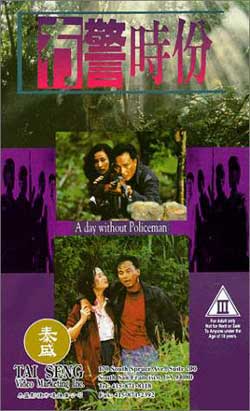 Simon Yam plays a former big city cop who had a very bad experince with an AK-47. So he’s been assigned duty on one of the Hong Kong Islands as a police chief of a small village. He spends most of his time drinking beer and smoking hash while daydreaming. But when a group of thugs armed with AK-47’s and .45’s invade his terrain, he must over come his fear of that weapon to save his ex-wife and his fellow officers only armed with a .38 and a baton. Can Yam save the day?

Simon Yam is the king of Hong Kong Cat III films. He has been in some of the vilest films ever made. While this is not the most vomit-inducing film, it is certainly a disturbing, twisted, perverse, gory film. 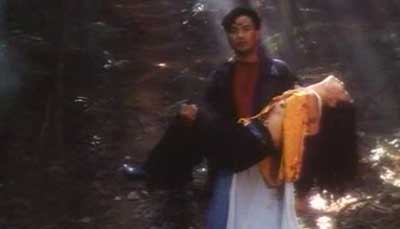 Let me get my one criticism out of the way, and this is not the fault of the film makers: if the background is white, and the subtitles are white, then it is impossible to read them. Also, the subtitles I could read were so poor it was funny. Through translation error and lack of basic grammar skills have the subtitles make no sense whatever. In fact, maybe this was done deliberately as a statement on absurdism. Probably not.

The film is about (I think) a bunch of Vietnamese soldiers who travel to Hong Kong to massacre them, committing some ethnic cleansing. This is not the first film to display blatant racism between the Vietnamese and those from Hong Kong, but since I write about film and not International Relations and the Comparative Politics of Southeast Asia, I am not sure what the story is behind this ethnic rivalry. In this Hong Kong film Vietnamese men are portrayed as evil, faceless, monstrous, genocidal maniacs with no mercy. 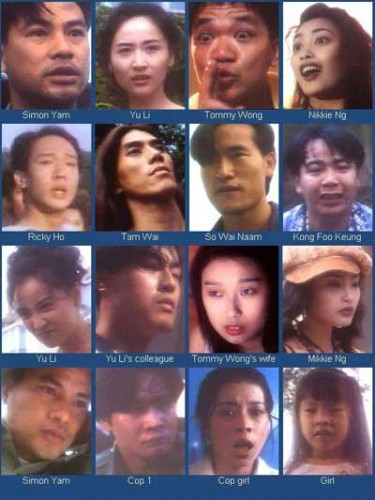 The Vietnamese gang commits a terrible crime against several couples. They beat up and tie up the husband, and make him watch while they rape (and sometimes kill or kidnap) the wife. The husband must watch, helplessly, as his woman is violated. The husband is powerless to do anything and the result is a man who feels emasculated and helpless and deeply ashamed. This is a theme in many films from many countries, such as Sam Peckinpah’s Straw Dogs, in which a timid Dustin Hoffman has to f*ck up local rednecks to protect himself and his wife. If you haven’t see the film- do so, and you can thank me later.

Simon Yam is a mainland police officer who is involved in an incident where his partner was killed with an AK-47 Assault Weapon, a powerful automatic weapon from Russia. To quote Ice Cube, from the N.W.A. album Straight Outta Compton, “AK-47 is the tool; don’t make me act the motherf*ckin’ fool”.

Yam loses it. He has a breakdown. He shows signs of Post-Traumatic Stress Disorder (also known as Combat Shock, Shell Shock, and several other names), and he can’t function when he sees an AK-47. So his superiors send him to a small island to be head of the police there. When he arrives, he finds that the police are incompetent and don’t even try to help, and that they are in a state of anarchy. Yam, now impotent, smokes marijuana and drinks beer and looks like a psycho fiend straight out of Reefer Madness. Watching a crazed Simon Yam is a real treat for fans of the actor and the genre- no one can play someone out of his mind like Yam, and here he does a great job! 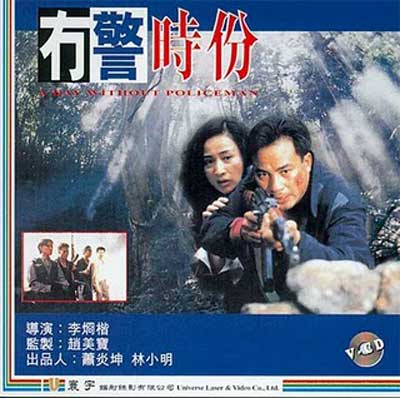 Since there is anarchy, the Vietnamese go on a vicious killing rampage, mowing down dozens of innocent victims with machine guns, as well as raping and torturing. Simon Yam teams up with the emasculated men in order to get revenge on the gang and commit some hardcore ass-kicking. This leads to a gang fight and wouldn’t you know it? The bad guys happen to use AK-47s, so Yam must defeat his fear of them or else get him and others killed. There are many factors that make this a great film.

There are multiple shoot-outs that are well choreographed and filmed. They are violent and exciting. At some points watching this was almost like watching a John Woo action sequence. There is brilliant kung fu and stick fighting. Again, the fighting is perfectly choreographed and the film-makers are able to make the fist and stick fights very exciting, and beautiful to watch. It’s almost like ballet, except for people kicking the sh*t out of each other and the rape and torture (I don’t watch ballet so if fighting and rape are actually part of ballet my mistake for the error). These guys know their karate and the action coordinator knew what he was doing. My favorite moments are when combatants battle each other with long wooden sticks. In some ways I was reminded of the Sonny Chiba Street Fighter films.

One of the film’s most brutal scenes involves a group of thugs machine gunning people locked up in jail, leaving a pile of dead bodies. The film is violent as hell, but not “extreme” in that we don’t see close-ups of heads being severed and body parts cut off and other atrocities that are a staple of hardcore Asian Extreme Cinema (think of Ichi the Killer, The Untold Story, Run To Kill, Dr. Lamb, Imprint, Oldboy, Psycho: The Snuff Reels, the Guinea Pig films, etc). In an example of both the ethnic hatred and horrible translation and lack of knowledge of simple grammar, one character says “Hong Kong people is not human.” This is at the root of all the violence in the film, as most of the murders are race related and it seems that “Long Hair” and his gang of Vietnamese thugs are there to kill as many people as they can. This is not mere racism, but an attempt at genocide. Considering the film is from Hong Kong, it seems obvious that they see the Vietnamese as a group of evil killers intent on committing genocide against them. One of the Vietnamese gang members also says “I want to kill the whole village and rape all the women” (presumably not in that order- there is no necrophilia in this Cat III.)

When Yam’s wife is taken it is time for revenge, and let me tell you that one of the revenge murders contains an extremely painful act of violence between a man’s legs. I squirmed but at the same time cheered for the death of one of the bad guys. The small band of men takes on the AK-47- packing killers, and what at first seems like an unfair fight turns into a great battle.

Some interesting elements of the film include the random taping of a p*rno movie, a man licking milk off the feet of a woman, a gory suicide, a beach party, drug use, women killing men- these are some of the unusual elements that make this a classic Cat III. The great fighting and shoot-out sequences put this film above the typical Cat III. And of course, there is the amazing performance by Simon Yam, whose character radically changes over the course of the film. He does an absolutely perfect job and is always believable.

Over all, this was a great, sick, violent piece of entertainment featuring the legendary Simon Yam.
If I made any mistakes relating to the plot of the film, this is due to the extreme translation errors. But if you’re watching a rape/murder you probably aren’t looking at the subtitles anyway.