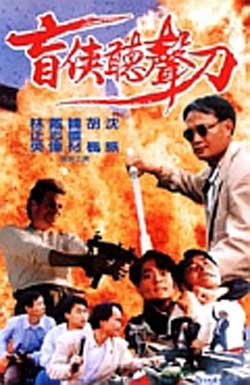 A group of bad guys kill a bunch of innocent people, and rape and kill a woman in front of her husband. The bad guys are from Hong Kong, their victims Vietnamese. The Vietnamese surviving victims band together to take revenge on the bad guys. There is a lot of gratuitous sex, fighting, shooting, raping, violence, and breasts. It’s a revenge film, and the director is as breast-obsessed as Russ Meyer.

During one scene, a couple is having sex. It is a graphic sex scene, and at some point the woman starts bouncing up and down on a guy, and we get a close up of her naked bouncing breasts in slow motion. This guy is the Asian Russ Meyer. 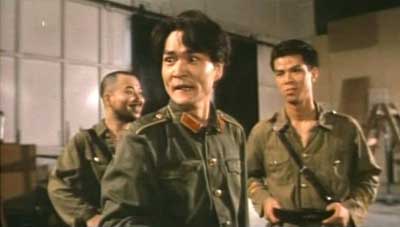 The violence is over-the-top in several sequences, but not enough, and there are some great deaths, including death by explosion. There are several scenes of extreme violence. The movie starts out right from the beginning letting you know what type of film it is. A bunch of soldiers stop a boatload of people and then kill them all, machine gunning at least a dozen people to death.

That is the only part of the film that involves the sea, and the rest takes place on the mainland. There is rape in the movie, but never in the public sea, leading me to believe that this film is another example of a poor translation.
Women are hung with ropes from the ceiling and beaten, they are raped and choked to death. Men get beaten to death, blown up, strangled, and shot. So at least the violence is meted out in a non sexist manner.

From a cultural standpoint, this is a very interesting film in its portrayal of rivalries between the Vietnamese and the Hong Kong. If I understood the movie correctly (which may not have been the case), this is a Hong Kong film where the bad guys are from Hong Kong and their victims Vietnamese living in Hong Kong. 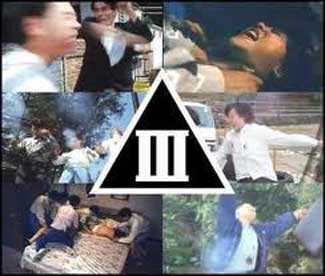 Machine gun massacres, some incredible deaths, lots of sex, rape, psycho characters (particularly the head villain), and general immorality make this a definite Cat III winner. There is nothing insane or so over-the-top you’ve never seen anything like it before, and most of the deaths are from shooting, fighting, strangling. So don’t expect to see a film that breaks any barriers. It is mostly softcore sex with massacres, revenge and rapes thrown in. Entertaining, but the only things that make this stand out are several great deaths, and slow motion bouncing breasts.
I wouldn’t go out of my way to see this film but if it’s on sometime give it a try. You at least get to see two men explode.