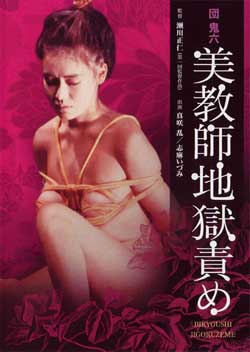 Ran Masaki plays a beautiful teacher who is transferred to a remote mountain school where she is gang-raped and abused by the male students.

Plot: Completely irrelevant. The disc does not come with subtitles, which is a moot point because they would be useless. When subtitles are irrelevant you know you are not watching the Cat III version of Citizen Kane. Cat IIIs are known for extreme violence, brutality, rape, sex, perversion, deviant behavior. This film is very tame and I don’t understand why it is a Cat III. This film should be a Scat III because it is a piece of sh*t. Possible Plot: If I had to guess, I would say that this film is about a bunch of guys who commit rape and murder. A few times the women fight back. Cast: Don’t know, don’t care.

Director: Don’t know, don’t want to know. Actually maybe I should find out the director’s name so I don’t see any more of his “films”. The violence in this film is not in the least bit realistic. A good Cat III will shock you, make you wince, and if good enough, you’ll think it is real. I never cringed during the film, except when checking out how much time was left before the movie ended. For example, one character punches a woman in the head. You can tell he didn’t really hit her, and you can tell she is not in any pain. There were no cool sound effects you normally hear when someone punches someone in a film. I just watched the French film Seven Days. One of the first acts of violence in the movie is one man smashing another’s leg with a bat. The acting, choreography, the gore effects and sound made it extremely realistic. I remember screaming when the bat shatters the man’s leg. It was effective because both actors were amazing. If someone had told me that the leg shattering was actually real, I would have believed her or him. The sounds and the way the bone shatters and the screams of utter agony made this scene incredibly disturbing and realistic. Weeks after seeing the film, I still can’t get that scene out of my head.

By contrast, I just finished watching this film and have already forgotten most of it. As a service to my readers and to be fair to the film I watched it a second time. Just now. And I still can’t remember anything but looking at the clock every few seconds. In the scene described above, with the punch to the head, it was obvious they were acting and that he did not really hit her. The reason is simple: laziness, and lack of effort. This could have been a good (but tame) film but everyone seems to be sleepwalking through it. Watching it was like watching them rehearse for the scene. The characters never come to life, and it is impossible to have any feelings about both the killers and the victims. A good film will make you angry at the villain and sympathetic to the victim. I remember seeing a movie in the theatre and the villain did such an incredible job everyone in the audience cheered when he has was killed. That would never happen in a film like this, and not just because everyone would be sleeping. I just watched the amazing remake of I Spit on Your Grave. The villains are a bunch of sleazy rapist scumbags, and I was very satisfied (but also grossed out) watching the main character get violent (and SICK) and kill them all. I was able to relate to the movie enough that I felt pleasure (also nausea, dizziness, etc.) in seeing people being punished for their terrible deeds. Another example- Denzel Washington in Tony Scott’s film Man On Fire. I cheered when he shoved explosives up some guy’s ass and blew him up in a gruesome way. As for Beautiful Teacher in Torture Hell, I didn’t even know who did what to whom. I did not cheer, or give a sh*t, if one of the villains got beaten or killed.

There was no enthusiasm, no good performances- it was like they just didn’t care and didn’t want to bother spending time on the film. In a real film, a scene may have to be shot dozens of times, until everything is perfect. In this film, every scene is a ‘first take’. I immediately thought of Ed Wood, who didn’t waste any money on second takes. Yet his films at least have some entertainment value. 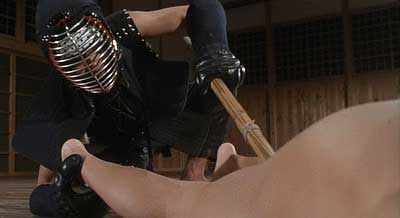 The other major problem was how tame this film was. Sometimes in a film the gore will not be realistic but it will be disturbing, and original, and over-the-top. Nothing in this film is new or original. Unlike a film by someone like Takashi Miike, we don’t have to endure watching agonizing and original torture scenes. The violence in the film is not that graphic, and there are not too many rape or murder scenes.

There were no emotional connections to the “characters”, I did not care what happened, I just wanted the movie to be over. Kind of like getting a colonoscopy, but without the painkiller high. There is actually one great moment in the film, when the credits role and you know the film is done. I’m not sure I understand the title, as there is no beauty, no hell, and a minimum amount of torture. Perhaps the title is a mistranslation and the actual name is Average Teacher in Hell of Boredom and Bad Acting. 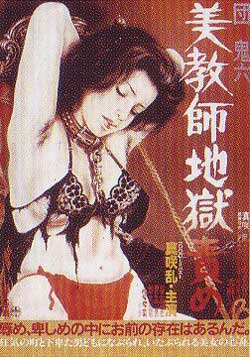 For me I thought to myself, “I think I want to stop watching this but as a service to my readers I will finish it (and then have to watch it again) and write a review so that no one else wastes their time watching this film. You don’t have to thank me, but you can send me money if you want. I just saved you from throwing away 90 minutes of your life. 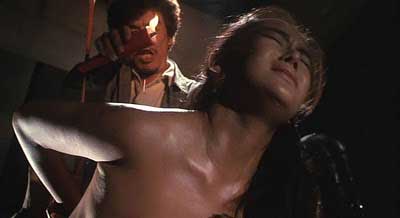 Some judge needs to give the actors and crew a restraining order preventing them from getting within 500 feet of film equipment.