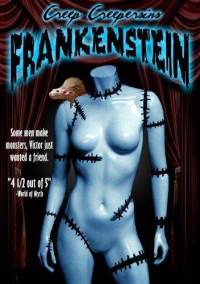 Victor (James Porter) is a socially inept man who lives alone in the family house watching horror movies all the time. His only companion is a rat named Frankenstein who he has domesticated. After the death of his mother, Victor’s mental capacities appear to have degenerated to the degree that he is unable to interact with other humans. When Frankenstein suggests that Victor create a companion like Dr. Frankenstein did in the classic story he is first reluctant but soon embraces the idea and sets out to locate someone to assemble his own bride.

It’s the middle of the afternoon and I am well rested. I knew it was bad news when I made it ten minutes into “Creep Creepersin’s Frankenstein” and fell asleep. So I started it again then I realized that the running time of the film was only 55min. Second time around it was still just as difficult trying to get through it. And when I did get through it, I was just not into it. Congratulations, you made a film on a shoestring budget, that’s a task. I have tried with little success thus far. There might be some interesting stuff here and there, but nothing that wowed me, nothing that thrilled me, and most importantly, there is nothing here for me to recommend to anyone for any reason. That is a statement I don’t usually make. I always find something to enjoy in a film. Aside from a clever opening and one good line of dialogue, there just isn’t anything else I can praise except for the fact they completed a film. I’m not even sure I can call it a feature, it was a short. An incredibly dull, uneventful, short film that showcases an ill conceived attempt at being some sort clever pseudo homage to classic silent horror films that just managed to bore me to sleep.

“Creep Creepersin’s Frankenstein” opens with a rather well put together sequence (if you’re going to watch the film, just watch the first five minutes and pretend that it’s a music video) that features footage shot for the movie intertwined with clips from classic horror films that are most likely public domain titles. The effect is creepy and effective. After this moment, I was lost. You want the plot of the story? Well here it is, a seemingly mentally challenged man brushes his teeth and eats scrambled eggs. Then he decides to build himself a friend. And that is it. There is no characterization, back story, or hell, not even much of a plot either. It doesn’t even feel like a movie. It feels more like a home video attempt at messing around with the idea of making a movie.

Aside from the opening, everything else just seems completely uninspired and amateur. Not once but twice we get to see Victor (James Porter) get up and brush his teeth for what seems like several minutes, then he eats scrambled eggs. Two friggin times. The only time we ever get to see anything interesting is when Victor is watching television and we get more clips from these classics films that this was supposedly inspired by. I’m not even sure I understood what the hell was going on. I even contemplated not writing this review. It is the most difficult review I have had the displeasure of having to write. Creep Creepersin wrote and directed the project himself so I have to lay the blame on him. This is only my opinion. If this film is what he envisioned then I wish him the best. It really wasn’t for me and I suspect that most other people will fall in line with how I feel about this. I understood what he was trying to accomplish but I just never bought into it. Honestly, I would have rather watched an hour of a rotting turd just basting in the sun than have lost an hour of my life that I will never get back. I think this may have been the harshest review that I have ever written. For that I am sorry, I just cannot recommend this to anybody.

Other than the opening, nothing in this film works for me. There is one funny line in the film that occurs when Victor is hallucinating about his mother (Nikki Wall) and I’m pretty sure it was unintentional. This is best if viewed as a movie your second cousin made in the backyard with the family video camera. 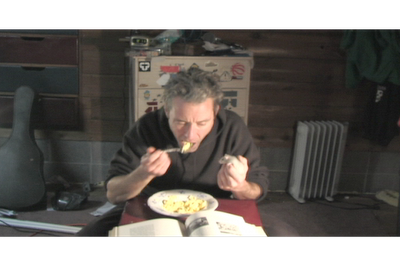 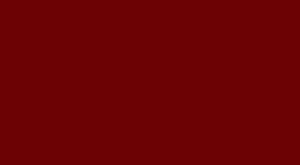