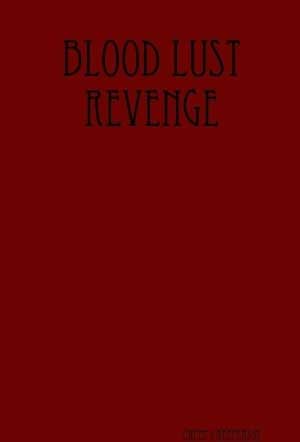 Blood Lust Revenge is the sequel to Blood Lust Romance. The novel follows Shooter, Bobby Jo, and Gilby through the aftermath of their horrific murdering spree. Also, the lingering question at the end of the first installment of the story is finally answered: What happened to Blacky? As with the first novel, the story seems to be going according to the plans of the main characters…that is, until the very end, when everything hits a huge 360. The novel begins right where Blood Lust Romance left off—the next morning after Blacky’s friends (and Blacky?) are murdered by Shooter, Bobby Jo, and Gilby (after Blacky’s gang had attempted to brutally kill Bobby Jo and Shooter…confusing yet?). The narrator, Mr. Creepersin, immediately warns the reader that Blacky’s fate will not yet be revealed.

Shooter and Bobby Jo are still in the house where they snuffed Blacky’s gang. There, that morning, in the midst of death, blood, and gore, Shooter asks Bobby Jo to marry her; in a moment of pure love for each other, Shooter asks, “Bobby Jo, will you be the Bride of this Frankenstein?” (p. 16). While filled of joy that Shooter is proposing to her, Bobby Jo reluctantly acknowledges that she expected a little more creativity. Of course, Shooter doesn’t let his girl down. At that very moment, police officers burst into the house. Shooter and Bobby Jo are ready to fight, Samurai swords in hand (Where did they get them from, you ask? Don’t worry about that…). Soon after massacring the police, Bobby Jo and Shooter come face to face with the real owners of the house that worked as the canvas for their blood bath masterpiece. The owners are an older couple, which Bobby Jo and Shooter quickly dispose of.

From there, Bobby Jo, Shooter, and Gilby hit the road. The two lovers and Gilby eventually part ways—Gilby to a strip club and Bobby Jo and Shooter to celebrate their upcoming marriage. The situation in which they are reunited is quite a bloody catastrophe that should only be read in the book.

Shooter leaves hints for Blacky so he can follow them along their journey, hoping to create some extra fun along the way (yes, Blacky does in fact survive). Blacky finally catches up to the two lovers at their wedding, where yet another blood bath ensues (Robert Englund and Kane Hodder duel to the death). And, of course, the ending of the book is another mind boggler that comes out of nowhere. What happens at Shooter’s house before and during the wedding can only be properly described in the words of the author himself, Mr. Creep Creepersin. I recommend you read the book if you are looking for a blood-curdling story that only Mr. Creepersin could conjure up.

This story is told much the same as the first installment: through the eyes of the narrator, Creep Creepersin. He has retaken his position as “God” in the novel, always present watching over the characters and even altering the situations at times. In this novel, he chooses to articulate the fact that he knows he is playing the role of a God-like figure. This time around, though, his presence is much more evident; the decisions he makes and the situations he alters seem to get perpetually more ridiculous. For instance, a stripper’s head instantaneously explodes for no particular reason at one point (other than that he wants it to happen). Yet, at the same time, Mr. Creepersin seems to be having more and more difficulty controlling Shooter. The fact that he chooses to express this is undoubtedly his own take on life and God’s role in it (If he in fact believes that there is a God. This is left up to one’s own interpretation, as his depiction of God is so absurd that it could easily be a parody).

The first book, Blood Lust Romance, reminded me of Last House on the Left because of the overall explicitness and “reality” of the two stories. This time around, Blood Lust Revenge reminded me a lot of Rob Zombie’s House of 1,000 Corpses and The Devil’s Rejects. While this story was still full of sexually graphic scenes, it was taken to a much more absurd level. I kept thinking over and over again that Bobby Jo reminded me of Sheri Moon Zombie’s character Baby Firefly in both movies. At one point, Bobby Jo even mentions that if Bobby Jo and Shooter’s story were made into a movie, she would want Sheri Moon to play her. Furthermore, when Bobby Jo, Shooter, and Gilby finally arrive at Shooter’s family’s house, the scene described is reminiscent of the Firefly family’s house in House of 1,000 Corpses and The Devil’s Rejects. Dare I say that it is even more graphic and absurd than Zombie’s movies.

Because of the absolute absurdity of Blood Lust Revenge, I actually liked this second part a lot better than the first part of the story. I got a kick out of how ridiculous a lot of the scenes were, much like I do with Zombie’s two movies. The irrationality of some of the scenes helps to take the edge off of how graphic they are (not only from a death and murder standpoint, but from a sexual angle, as well—there’s a lot of sex and rape scenes). Much like the first installment, the book is a very fast, engaging read. If you are looking for a fun, quick, sexually charged horror story to read (you can easily finish the book in a day or two), I definitely recommend checking it out.

The main problem I have with Blood Lust Revenge, and was also apparent in Blood Lust Romance, is that the novel could use another look-over from an editing standpoint. There are a lot of typographical errors, and the language use was not the best choice of words in many cases. But, if this does not bother you, and you do not mind yet another M. Night Shyamalan-esque ending (the last chapter is bound to leave your mind quite confused), then let Creep Creepersin take you on a crazy blood-filled ride with Blood Lust Revenge!