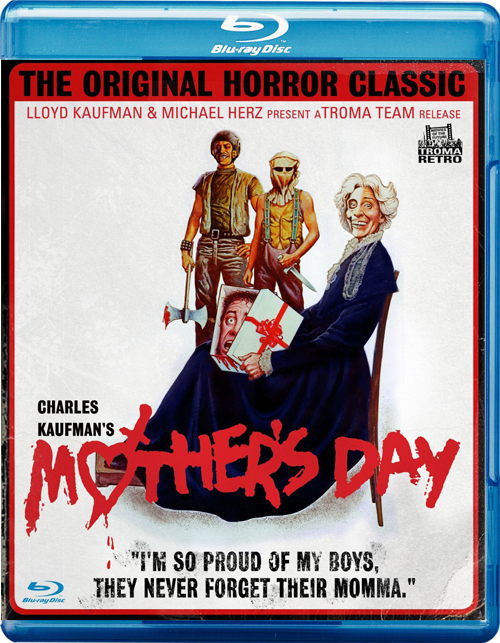 Three female friends (Nancy Hendrickson, Deborah Luce and Tiana Pierce) head to the woods to remember their collegiate good times, all the while with no idea they’re being hunted by a dysfunctional hillbilly family. Mother (Beatrice Pons) is teaching her backwoods boys (Holden McGuire and Michael McCleery) how to rape, torture and kill young women — and her adept pupils are more than willing to practice their lessons.

Hell-o, seekers of the extreme underground. This is a film a bit different for you, from none other than Troma. Usually, I’m not a big fan of their approach to film making, but this is one of my classic favorites (besides Dario Argento’s The Stendhal Syndrome, which is only released and distributed through Troma, but not made by, Fanatic and Bloodsucking Freaks). You’ve seen Friday the Thirteenth (and a re-make, plus Saturday the 14th), You’ve witnessed Halloween (and yet another re-make), you’ve made it through a Black Christmas (and unfortunately, lets not forget the re-make) and You’ve loved and cherished the terror of My Bloody Valentine ( and yes, yet another bloody f*cking re-make. At least it was in 3-D, that’s a little different) and Valentine. You’ve lasted until the darkness of April Fool’s Day (and another blasphemous joke of a re-make) Now, try to survive the night, of Mother’s Day 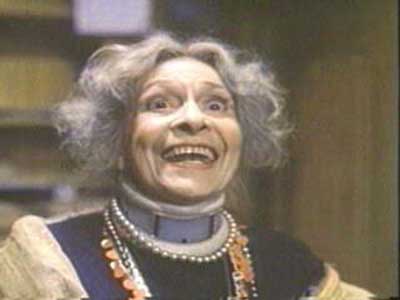 This film is influential even in the following years with films such as Boogie Nights taking shot and cinematography inspiration from this classic (and a bit darker than most) Troma film. Lets not forget, it’s a Kaufman family project, so you know the humor will rear its ugly head sometimes as well. Even if it’s very dark humor… and that it somewhat is. This film is also one of the more brutal Troma releases. As mentioned above, it is a Kaufman family project. The Production Designer, Charles Kaufman was the Producer, Director and Writer. Lloyd Kaufman presents, and Lloyd and Charles’ own mother, Beatris Pona (as Rose Ross) stars in this demented tale of sick motherly love as the deranged and off her rocker mother, herself… and she’s “a sick woman.” One of the main characters’ mothers is sick as well, but it’s a totally different kind of sickness ( in which she constantly reminds her daughter of). 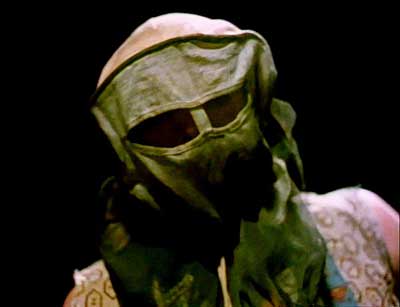 This is a sick and twisted film. If anything reminds me of it today, that does not duplicate it, but kind of compares to… it would be Headers (which takes the grotesque family sickness a step further) . Only this film is of a mother and her two totally twisted and corrupt hellbilly backwoods sons that want to “make their mother proud.”. There is also a deep, dark secret family member that I will not reveal. The two brothers, Ike and Addley, will do anything to please their mother. They will beat, force roll play, rape and kill captured victims… and even fist fight each other to impress and win her love. There is complete humiliation and abuse in the film that leaves somewhat of a dirty feeling after viewing. This is a Rape/ Revenge film of a different kind, class and taste. To their mother, this is entertainment. It’s like her live everyday soaps acted out by her two loving sons. One wears a hood and the other is missing teeth. They both look, talk and act as if they were born of inbred kin sex. 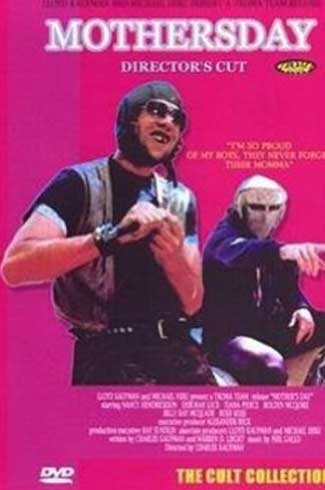 The acting is done disturbingly well. If anything, the special effects could be a little better, but as I mentioned once before, remember who we’re dealing with here. Even though the effects are somewhat poorly done, the Gore Score is quite high and disturbing. There is a very early decapitation that looks decent for a Troma feature. There are many brutal beatings. There is one liquid drain-o type, foaming at the mouth, vomit death. There is a hammer (the nail pulling end) into the crotch. This scene is rather gory. The score by Phil Gallo is pretty decent. There are echo effects used on some of the voices for flashbacks and doubled expression of the moment. The Director of Photography, Joe Mangine does a very nice job as well. 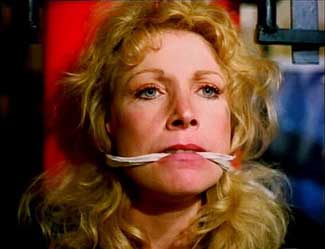 SEE! A DVD full of extras including the digitally mastered Director’s Cut. HEAR! a “grisly Commentary” by the Director, Charles Kaufman which is also featured as well… along with a feature called “The father of Mother’s Day talks about the film. FEEL! The power of Troma Radiation March and other Troma trailers. SEE! A special Kaufman Family Introduction… and closing out the Special Features… FEAR! The true history of Lloyd Kaufman as told by his brother, Charles. 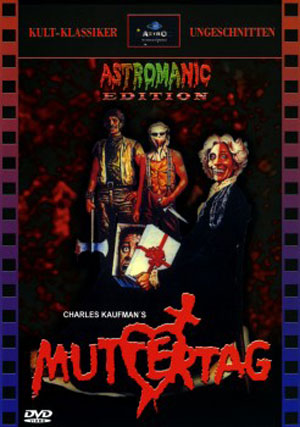 This is absolutely a film worth checking out at least once. It’s an acquired taste that will linger in the mouths of many after viewing. Some will enjoy it and some will find it in utter bad taste. Either way, it’s worth the bite and digestion. For some backwoods brutality and perversely twisted hellbilly humor, look no further than this soon to be butchered classic that’s not recommended for your mother. I give this film, Mother’s Day, FOUR HORNS (OF MOTHERLY LOVE) UP.