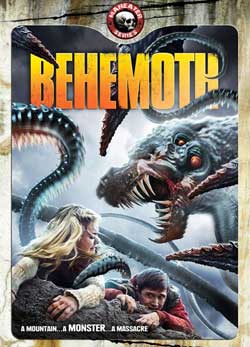 In the mountains north of Olympia, WA lies the town of Ascension, a town that has been plagued for decades with seismic activity. This seismic activity is a little different these days, however, as the cause of the activity is organic, huge, and tired of sleeping under the Earth’s crust.

Behemoth is a SyFy Channel Original movie. That can also be read as “made-for-TV”. As such, it has all the shortcomings one would expect: tame plot, tame script, downright subservient CGI, etc. I can handle all that. My expectations for a SyFy original movie aren’t that high to begin with, allowing me to enjoy their offering at face value and not get disappointed. It’s all in the perspective. This one was a stretch though.

The problem occurs when you’ve geared yourself up to take an entire movie production with a grain of salt and still can’t process what you’re seeing or even why you’re seeing it. The CGI was reminiscent of the stuff we were seeing on Star Trek: The Next Generation. Even the made-for-TV mini-series of Stephen King’s The Stand (which can be seen on the SyFy channel this month apparently) had CGI up to par with Behemoth. Those examples are between seventeen and twenty-four years old. It seems to me that somebody at SyFy could raise the bar a bit.

So, once you’ve accepted the irony of antiquated CGI in a movie made by people whose moniker is synonymous with the future, you’re now going to be forced to try to identify with the characters and their mundane problems. I don’t mean the problems that actually propel the movie forward; I mean the problems that are presented to make us care about the people in the movie. Problems like “Dad’s crazy” or “Older brother’s overbearing” or “I wanna go camping ”. To be fair, those three were all problems of one character, but I can’t remember any of the other trivialities because they all inevitably led to my problem: “Don’t care about your problems cuz there’s a huge beasty beneath the surface of the planet that’s going to destroy the world.”

The other thing that was difficult to watch was seeing otherwise good actors relying on their professionalism to get their job done. There wasn’t anything intriguing about any of the characters, their back-stories, their inter-relations with each other, or even their plight. Yet the actors did their job, and did it well. Ed Quinn (television’s Eureka) did a great job holding it together as an actor, especially in the painful scene where he almost “falls” off a cliff. He grits his mental teeth through this entire scene, which is the equivalent of watching someone “drown” in the shallow end of a pool. Seriously, the “cliff” he so precariously dangles off of is really no more than a slope of maybe twenty degrees. Having climbed to safety, he successfully delivers the line, “Now I know why they call it ‘The Hiker’s Graveyard’”, and doesn’t even give a hint of a giggle. I applaud you Mr. Quinn!

The other actors are all equally worthy of praise for putting in such good performances for a production that didn’t seem to want to give it back to them. Maybe if it would have had a little more thought put into any aspect it would have been better. The actors showed up. All it needed was a writing staff to shore up the script, a special effects coordinator to modernize the effects, and a creative voice to steer the story in an entertaining direction. 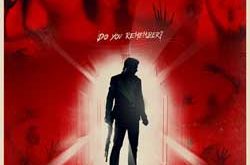