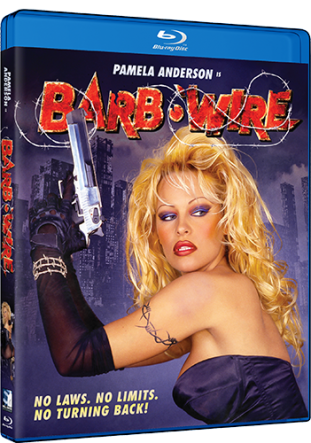 “In the early 21st century, the USA is in the wake of the Second Civil War. The whole country is in a constant state of emergency. What was formerly called the American Congress now rules the country with fascistic methods. There is only one free city left, Steel Harbour, a coastal California industrial town which is headquarters for the resistance. This is the home town of Barb Wire, owner of the Hammerhead nightclub. As times aren’t good, Barb has a second job. She’s a bounty hunter and you probably wouldn’t want her after you. Barb’s credo is to never take sides for anybody and that’s the only way to survive these days in the crime-ridden streets of Steel Harbour. One evening, her former lover Axel Hood appears at the club asking for a favour to help him and his lover Cora D flee the country to Canada, Barb suddenly finds herself to be key player on high political stage. Now she has to take sides.” (courtesy IMDB)

In a fascist-controlled state, a former freedom fighter running the hottest nightclub in town must assist an underground leader and former lover to cross the border to safety. No, it’s not Casablanca (1942), but there’s more than a passing plot resemblance, even if there’s no similarity between Humphrey Bogart and a busty gun-toting wench named Barb Wire. Barbara Kopetski, better known as Barb Wire, was the creation of Chris Warner and Paul Gulacy, and debuted as a superhero in Steel Harbour published in 1993 by Comics Greatest World, an imprint of Dark Horse Comics. Tough as nails and razor sharp, Barb refused to take shit from anybody and hated being called ‘babe’ by men who want to possess her. Set in the far-flung future year of 2017 when America has been devastated by a civil war between a fascist dictatorship known as the Congressional Directorate, and a ragtag group of freedom fighters. Barb runs a bar called Hammerhead in the last bastion of freedom, Steel Harbour, during the day and, at night, reluctantly works as a bounty hunter and enforcer. Parallels between her character and that of Bogart’s Rick Blaine are purposely contrived by the creators. 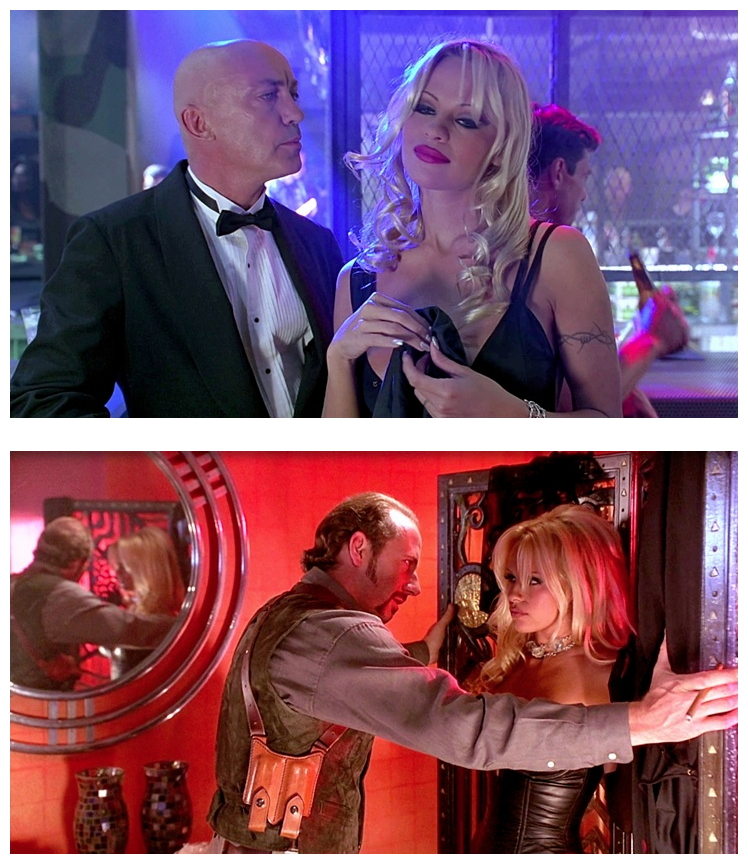 Barb’s a woman with very high standards as she tries to remain neutral in a world where everyone is trying to force her to take sides. No man can have her, and she refuses to waste her time with a man unless he has a really big brain and knows how to use it. Her home town of Steel Harbour is a fascinating cross between World War Two Lisbon and Frank Miller‘s Sin City (2005), with its odd collection of characters. Barb Wire herself is often portrayed in the comics with a form-fitting leather bustier, an arsenal of heavy firepower, and a motorcycle (an 885cc Triumph Thunderbird water-cooled three cylinder model was used in the film) with all manner of lethal accessories. She was supported in her quest to destroy the Prime Movers by Charlie Kopetski, her blind mechanical-genius brother. Other allies included Yo Mama, Ghost, Machine, Motorhead and Wolf-Pack. Barb Wire became the most popular hero to appear in the try-out series Comics Greatest World, and Dark Horse spun-off a limited series of comics based on Warner’s characters. 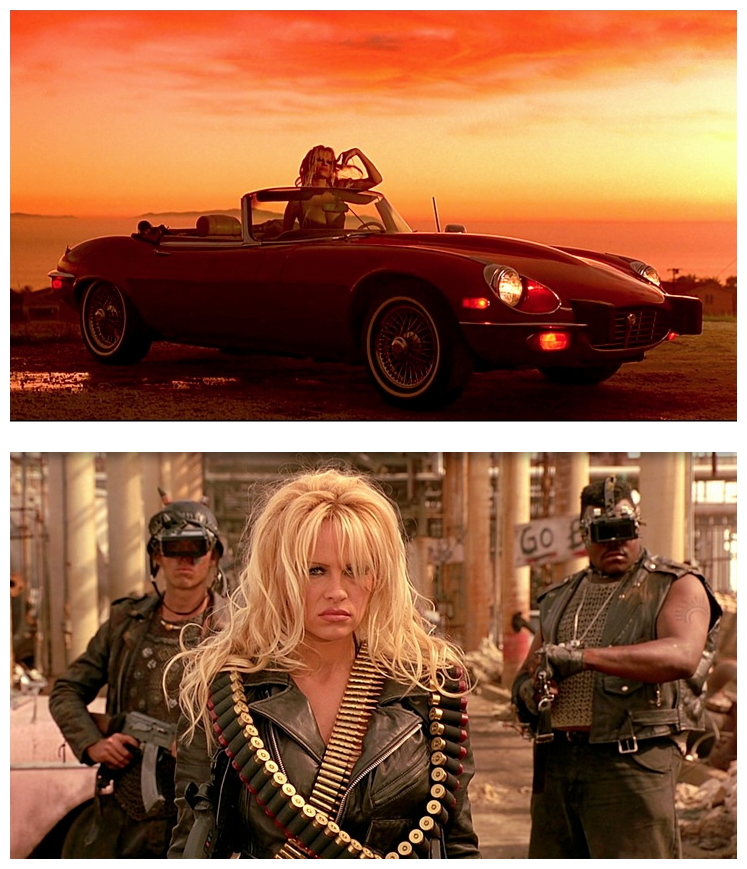 Three years after her comics debut, Barb Wire made the transition to the silver screen, with Pamela Anderson-Lee in the lead role. Most fans of the comic were titillated by the former Playboy Bunny’s appearance, particularly her buxom assets, but could not make much sense of the film version. If the prospect of Pamela Anderson (formerly Lee) as an action heroine sounds harder to swallow than Tommy Lee‘s appendage in their infamous honeymoon video, then let Barb Wire (1996) convince you otherwise. This piquant slice of cinematic cheese is unashamedly a starring vehicle for the former Baywatch implant icon, and the role she was born to play. The second civil war has left the country in the grip of a fascist dictatorship with the only free enclave being a secluded independent island known as Steel Harbour. 2017 is the worst year of her life, according to Barb, proprietor of the harbour’s popular Hammerhead nightspot and sometimes mercenary-for-hire. 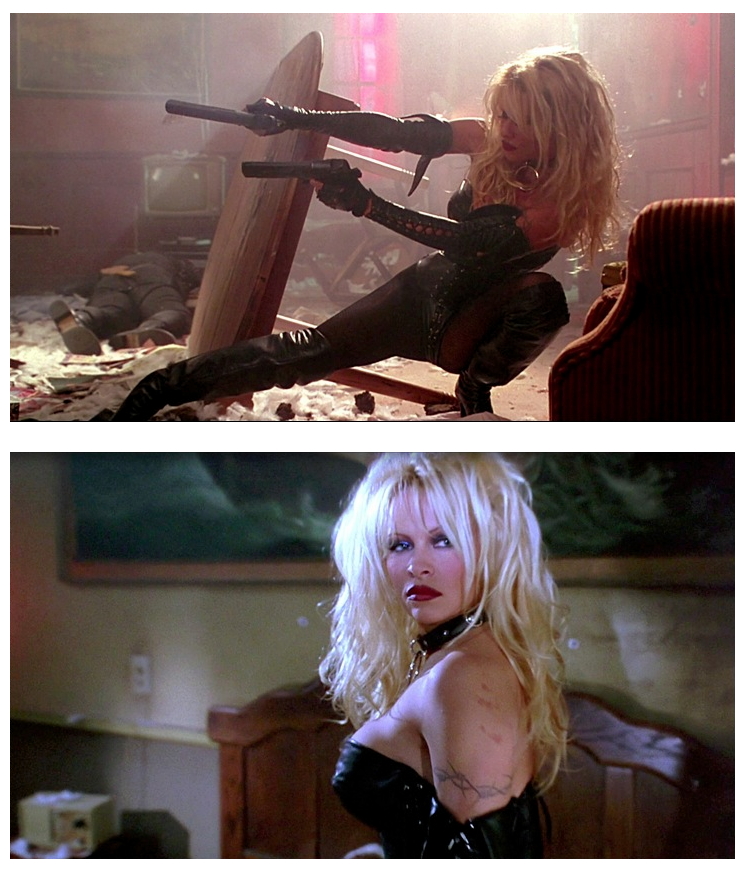 Whether she’s posing as a stripper, or a whore, or emerging as victor in a savage gunfight (only to curse “God damn it!” at a broken nail), Barb’s reputation precedes her and, when resistance fighter and ex-lover Axel Hood (Temuera Morrison) seeks her assistance in smuggling a defecting doctor and a priceless pair of retinal lenses over the Canadian border, the ever-professional Barb rises to the challenge. Every good action star needs a catchphrase (“I’ll be back” or “Make my day”) and Barb’s catchphrase also serves as a warning. “Don’t call me babe!” she snarls before callously dispatching a leering punter (who has foolishly dropped the ‘B’ word) with a lethally aimed stiletto. Pammy is of course terrible in the – dare I say it? – titular role and, while many will find her wooden performance an easy target (more will want to check her for termites), no one ever said she was a Meryl Streep. But hey, if you want to look thin you hang out with fat people, and the makers of Barb Wire have wisely surrounded Pam with a supporting cast of D-list talent the likes of Steve Railsback, Jack Noseworthy and Clint Howard. 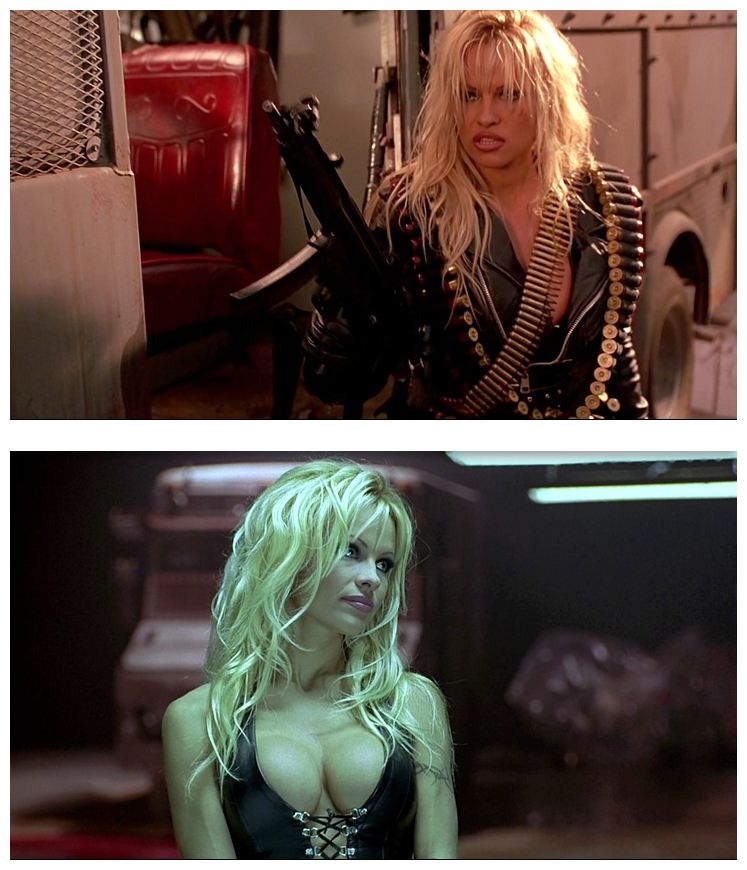 Moreover, Pam’s magnificent mammaries virtually qualify as supporting players in their own right, as they surrep-tit-iously steal the film from under their owner’s nose (okay, I’ll stop with the boob jokes now). There’s no denying that, with enough backlighting, she’s pure eye candy, a towering trollop of trash sewn into a silicone-spilling leather corset, peroxided tresses concealing a fixed and withering glare. This was Pamela Anderson in her prime and now we can only lament what the ravages of Hepatitis C and breast reduction have since done to that impossible hourglass figure. This meandering post-apocalyptic cyberpunk Casablanca (1942) might possess all the direction of an Alan Smithee film but, at the end of the day, it’s all about Pam and her hooters and even the most jaded viewer will no doubt echo the sentiments of the smitten Steel Harbour police chief who declares, “I do believe I’m falling in love,” to which Barb replies, “Get in line!” The film was a huge bomb when it debuted in 1996 and was nominated for a Razzie award for Worst Film Of The Year. 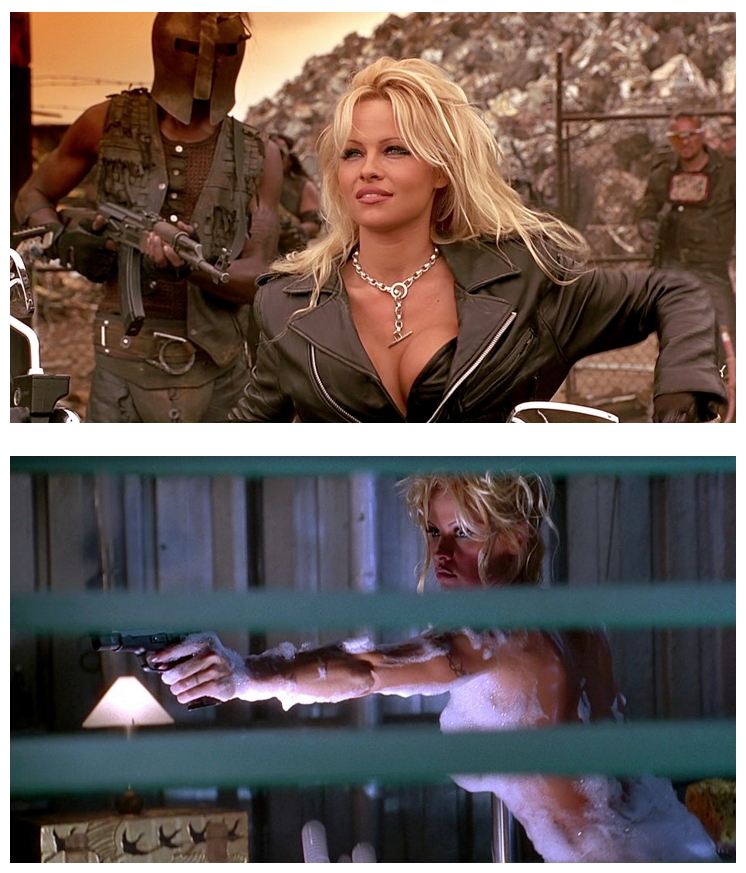 Admittedly it’s a mess. The original director, Adam Rifkin, was replaced by music video maker David Hogan after producers decided Rifkin’s work was less than satisfactory; the theatrical trailer includes additional footage of the war flashback that didn’t make the final cut; and the film contradicts itself about what year it’s set in (2017 or 2019) – nevertheless it’s still worth a look. In the words of Roger Ebert: “The filmmakers must have known they were not making a good movie, but they didn’t use that as an excuse to be boring and lazy. Barb Wire has a high energy level and a sense of deranged fun.” Unfortunately, the failure of the movie spelled certain doom for the comic character, which has since disappeared. I’ll now make my fond farewells, but please be sure to return next week with a stout heart, an iron stomach and a titanium bladder for another head-melting romp through the garden of unearthly delights known as…Horror News! Toodles! 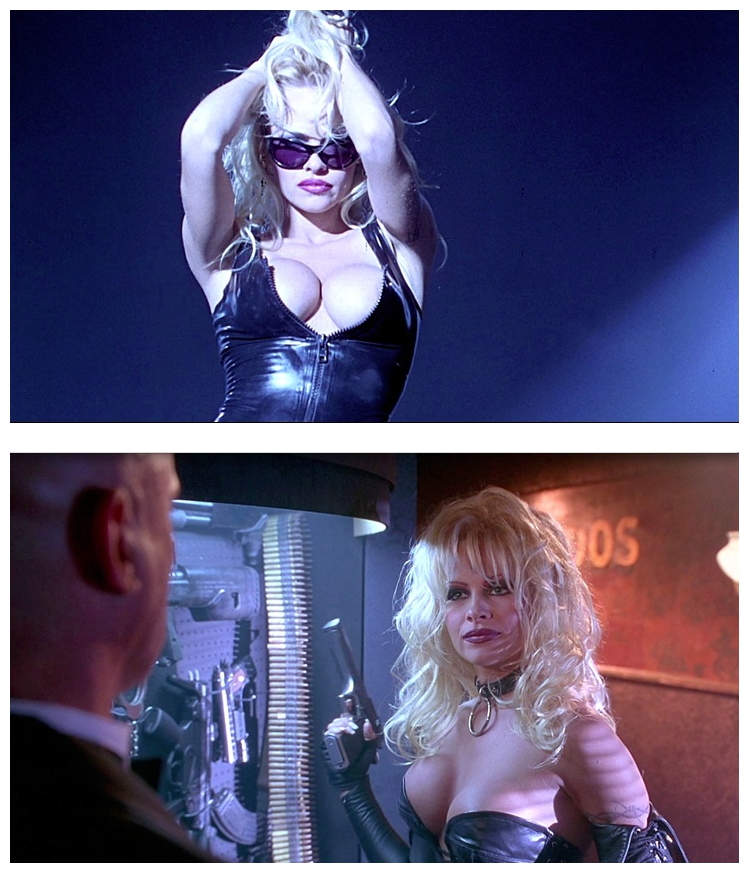