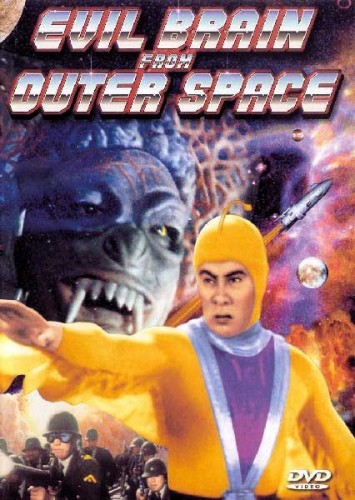 SYNOPSIS:
“A monstrous evil brain from outer space leads his minions on a crusade to conquer the universe, and unleashes hideous monsters on Earth that spread deadly diseases. Superhero Starman must rescue Earth from the menace of the evil brain while battling armies of monsters the brain sends against him.” (courtesy IMDB)

REVIEW:
Before I start this week’s review, I would like readers to be aware that this film was made in a less sophisticated time when all mutants were considered evil. Thanks to the recent X-Men (2000) movies, we now know better. And so, without any further ado, please allow me to discuss the classic Evil Brain From Outer Space (1964). 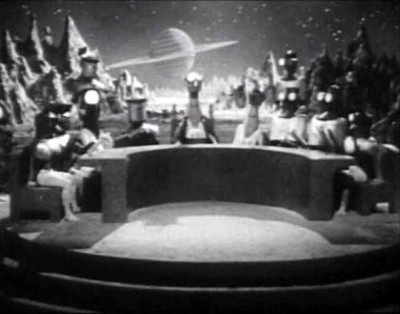 Okay, here’s a couple of good reasons why Evil Brain From Outer Space makes no sense at all. It’s actually three films cut into one. First is Supergiant: The Space Mutant Appears, then Supergiant Continues: The Devil’s Incarnation, and finally Supergiant Continues: The Poison Moth Kingdom. So here’s a simple guide to work out which film is which: When the evil brain-bat-thing appears on screen, it’s Space Mutant Appears. If it’s the scary hag woman, it’s The Devil’s Incarnation. If the gentlemen in the skintight black suits show up, it’s the late show at The Midnight Shift…I mean, Poison Moth Kingdom, which would be a great name for a band. Let’s go through it quickly once more. Space Mutant, Devil’s Incarnation, Poison Moth Kingdom. All clear? Good. 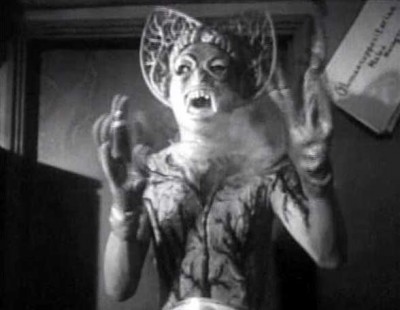 Another reason why it makes no sense at all, is that it’s not meant to. It’s actually designed to induce Alzheimer’s in the viewers, something I forgot to mention at the start – sorry. Evil Brain From Outer Space is one of the first examples of weaponised cinema. It was developed in the sixties when the military actually discovered that films could cause migraines and brain haemorrhages just by lacking continuity. They first conducted experiments on teenagers with drive-in movies. In fact, many of the films I’ll be discussing are early prototypes. Soon they moved into mainstream Hollywood and to this day, there is a lethal print of The Sound Of Music (1965) still in circulation. 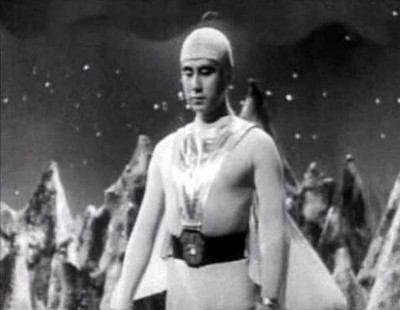 Teruo is no doubt responsible for a certain costume enhancement that gives Supergiant his name, a padded front was meant to entice lady viewers to Supergiant. Ken Utsui, who plays Supergiant was so embarrassed by his stuffed tights that to this day he still refuses to discuss it. So if you see him, please don’t walk up to him and ask him about his Supergiant – I’m very sorry I said that. By the way, did you catch my little cameo? I was paid my weight in sushi. 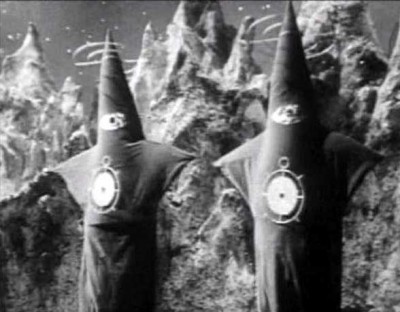 Supergiant, also known as Starman, was Japan’s answer to Superman, so while Superman was busy foiling forgers and capturing counterfeiters, Supergiant was busy defending Japan from giant monsters, alien invasions, and evil mutants of course. He was later joined by Ultraman, Johnny Sokko And His Flying Robot and The Mighty Morphin Power Rangers.

Finally, a shout out to Mary and Monica who sent some rather un-airable emails to me, and are offering to become my first groupies. Just so long as you’re not into plaster casting, ladies, or you’re going to be disappointed. Toodles! 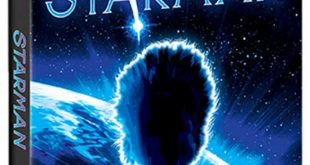