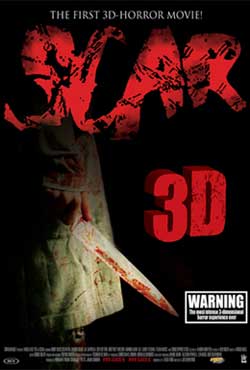 Joan Burrows (Bettis) returns to her hometown for her niece’s graduation, only to be confronted by the serial killer she thought she offed years ago — after he kidnapped and tormented her and her best friend.

Another in the long line of Saw like torture p*rn movies. The gimmick is that the killer tortures you in front of your friend and he will stop hurting you if you tell him to kill your friend. How much do you care about your friends and family when the pain gets too great for you to bear. To be honest neither of our heroines hold up too well when tortured, they both tell the killers to kill their friends. How do you live with the guilt of being part of the killing of your best friend? 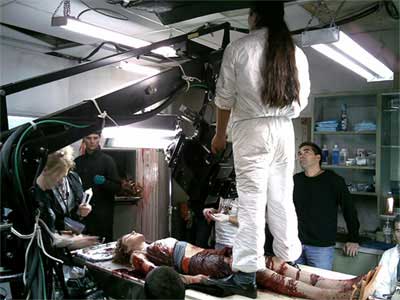 Joan Burrows(Angela Bettis) knows what it is like to break down and tell a killer to kill her best friend when the pain of torture gets too great. The movie follows both Joan’s return to her home town and the torture she faced when a teenager. She seems numb, detached from her family and seems to try to keep the world at a distance. I think Angela’s performance is true to the character but as an adult she is not so easy to root for. She keeps the audience at a distance as well. Most of the characters are just victims waiting to happen but teenage Joan (Brittney Wilson) and her niece Olympia (Kirby Bliss Blanton) both end up being very likable and it makes the torture of them even harder to watch. I will be honest I am the last person to understand what is so interesting about torture and suffering.

I want to be scared, thrilled but watching someone slowly get cut to pieces isn’t my idea of a fun evening. The movie is very grim, the colors muted and pretty realistic when it comes to the gore. A lot of the death in the movie happens off screen but the torture we do see is pretty painful. A tongue is ripped out, staple gun is used on a stomach, a belly ring is pulled off and knife goes down a throat. Ben Cotton does a good job with what he is given as the first killer but his motivation is pretty much I like to kill and the second one seems to have lived quietly just to rise up when Joan returns to town. 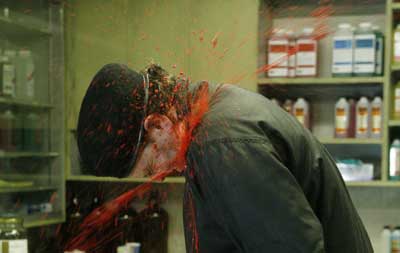 The movie was filmed in 3-D but this reviewers’ copy is in 2-D and I don’t see many times that the 3-D would have made a difference. There aren’t things flying at the camera often so I don’t think it would affect this review at all. The movie almost has a shot on video and processed to look like film feel to it. It is probably all the muted feel of the colors.

The movie tries to give you the idea that maybe Joan has lost it and is killing people or that somehow Bishop has returned after death but it is all just a copycat and pretty whiny one at that. You can see who the killer is a mile away which makes the movie a lot less interesting. 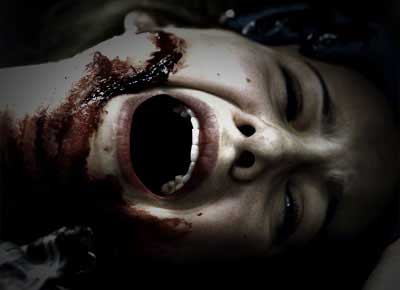 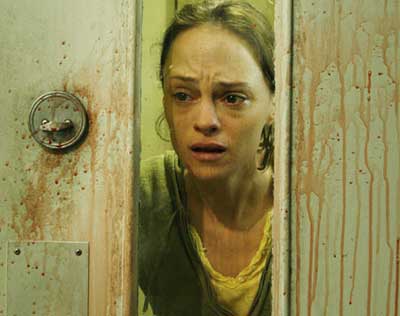 Gore fans will probably hate that a lot of killing is off screen but they do get good makeup effects when the torture is shown. I felt a little sick a few times which normally means someone else is going “hey I love when they cut the tongue out man!” The flashbacks that go throughout the film to reveal what happened to Joan really don’t seem like the intercutting with the modern day does much to affect the plot, it just seems to be a way of making the film seem smarter than it is.

*Both Brittney Wilson and Kirby Bliss Blanton are interesting actresses who are very watchable and do make you care what happens to them.

*Ben Cotton is pretty creepy as the original killer.

*The makeup effects are well done.

*I enjoyed the reverse of the teenage couple with her wanting sex  and the male character wanting to stay a virgin, that was at least different. 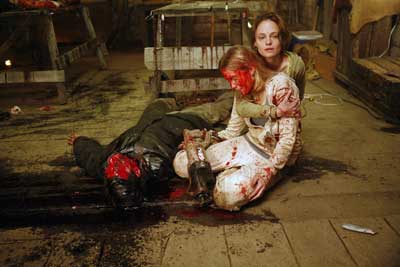 * Our second killer never shuts up.

*Too grim for me. I know people are dying but doesn’t anyone know a good joke?

*The “scare” scene at the end, oh come on, can’t you do better than  that?

So summing the movie up, a paint by numbers script, a creepy killer and a lame killer, some good acting and some painful torture. I give it two stars and hope that the actresses agents get them a better film next time out. I am not a big fan of this movie but I do like that I did care about the main characters, so I had a reason to watch the movie to the end. No popcorn for this one and maybe a beer to take the edge off. 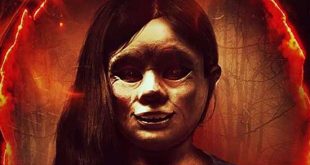