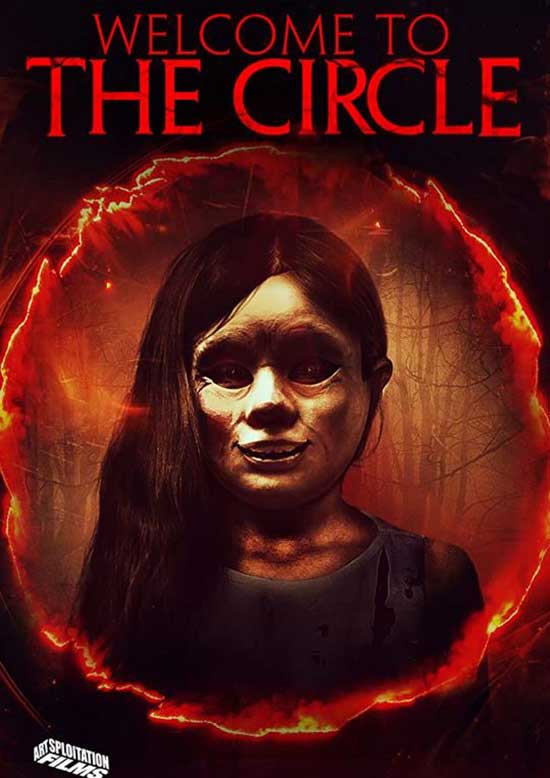 A random bear attack during a family camping trip leaves Greg (father) and Samantha (daughter) trapped by demon worshiping cult known as The Circle. Unbeknownst to all is that there’s an infiltrator in the cults ranks. She is communication with a former member on the outside named Grady. Grady’s plan is to lead a small group of rescuers into the heart of The Circle. But will they get there in time to save Greg, Samantha, and others from the demon known as Percy Stephens?

The horror genre has witnessed many movies about nefarious cults; these range from all-time classics such as Rosemary’s Baby and The Wicker Man (Christoper Lee/Edward Woodward version) to the pretty awful but still entertaining (Children Of The Corn, The Wicker Man (Nicolas Cage version). A new entry into the canon from this year, directed and written by David Fowler, is Welcome To The Circle. 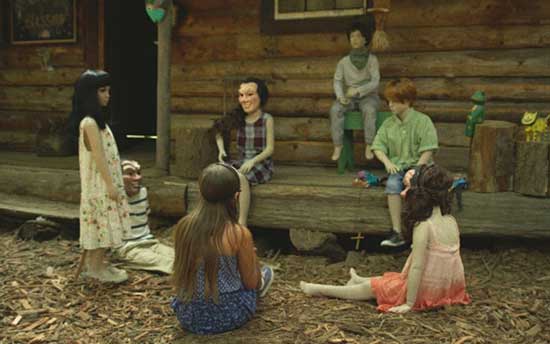 When Greg (Matthew MacCaull) takes his young daughter Samantha (Taylor Dianne Robinson) on a camping trip in the woods, little does he know that he’s setting in motion a chain of events that will have catastrophic effects on both of their lives. Their trip is brought to an abrupt end by an – unseen – night time bear attack, following which they are rescued and taken to sanctuary by a group of beautiful women. Upon waking up in their woodland lodge, Greg is unnerved to find that Samantha is nowhere to be seen; she does turn up shortly though, wearing a sinister mask and apparently enamoured with her new friends, just in time to join her dad in a meeting with his lovely rescuers and apparent leader figure Mathew (Michael Rogers). 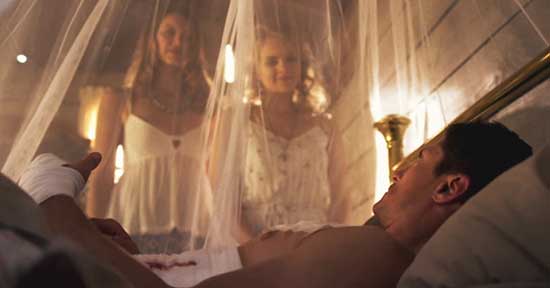 At this point it’s fairly obvious to anyone with functioning brain cells numbering in more than double digits, that these beautiful women, clad entirely in diaphanous white, are hiding something; it turns out at least one secret they’re keeping is a penchant for disembowelling and eating their guests.

While all this sounds like it’s laying the foundations for a movie about creepy cult leaders, brainwashing naive victims into joining their flock of mindless followers, it really isn’t. Instead Welcome To The Circle actually sets out its stall early, by assaulting our ears with some of the most ludicrous, pretentious and downright awful dialogue I have ever heard in any movie, horror or otherwise. Greg and Sam’s three rescuers are lumbered with monikers like Lotus Cloud and Sky, and waste no time in baffling them with nonsense about secret messages, hidden meanings, circles, feedback loops and an enigmatic figure known as Percy Stevens.

The woo they endlessly spout (an early example; ‘come, join the circle’ to which the reply, squeaked out in true valley girl fashion, is ‘I LOVE circles!!’) will soon give the average viewer a burning desire to pull their own teeth out. Characters repeat the same nonsensical phrases over and over to each other, while the camera pans to each actor as they speak with a misguided impression that we’re being given meaningful, portentous truths. In actual fact you get the impression that when Fowler wrote the dialogue, he took a leaf out of David Bowie’s songwriting technique in that he clipped a stack of random words out of magazines, threw them in the air and stuck whatever landed down on the script. Seriously, this stuff makes The Matrix Revolutions look like a natural history documentary. 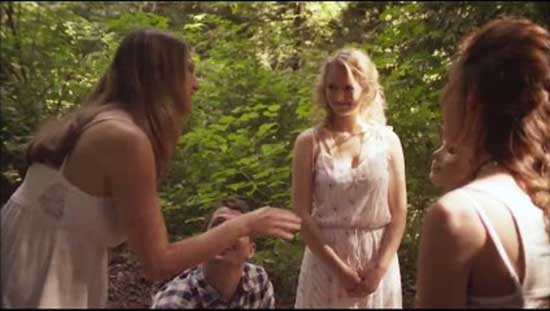 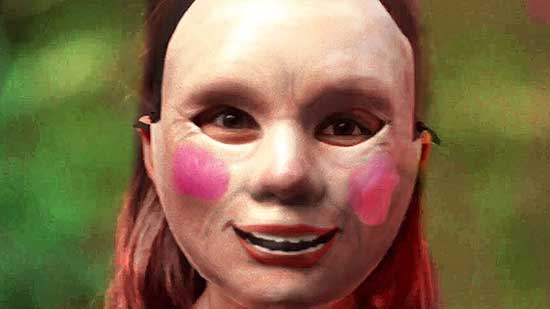 It doesn’t help matters that the acting, bar a couple of notable exceptions, is eye-rollingly awful; if ever the horror genre had an equal of Tommy Wiseau’s The Room then this is it. Those exceptions come from Taylor Dianne Robinson as Samantha, who comfortably out-acts every adult she appears in a scene with, except for when she pairs up with Ben Cotton’s Grady in the latter half of the movie, during which the duo form a surprisingly endearing partnership. 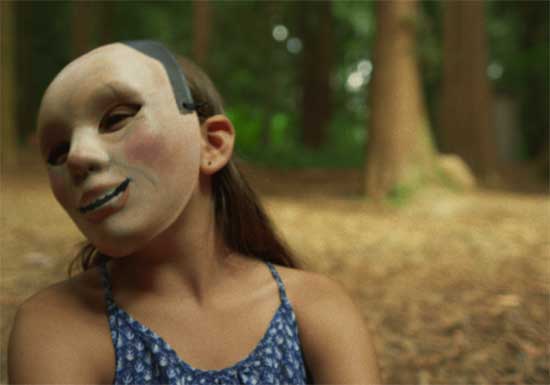 Grady, ostensibly a freelance deprogrammer specialising in rescuing people from the clutches of evil cults, turns out to have been born in one himself; and while this might have made an interesting twist, it’s merely the latest nail in the coffin of cohesive storytelling in this movie. But, I’ll be damned if it hadn’t been so awful, self-important and bizarre up to this point, that I found myself against my will wanting to know what happened next. The movie is like a cinematic car wreck on the motorway; you know you shouldn’t look but you just can’t help yourself. Just don’t be surprised if you feel a little disgusted with yourself if you make all the way through to the end. 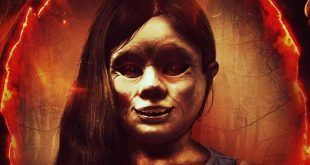 WELCOME TO THE CIRCLE Acquired by Artsploitation Films 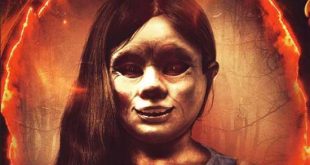 New Trailer-“WELCOME TO THE CIRCLE” introduces us to Madman-Worshipping Cult! 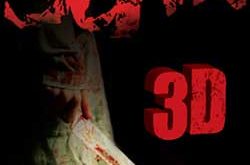