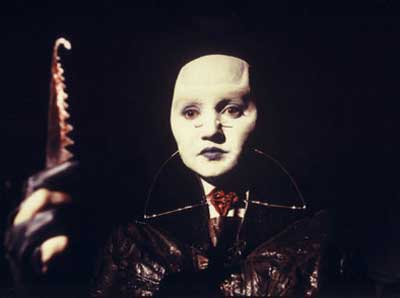 Can you tell our Horrornews readers a brief synopsis of what Sister Cilice is about?

A woman is placed in a convent against her will and fantasizes about power, domination, sensuality and freedom — all the things that are forbidden to her. She finds a key to the Schism that can bring forth the Order of the Gash and she fearlessly summons the Cenobites, who are astounded at her willingness to trade her humanity for infernal, eternal sensation.

How did you get involved with writing this short story for Hellbound Hearts?

I’d met Paul Kane through his interviews with me for his book, ‘The Hellraiser Films and Their Legacy’. He invited me to a British Fantasy Society get-together and I met Marie O’Regan there. They invited me to submit a story, and I have to admit, I was a bit dubious, because my field of expertise in writing is really crime, not horror, but one night ‘Sister Cilice’ popped into my head and that was it. I think it took me a week to write and edit the story.

I’m hearing all kind of great things about your story. What kind of writing background do you have?

Well, I’ve been writing stories for many years now and I’ve finished a novel entitled ‘The Venus Complex’, which is still looking for a publisher to understand it. It’s a fictionalized journal of a man who makes the decision to lose control and become a serial killer. But it’s also a very angry, sexy, funny book. My tagline is: “Enter into Michael’s world through the pages of his personal journal, where every diseased thought, disturbing dream, politically incorrect rant and sexually explicit murder highlights his journey from zero to psycho.”

Here’s a link to more info about ‘The Venus Complex’, including a review of the book by Paul Kane, the editor of ‘Hellbound Hearts’:
www.barbiewilde.com/VenusComplex.html

I’ve also written the scripts for most of the TV shows that I’ve presented over the years: ‘The American Hot 100’, ‘Music Box’, ‘Hold Tight’, ‘The Small Screen’, ‘The Gig’, etc.

What inspired you to write Sister Cilice?

Paul suggested that I might want to explore the world of the Cenobites from a feminine perspective. After all, the Lead Cenobite in Clive Barker’s novella, ‘The Hellbound Heart’, (the basis for all the Hellraiser films) was female. Since we had to use the novella as source material, rather than the films, it was fascinating to re-read ‘The Hellbound Heart’ again. So simple, yet so complex . . . and beautifully written as well.

Are you planning on writing anything else? 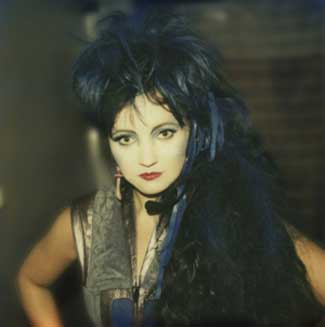 What other short stories from Hellbound Hearts should we look forward too?

Can you believe it, I haven’t had a chance to read all of the stories yet as I’ve only just received a copy of the book. So far, I loved the Pete Atkins story ‘Prisoners of the Inferno’ and my fellow Cenobite Nicholas Vince’s story, ‘Demon’s Design’. I’m really looking forward to reading the rest of the stories soon.

Do you ever see any of your old Hellraiser Hellbound co-stars?

We periodically meet up at horror conventions and we always have a great time together.

What is your fondest memory from back when you made Hellraiser Hellbound?

Well, my fondest memories have to be meeting Doug, Simon, Nicko, Ken, Ashley and Clare. (Although I spent much more time with my fellow Cenobites because of the make-up and costume preparation.) The make-up and costume crew were fantastic . . . funny and very patient. And of course, meeting Pete Atkins and Clive was pretty cool, as well.

The actual filming process was pretty exhausting, because we had very early calls for make-up and costume, then we had to wait around for hours, then sporadic bits of filming, then taking off the make-up took an hour, then the next day . . . it all started again! But it was fun to be part of such an extraordinary project.

Why do you think the Cenobites have remained so popular with fans through the years?

Clive created characters that were very intriguing, unique, powerful, sexy, mysterious and deeply disturbing. I think that’s why the Cenobites have stuck in people’s memories and why they’ve frightened a generation of horror fans over the years.

Are there any current works of horror that impress you? 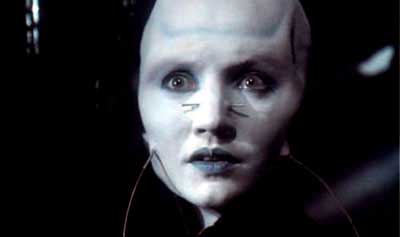 I must admit, I’m a big fan of older horror films like:
The Thing (Christian Nyby, Howard Hawks 1952)
Invaders from Mars (William Cameron Menzies 1953)
The Invasion of the Body Snatchers (Don Siegel 1956) Kevin McCarthy
The Horror of Dracula (1958) Christopher Lee and Peter Cushing
Night of the Demon (Jacques Tourneur 1958) Dana Andrews
The Innocents (1961) – this one is a personal favorite of Doug Bradley as well and it starred Deborah Kerr. It’s one of those films that prove subtlety and imagination can be ten times more terrifying than loud noises or things that go bump in the night.
The Haunting (Robert Wise 1963) Clare Bloom, Julie Harris (from a Shirley Jackson story)
The Exorcist (William Friedkin 1973) and The Exorcist III (1990)
Don’t Look Now (Nicholas Roeg 1973)
Of course, the original Halloween (Carpenter 1978) was brilliant. 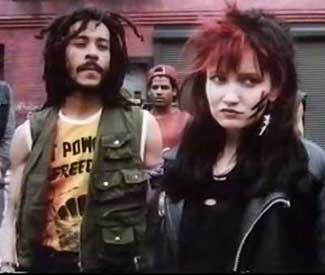 And my favorite Hellraiser film is the original (1987)