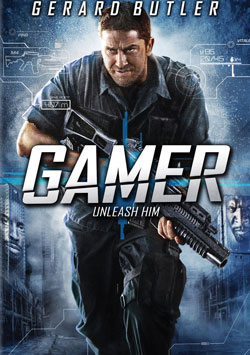 It’s 2034, and humans can control and kill each other in a large-scale online gaming world. But Kable (Gerard Butler), a wrongfully convicted soldier forced to join the violent competition, tries to free himself by taking out its evil architect, Ken (Michael C. Hall). While being controlled by a rich kid (Logan Lerman), Kable must also save his wife, Angie (Amber Valletta), who’s trapped in her own avatar world.

“Gamer” is the latest film by the writing/directing team of Neveldine/Taylor, the twisted minds behind the hyper-kinetic “Crank” films. Neveldine/Taylor have crafted a film that, for me, has a much stronger narrative than “Crank 2” and elevated by some really great performances, especially the scene stealing Michael C. Hall. That’s not to say that Gerard Butler doesn’t hold his own. There are some really interesting ideas at play here and some strong visuals, along with a few token “What the f___?” moments that leave you shaking your head but this is a film that, even though it wasn’t a huge success theatrically, will most certainly find its audience when it hits DVD this month.

Ken Castle (Michael C. Hall) has created a game, Society, much like the Sims, but you pay to play or are paid to be played. It’s virtual reality taken to an all new level. His latest game, Slayers, puts death row inmates in a game where it is kill or be killed and after 30 games, the survivors are set free. Gerard Butler is Kable, a man wrongly accused of murder and a participant in the game. He is the star character of the game and Simon (Logan Lerman) is the lucky young man who plays him. Kable wants to break free of the game and find his way back to his family, his freedom, and the chance to take down the wicked mastermind Castle.

What I found so fun about the film, is the fact that it actually, at the right times, feels like a live action video game. I’ll admit to being a bit of a gamer myself and Neveldine/Taylor chose to use mostly stereotypes as the games in the film, but do so in a style they can now call their own.

There are glitches in the game, people move like a video game, they even have some of the camera angles down. It really makes for some interesting viewing. Slayers, the game, mostly reminded me of something like “Call of Duty” and the action we see is incredible. There is plenty of the red stuff and body parts that should satisfy the appetite of gorehounds like us. The hyper-stylized action takes away from the story at times, and the story itself is rather thin. There is enough character here though that the actors are able to breathe life into them, making them believable in a futuristic world that is incredibly over the top. Michael C. Hall has never failed to impress me.

I had no idea the guy was ripped, plus his character is such the perfect villain that at times you almost want to root for him. There are cameos’ galore in this film, someone is popping up every couple of minutes. From John Leguizamo to James Roday, and from Lloyd Kaufman to Zoe Bell. The supporting cast helped to keep things interesting, especially the always captivating Kyra Sedgwick whos’ character Gina Parker Smith is pivotal to the story. This isn’t a film you watch for the story, it’s the action and it is delivered in spades.

A killer soundtrack helps to set things in motion and everything is here for the consumption. “Gamer” is far from being high art. It is high gloss exploitation at its finest. This was a film I had been anxiously awaiting to see, though it wasn’t exactly what I was expecting, I wasn’t disappointed. I thought that maybe Neveldine/Taylor had tamed their style a bit and were doing a straight forward science fiction action film, based on the trailers, it really looked that way.

I was happy to see that the trailers were a bit misleading, though I have a feeling that marketing it the way Lionsgate did may have been the reason it failed at the box office. Do yourself a favor, check out “Gamer”, it has it all, blood, guts, bullets, explosions and boobies all in a bizarre little package. 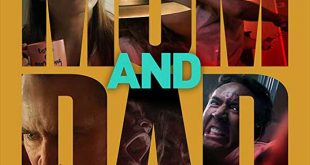 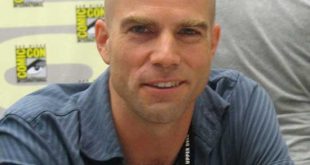