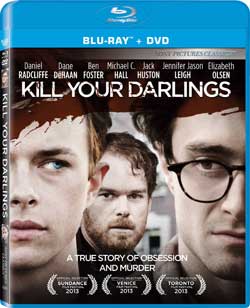 A murder in 1944 draws together the great poets of the beat generation: Allen Ginsberg, Jack Kerouac and William Burroughs

Allen Ginsberg’s “Howl and Other Poems” made its debut nearly fifty years ago, and remains quintessential material for scarf-wearing hipsters and literary students alike.  His angry, often obscene diatribe against commercialism and conformity still resonates today, though no mere work of prose could ever change world views.  If that were true, war and intolerance would have been extinguished in the 13th century by Rumi’s lyrical call for peace.

It’s tough to think of Ginsberg, who had reached near-mythical status by the age of forty, as an awkward college freshman.  That’s precisely what he was when first entering Columbia University in 1943, or at least how he is conveyed through the script of writer/director John Krokidas (working with Austin Bunn) and Daniel Radcliffe’s lead portrayal in “Kill Your Darlings.”  Bespectacled and initially taken aback by this exciting new environment, Radcliffe’s Allen isn’t far removed from that certain character we’ve watched him grow up playing.  I realized midway through this latest opus, it’s with a sense of unwarranted pride in which I’ve witnessed his transformation from child actor into one of his generation’s finest young thespians. 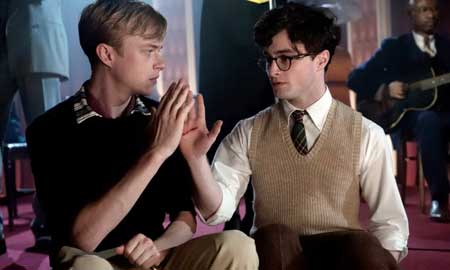 As with every college movie in existence, it isn’t long before Allen is skipping class, drinking when he should be studying and hanging out with the wrong crowd.  The “wrong crowd,” in this case, would come to be known and embraced (or reviled, for that one conservative who is bothering to read a review for this particular film) as the Beat Generation.  Here is where the initial seed of their writing revolution, entitled “The New Vision,” began before ink had even been put to paper in its service.

Jack Huston of HBO’s “Boardwalk Empire” infuses Jack Kerouac (who first introduced the phrase “Beat Generation” in 1948) with the appropriate machismo, having recently returned from a Merchant Marine tour when first introduced.  As the soft-spoken and dapper William S. Burroughs, it’s Ben Foster who walks away with the entire picture.  One could argue that he is afforded a more eccentric character than his fellow cast members, but Foster has been effortlessly doing this since his teens.  From a small supporting role in the cult series “Freaks and Geeks” to his brilliantly explosive performance in 2006’s “Alpha Dog,” he is often the best part of any project he signs his name to.  “Darlings” is no exception. 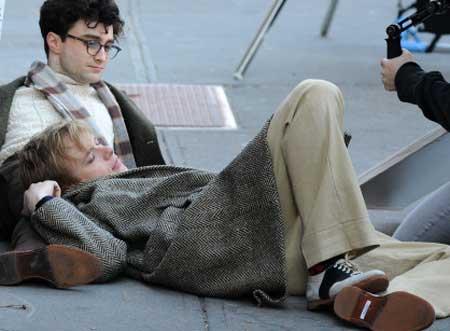 The focal point of the endeavor belongs to Allen’s one-sided relationship with Lucien Carr, who introduced him to the joys of alcohol and free-thinking.  Another lost soul and emotional victim kept on Lucien’s short leash is former professor David Kammerer, who quit teaching at Washington University once Lucien transferred to New York.  Dane DeHaan, who many of you will see in this spring’s “The Amazing Spider-Man 2” as Harry Osborn/Green Goblin, brings a subtle level of sociopathic detachment to Lucien, keeping his true motivations a mystery once the central love triangle turns tragic.  Michael C. Hall is a gentleman who will undoubtedly have a long and fruitful post-Dexter career ahead of him, as his obsessive David proves.  Allen and his often routine coming-of-age story dominate much of the screen time, but it’s the dynamic between Hall and DeHaan that propels the film into its final third once David is found stabbed and drowned by Lucien’s hands in the Hudson River. 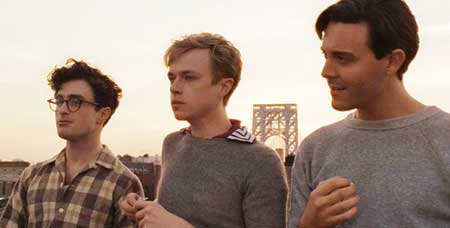 This murder/crime of passion, which was deceptively alluded to being more pivotal in previews and promotional materials, doesn’t even occur (save an opening teaser shot) until well after the one hour mark.  Now, this is not a complaint against the advertising.  Yours truly is aware that any stuffed shirt studio executive would want the homosexual romance downplayed if not outright omitted from the marketing campaign in order to sell a few extra tickets, a fact in itself that should have the Beats spinning in their graves.

What I am questioning are the thematic choices of Krokidas and Bunn, who spend far too much time bogging down the middle with Allen and company’s anarchic collegiate antics.  One sequence, in which they sneak into the campus library at night and are chased around by bumbling security officers, is straight out of “National Lampoon’s Animal House” and a betrayal to the mood of the overall picture.  There’s a marvelous spirit and liveliness to “Darlings,” but feature-length virgin Krokidas pushes it too far in places.  These missteps are made all the more obvious by his unfortunate use of contemporary punk music to punctuate them further.  Also, nothing that occurs prior seems to inform David’s death at all, making it feel more like a plot machination to keep the proceedings popping than actual historical record.

Despite these rookie mistakes, Krokidas elicits extraordinary performances from his cast across the board.  As an acting showcase, you’d be hard pressed to find better than “Darlings.”  David Cross, who should own every television Supporting Actor award known to man for his closeted Tobias Fünke on “Arrested Development,” delivers a moving and rare dramatic turn as Allen’s father Louis.  As mentally unhinged mother Naomi, Jennifer Jason Leigh brings the crazy in her own unique fashion, precariously toeing the line of overreaching but never crossing it. 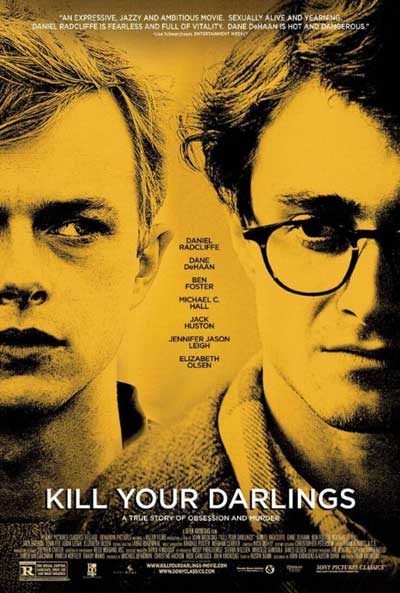 Once Allen finally opens his eyes to the poison of Lucien’s influence, he refuses to help him in his plea of “Honor Slaying,” which is essentially an archaic version of today’s “Stand Your Ground” laws with one major difference: The former allowed straights to murder gays in the name of self-defense, whereas the latter grants similar immunity to whites who kill blacks.  Same injustice, different legalized discrimination.  (Take that, one conservative reader!)

It was this heart-wrenching decision on Allen’s part that inspired “Howl” and his original dedication of the work to Lucien, who would later ask that his name be removed from all future prints.  It was also the moment our protagonist broke away into a true individual, and I realized just how much I’d grown to admire this young man and his uneven yet fascinating journey that is “Kill Your Darlings.”  Well done.

On a parting bit of trivia, the title is a quote often attributed to William Faulkner, who had actually cribbed it from Sir Arthur Quiller-Couch.  If anyone tries to convince you that Stephen King coined the expression in “On Writing: A Memoir of the Craft,” do Allen Ginsberg and me a favor and smack that person for us. 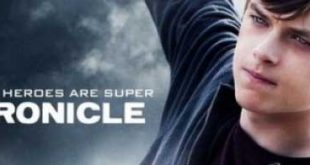