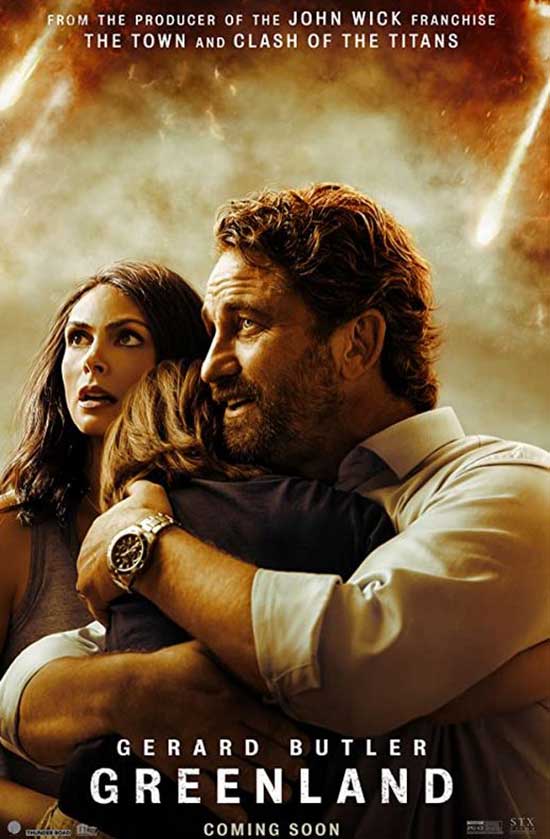 A family struggles for survival in the face of a cataclysmic natural disaster.

Movies centered on the end of days can easily be divided into two categories. In one corner, you’ve got your Bruckheimer-esque action flicks where Earth is royally screwed. Still, you better believe America will live to fight another day. Think of your Day After Tomorrows, your 2012s, that kind of thing. Then over in the other corner, we’ve got your more grounded threats of extinction where everyone learns something about themselves, in a way that’s supposed to mean, something before they’re nothing more than scorched shadows on the ground. We’re talking about These Final Hours, Last Night, and When the Wind Blows. Greenland, from Director Ric Roman Waugh (Angel Has Fallen), tries to marry both sensibilities and in doing so, to quote Noel Fielding, ‘make(s) something not quite as good as either.’

Written by Chris Sparling (Sea of Trees), Greenland stars Gerard Butler (300, Has Fallen series) as everyman architect, John Garrity. When we meet John, the world is vibrating with the news that a newly discovered interstellar comet – named Clarke, no less – is predicted to narrowly pass Earth. However, John is more focused on mundane things, such as the death rattle that is his marriage to Allison (Morena Baccarin, Gotham, Deadpool). Trying to maintain a brave face in front of their son, Nathan, the couple have friends over for a ‘watch the comet’ party. 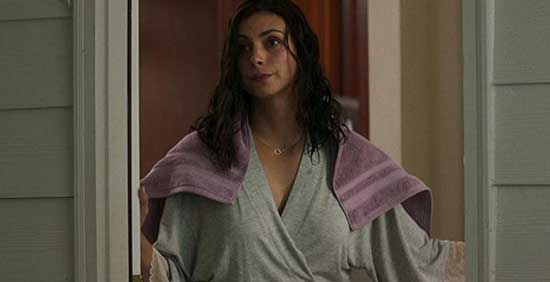 The party quickly takes a dark when the comet turns out to be several comets, none of which are burning upon entry and all of them pointing towards extinction-level damage. When Florida is literally and hilariously wiped off the map by the first impact, John receives a presidential alert informing him that he and his family have been selected for emergency shelter. Bad news for people wanting to go to Disneyland, but thumbs up for John and family, eh? 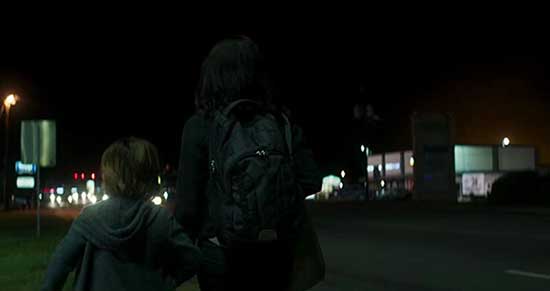 From here, Greenland follows the family as they make their way to an air force base for further instructions. Of course, this would be an incredibly short movie if everything went according to plan. So, it’s not long before Nathan’s missing insulin causes the family to be separated. From here, the narrative bounces between John and Allison as they try to find each other and randomly lose Nathan every now and then along the way.

Greenland should be commended for its attempts to maintain a realistic drive to the proceedings. Sparling’s script manages to pick up little details that, given the current situation around COVID, ring painfully true. As a species, we have an undeniable rough side. There have been far too many stories of people only looking after number one at the expense of others, and Greenland echoes some of this mentality. Take, for example, the couple that comes to the rescue of Allison and Nathan, while openly criticizing people that only appear to be out for themselves in a crisis. When an opportunity presents itself, they are more than happy to throw Allison under the bus.

Then it’s as if Greenland senses that people wanting to watch a Gerrard Butler movie aren’t here to watch a bunch of people shoegazing before their candles are farted out. As such, the film tries to insert moments of action that are about as convincing as Butler’s American accent, culminating in a scene where Daddy Garrity takes on a gang with only a hammer for protection. There’s supposed to be a lesson learnt from John’s turn to violence, but it doesn’t convince.

Which is something that can be said about Greenland as a whole. Despite its best attempts, it’s a rather drab affair which just makes its way through a list of predictable apocalyptic scenarios. If you were looking for a film which is essentially people running in a panic for two hours, then line up. Otherwise, there is much better fare out there to spend your time on.