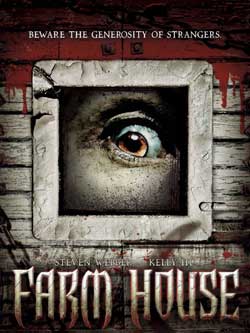 Farmhouse is a psychological thriller set in the modern day mid-west. We follow a young couple as they leave their everyday lives behind and head out to a new beginning; starting over from scratch. After becoming stranded in an isolated Wine Vineyard in the middle of nowhere, the young couple is forced to face the secrets they’re running from, all the while trying to escape the malicious intent of the Vineyard mysterious inhabitants.

Farmhouse falls into the stranded traveler sub-genre, and is a very respectable entry. And although you’ve kinda seen this movie before, the filmmakers manage to keep it fresh with a few unexpected turns. Some of the scenes are very intense, and not for the squeamish.

The movie involves a young couple, wife Scarlet (Jamie Anne Allman) and husband Chad (William Lee Scott) who are leaving their house and pretty much all of their belongings to start a new life in Seattle. When they say goodbye to one of their neighbors, not only does Scarlet give the wife a teddy bear but they decline an offer of some cash from the husband. Whatever haunts their past, they are trying to break completely free from it.

So off they go, headed north through California. Through a series of flashbacks we come to learn of at least part of their problem. Seems Chad has a gambling habit, and he is in very, very deep with some not so kind bookies. And when one of them starts to threaten Scarlet, it’s time to pay up. But where in the world are they going to get that kind of money? Maybe hitting the road is the way to go?

Too bad Chad falls asleep behind the wheel and crashes the car. They are in the middle of nowhere, but luckily there just happens to be a large farmhouse off the road. When they arrive they are greeted by the husband, Samael (Steven Weber) and a deaf farmhand Alal. When they go inside to use the phone they meet Samael’s wife, Lilith (Kelly Hu). If only Chad hadn’t crashed into the phone box out on the road they might have had a connection but nope, phones are down.

That’s okay says Samael. It might be a little too late to drive them into town tonight but they can stay the night. Lilith sure knows how to cook up a great meal and after a good night’s rest, they can get their car fixed in the morning. Alas, if things were only that easy.

Farmhouse is a really good film with some very intense scenes. I don’t want to go into any detail so as not to spoil any surprises, but the way in which one of these is set up is particularly striking. What makes the scene hard to watch is the superb acting. When you have four veteran actors such as this any scene that might be just an average scene in any other horror movie gets ratcheted up several notches. Not only do their characters come to life that much more, but they add little touches, trembles and facial expressions that bring you right into the room with them. You know a scene is working when you feel your body tensing up. 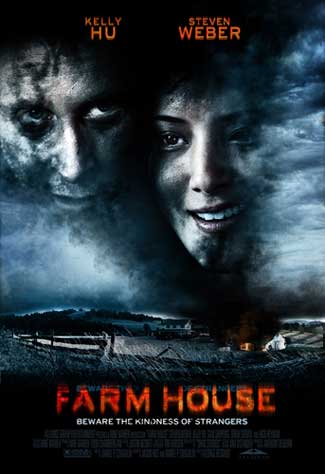 The movie uses flashbacks to give us the history of Scarlet and Chad’s past. Screenwriters are always warned that the use of flashbacks can really drag the pacing down, not to mention they can be a signal of lazy storytelling. Not the case here. The flashbacks are very powerful as we learn more and more about what drove Scarlet and Chad away from their home and into their current situation.

Director George Bessudo does a very good job directing. As mentioned above the acting is really above average for your typical horror movie. Special effects are great, and while the blood doesn’t flow in huge amounts, there is more than enough of it to go around, not to mention one scene that will have you squirming in your seat.

I would say this movie is definitely worth seeing once. Some will find it worth buying to add to their collection. Farmhouse doesn’t really break any new ground as far as the story goes, and even if you think you know how it’s all going to end, it takes you through one heck of a trip to get there. 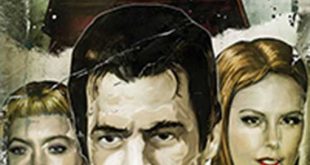 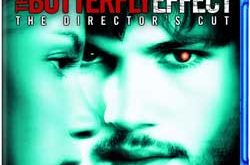 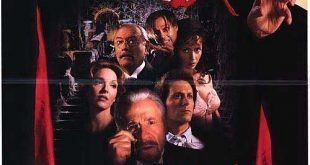 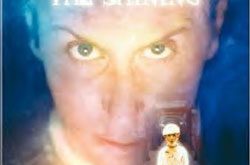