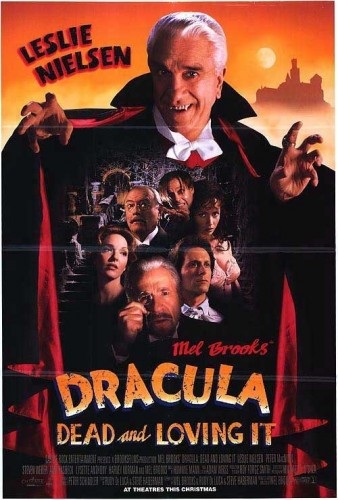 SYNOPSIS:
“Another spoof from the mind of Mel Brooks. This time he’s out to poke fun at the Dracula myth. Basically, he took Bram Stoker’s Dracula, gave it a new cast and a new script and made a big joke out of it. The usual, rich English are attacked by Dracula and Doctor Van Helsing is brought in to save the day.” (courtesy IMDB)

REVIEW:
As the quality of Mel Brooks‘ comedies in general and his parodies in particular have declined over the years, you can hear audiences asking “He used to be so funny, what happened?” A prime example is his most recent horror parody, Dracula: Dead And Loving It (1995). 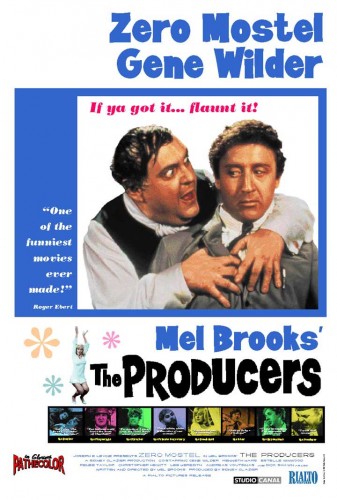 Giving Mel his due, he has made some very funny films: The Producers (1968), The Twelve Chairs (1970) and Silent Movie (1976). However, he is best known for his parodies. Blazing Saddles (1974) became the standard by which all film parodies are judged. Wild, wacky and raunchy, the film so effectively skewered Western films that it was a decade before audiences could again watch them with a straight face. Young Frankenstein (1974) was an affectionate romp, made with admiration for the Universal horror films of the thirties, but still finding plenty to lampoon. Gene Wilder was excellent as the wild-eyed grandson of the original Doctor Frankenstein, and Marty Feldman was screamingly funny as the dimwitted hunchbacked grave-robber Igor.

Mel followed these successes with High Anxiety (1977), an uneven parody of Hitchcock thrillers. In 1981 he tackled historical epics with The History Of The World Part One. The humour was grotesquely sophomoric, and some of the jokes were older than the ape-men at the beginning of the film, which marked the downward slide in quality of Mel’s comedies. Mel returned to the director’s chair with Spaceballs The Movie (1987). Lampooning such blockbusters as the Star Wars trilogy, the Star Trek film series, 2001: A Space Odyssey (1968) and Alien (1979), the film failed to attract the lucrative science fiction audiences at which it was obviously aimed. Although ambitious in scope, the satire is far tamer than it should be, and lots of gags fall flat. 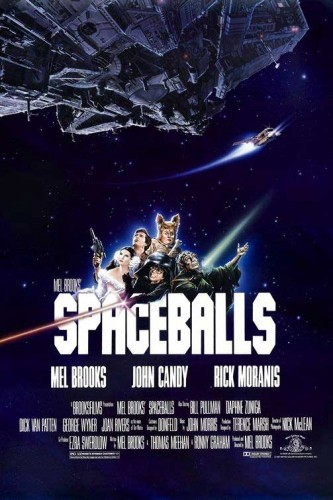 Mel failed again at the box-office with Life Stinks (1991), a heavy-handed story of a greedy billionaire who bets he can survive a month on the streets without money or any of his usual resources. Full of stale jokes and an ill-conceived musical production number (inspired by co-star Leslie Anne Warren‘s past fame in a television production of Cinderella), the film demonstrated just how much Mel’s comedic sensibilities had deteriorated. In Robin Hood: Men In Tights (1993), Mel poured on the Jewish jokes as Rabbi Tuckman. Mel had previously traversed this material with his wonderfully silly 1975 short-lived cult television series When Things Were Rotten and a lot of these jokes worked better then. In Men In Tights, Mel beat a very dead horse into the dust. 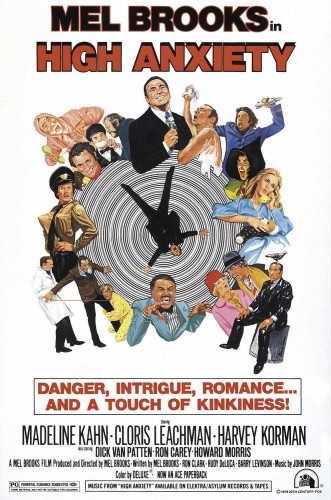 The inspiration for Mel’s 1995 film Dracula: Dead And Loving It was supposedly the box-office success of Bram Stoker’s Dracula (1992) and Interview With The Vampire (1994), but Mel uses Tod Browning’s Dracula (1931) as his template. Unlike Young Frankenstein, which used elements from several Universal classics to riotous effect, screenwriters Mel, Rudy DeLuca and Steve Haberman seem unwilling to deviate too far from the source material, lifting entire sequences dialogue intact, for no other reason than to remind us of our reference point for the parody.

Mel packs the cast with comic actors. Peter MacNichol‘s Renfield is such a dead-on send-up of Dwight Frye’s classic portrayal that it rivals Arte Johnson’s performance in Love At First Bite (1979). The actor provides some of the film’s better moments, as the bug-gobbling fanatic tries to persuade Doctor Seward of his restored sanity. Harvey Korman too, does a fine job as the flustered Victorian psychiatrist, although he is saddled with some decidedly unfunny enema jokes. Lynette Anthony (who vamped her way through the 1991 television revival of Dark Shadows as the witch Angelique) knows how to turn on the sex appeal to comic advantage, getting an amusing reaction from the timorous Harker when she tries to seduce him in her vampire form. In fact Steven Weber does a far better job of sending-up the stolid Harker than Keanu Reeves did playing it straight.

Amy Yasbeck, who has apparently replaced Madeline Kahn as Mel’s ditzy diva, makes a good Mina, able to infuse the character with both a sense of innocence and wickedness once she’s under Dracula’s spell (an ability that was beyond Wynona Ryder’s range). Anne Bancroft, however, is not only wasted in a cameo send-up of Maria Ouspenskaya in The Wolf Man (1941) , but the part is so embarrassingly humourless that you wonder just how much her marriage to Mel will excuse.

As the lead, Leslie Nielsen performs admirably, picking up just enough of Lugosi’s interpretation while remaining the Nielsen we’ve come to expect from Flying High! (1980) aka Airplane! and The Naked Gun (1988). He goes through his paces with obvious enthusiasm, but you have to wonder if he ever really stopped to consider whether what he was doing was, well, funny – because most of it isn’t. He first appears in the ridiculous pompadour sported by Gary Oldman, which turns out to be a hat (and crops up later in the film in a failed attempt to milk more laughs from the fizzled joke). He also has an autonomous shadow which behaves rudely on several occasions. 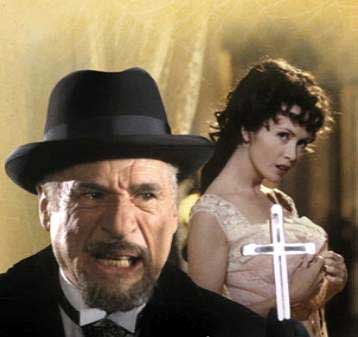 Mel, never that strong an actor, is out of his league as Van Helsing. His accent wavers between German, Dutch and Yiddish, and he’s completely unconvincing as any sort of threat to Dracula. At least he doesn’t allow the character to lapse into complete buffoonery. Was there really anywhere left for Mel to go with yet another parody of old vampire movies? Even by such recent diminished standards as Spaceballs The Movie and Robin Hood Men In Tights, Mel’s Dracula Dead And Loving It is a disappointment. The staking of Lucy, an exercise in gory excess, should have been hysterical, but Mel ruins it by belaboring the joke. The hypnosis gags go on forever. Mel injects two dance sequences into the picture, one which serves to milk yet another gag from the independent shadow schtick of Francis Ford Coppola’s Dracula, and another that is just a blatant steal from Roman Polanski’s The Fearless Vampire Killers, Or Pardon Me But Your Teeth Are In My Neck (1967) known, appropriately enough, as Dance Of The Vampires in Europe. 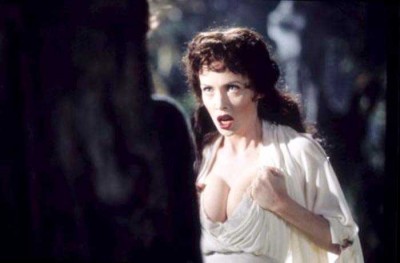 Clearly, the only fresh vein for the film to tap would have been the current trend of turning vampires into sexy anti-heroes, but Mel’s token attempt consists of but three scenes: Renfield’s seduction by Dracula’s brides, Lucy’s pass at Harker in the cemetery prior to her staking, and Mina’s taunting of Harker while under Dracula’s influence. Oh, how can I possibly take anything by Stephanie Meyer seriously after such biting satire? 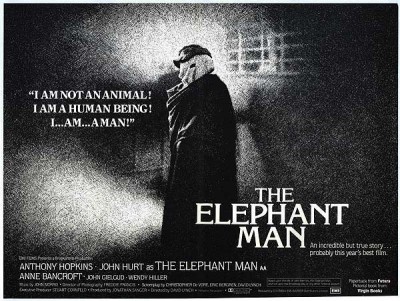 I think it’s best not to dwell on Mel’s failures as a comedy director and rejoice in the fact that, as a producer, he has brought us such genre delights as The Elephant Man (1980), Frances (1982), The Doctor And The Devils (1985) and The Fly (1986). He also introduced unsuspecting mainstream audiences to the work of David Lynch, who Mel aptly described as “like Jimmy Stewart – from Mars.” I eagerly anticipate having your company again next week when I will present another glorious nugget from the fabled Los Angeles drainage system for…Horror News! Toodles! 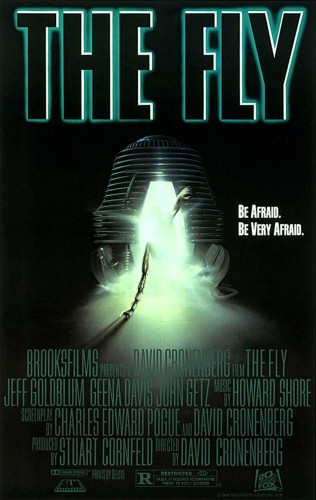