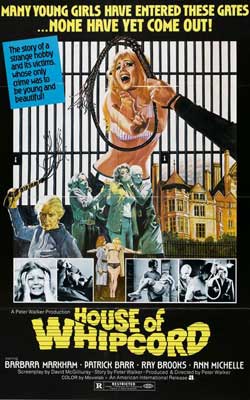 An old man that lives in an old house conducts a correctional institute for girls. But he does not realize that the date is the present as he is cooped up in the house. He is assisted my a matron who likes to get the girls into trouble and present them in front of the old man who thinks he is the law and he passes out punishment. Afterwards the girls get tied to a cross and whipped. Meanwhile The matrons son falls in love with a girl at a party and bring her to the this house.

Are you weary of a flaccid and overly lenient prosecutorial system that seems more inclined to slap offenders on the wrist rather than giving them their just desserts? Do you yearn to return to a time when both corporal and capital punishments were the order of the day? If so, then there’s a rather simple solution to your dilemma…open your own prison and mete out the forms of punishment you see fit, as depicted in the film. 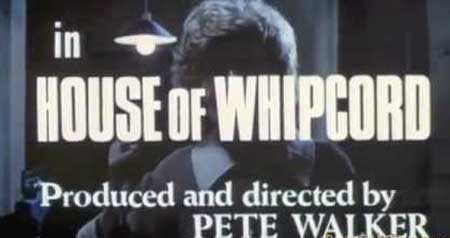 Cleverly written and cheaply produced in response to the right-wing Christian protests which had been making headlines in the UK at the time on the back of several recent controversial film releases – notably “A Clockwork Orange”, “Straw Dogs”, “The Devils” (all 1971) and “Last Tango in Paris” (Ultimo Tango a Parigi, 1972) – “Whipcord” opens with a now-famous dedication “…to those who are disturbed by today’s lax moral codes and who eagerly await the return of corporal and capital punishment….” Though contemporary critics railed against the threadbare production values and softcore nudity, it’s apparent that much of their outrage was prompted by Walker’s brazen challenge to the Christian moralists, whose over-zealous rhetoric has always enjoyed a disproportionate measure of representation in the British media. 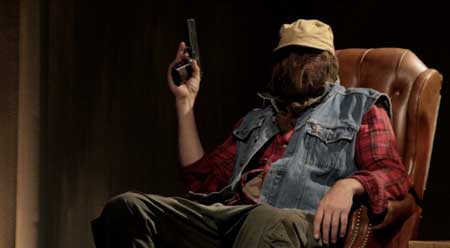 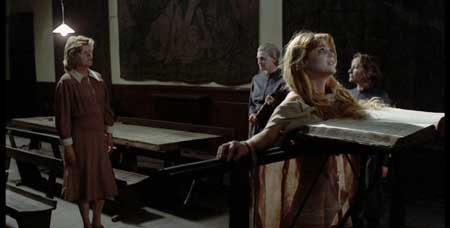 The film is deliberately crude and confrontational, with a vulnerable heroine – played as an infuriating wimp by relative newcomer Irving, sporting one of the worst French accents in movie history (“‘Ow did zey bring you ‘ere?”) – struggling to survive against all the odds, while Markham’s latent insanity threatens to expose her hideous regime to the outside world, allowing her staff to indulge their most puritan impulses. Keith is especially good in this regard (“I’m going to make you ashamed of your body, de Vernay.

I’m going to see to that…personally!”), manifesting the corrupt zeal of a True Believer with little room for pity or compassion. Fans who pick this one up looking for lots of shocks and gore will definitely find themselves disappointed. With the exception of a hanging, an off camera stabbing, and a few prudish floggings, “House of Whipcord” does not deliver in the grue department. What this movie does accomplish is a squalid, oppressive atmosphere of forbidding doom. The prison where Anne Marie pays a price for her actions looks like the type of resort spa Count Dracula would vacation in during the summer months. 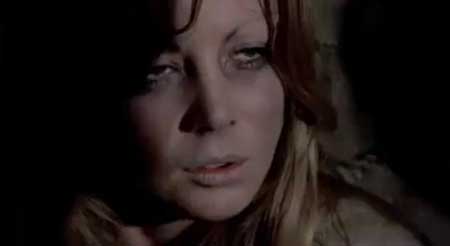 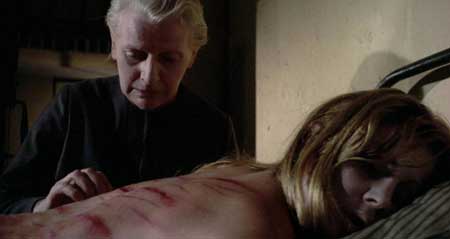 The interior shots are poorly lit, almost claustrophobic in their implications, and this fits the theme of the film perfectly. I especially enjoyed the performances of the three ladies who played Wakehurst and the prison guards. Their characters reveled in the sadism of the entire exercise, and as ridiculous as the overall premise of a secret prison right out in the open is, they made the whole thing at least slightly believable. Considering that Walker constructed a film almost entirely free of bloody carnage, the pacing was excellent: “House of Whipcord” moved along quite nicely, and I never felt bored while watching it.

What you don’t get is anything the title promises. There’s one whipping scene, but it shows nothing, nada, except for a mom and perverted son getting mentally excited outside in the hall listening to the sound effects. I’ll ignore the plot, it’s basically just a women’s prison movie without enough women and no shower scenes. Two stars for the good 30 seconds, less one star for the total tease of the title. I was hoping for more nudity. Not all beggars can be choosers. This film is an interesting entry into the mystery-horror genre but its true intentions remain elusive. “This film is dedicated to those who are disturbed by today’s lax moral codes and who eagerly await the return of corporal and capital punishment….” So reads the opening caption in Pete Walker’s House Of Whipcord. However, should one decide not to shut off the VCR in the middle and plow through to the end, one will come out with the understanding that the caption was for prudes what
Body count’s “Cop Killer” was to policemen. 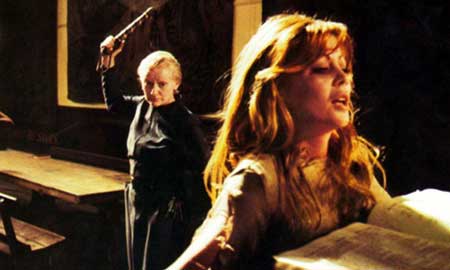 Compared to the five other Pete Walker films I’ve seen, this is one of the better ones. It doesn’t beat The Flesh And Blood Show or the light-hearted softcore comedy romp The Tales Of Tiffany Jones, but outdoes the grim Frightmare, the tepid Die Screaming Marianne and jumbled The Three Dimensions of Greta. But Barr’s Old Testament quote at the end of the movie addresses the importance of administering justice fairly: “If there be a controversy between men and it comes to be that judges may judge them, then shall justify the righteous and condemn the wicked. And shall it be the wicked man be worthy to be beaten, that the judge shall cause him to lie down and to be beaten before his face according to his fault, by a certain number. Forty stripes he may give him, and not exceed, lest if he should exceed and beat him above these with many stripes, then thy brother shall seem vile unto thee.” 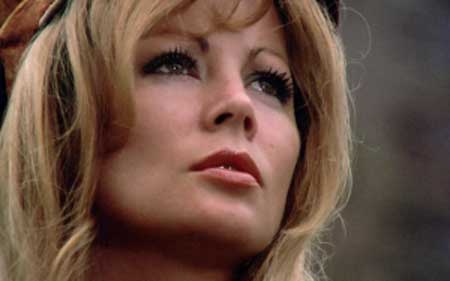 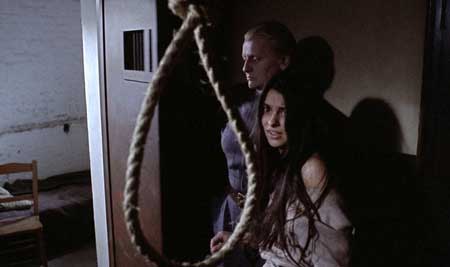 Now for a little trivia for you on the film. The film is banned in Norway still but what isn’t banned from Norway? The character of Mrs. M. Wakehurst alludes to the British “moral reformer” Mary Whitehouse. Peggy Cummins auditioned for the role of Mrs. Wakehurst, but didn’t get the role because Pete Walker thought she looked too attractive and hence was wrong for the part. Originally Alfred Shaughnessy had written a treatment for ‘House of Whipcord’ but left as he was in full writing commitments on “Upstairs, Downstairs” (1971). Then Pete Walker decided to have David McGillivray write the screenplay.