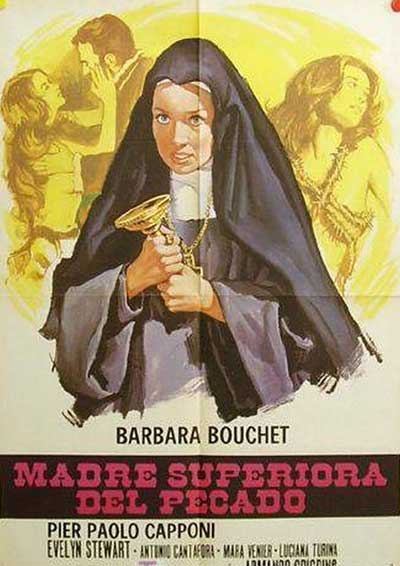 A young woman is forced into a convent. However, due to her nobility she rises to be an abbess. She has to deal with corruption in the church.

The Castro’s Abbess, or La Badessa di Castro, is an Italian exploitation film written and directed by Armando Crispino and co-written by Lucio Battistrada (see also The Dead Are Alive and Autopsy). This film specifically would fit into the category of nunsploitation, appearing on the scene as the subgenre was on its rise, a couple years after Ken Russell’s The Devils and Jess Franco’s The Demons, and the same year as Flavia the Heretic. As tradition would require, this film is equipped with plenty of controversy, plenty of criticism of religion, and plenty of young women who don’t look anything like the nuns that yelled at me when I was in Catholic school. 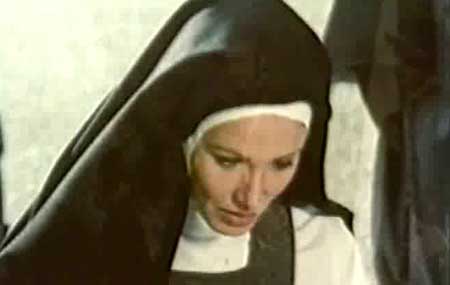 The Castro’s Abbess follows Elena (played by Barbara Bouchet, who has appeared in everything from a James Bond film [Casino Royale], the Star Trek TV series, a handful of giallo films, including Fulci’s Don’t Torture a Duckling, and even Scorsese’s Gangs of New York) in the “mother superior” role of the local house of nuns (this role is also called an “abbess”).

Elena didn’t grow up wanting to be a nun, but after falling for a dangerous bandit-type/someone her parents didn’t approve of, Giulio (Antonio Cantafora; Baron Blood, Demons 2), she was sent away to join the order. When Giulio tried to come and rescue her, a battle ensued, and Elena was told that he was killed. And so she stays at the convent, becoming the boss and always remembering what could have been. Monsignor Francesco (Pier Paolo Capponi; The Cat o’ Nine Tails, The Nun and the Devil) happens to know a little of Elena’s past, and tries to use it to get her to love him. 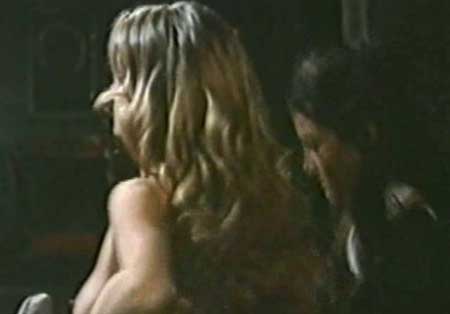 Most of the film shows the power struggle/sexual tension between Francesco and Elena. He comes to visit their small village, and she points out that while he has fancy clothing and nice things, her village is sick and starving and battling a drought. He comes on to her, she fights him off with a candlestick. When he can’t get the upper hand, he requests the help of Margherita (Ida Galli), a nun that actually does have feelings for him, and has her play the role of spy. The back and forth is constant, and the storyline could almost be mistaken for that of a typical mainstream drama. However, that would be discounting all the taboo aspects of the film, especially for Italy in the 1970s. And there are quite a few of them. 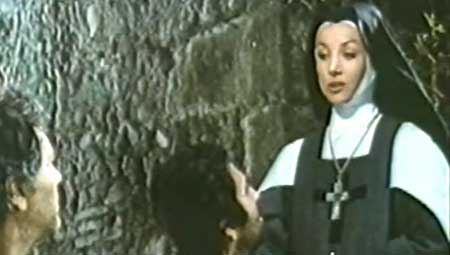 There is a constant criticism of the church as a greedy, power-hungry organization that bullies the small and weak to get what it wants. Elena is no saint, but her parents are wealthy members of the church and are able to pay her way into her position of power. Francesco knows the morals of his position in the church, but bends and breaks the rules to get what he wants, going so far as to use Catholic rituals to keep Elena in check. The Inquisition is mentioned more than once, and soldiers appear from time to time ready to fight and kill, which doesn’t seem very holy. And let’s not forget the power inequality between men and women – Francesco is hardly even questioned as he makes his moves on Elena, including at one point almost raping her, but when Elena refuses his advances, she is whipped, slut-shamed, and even forced to wear a spiked harness and ask for forgiveness. 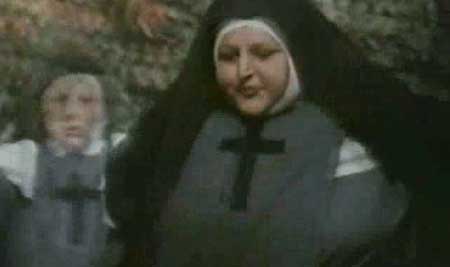 I have to assume there is a strong contingent of exploitation fans who love the nunsploitation subgenre because it often features model-like women in the role of nuns doing sexy things nuns aren’t supposed to do. Well, don’t worry, some of that’s in here. As is some violence and some death. But where The Castro’s Abbess has trouble is in its actual story-telling approach. 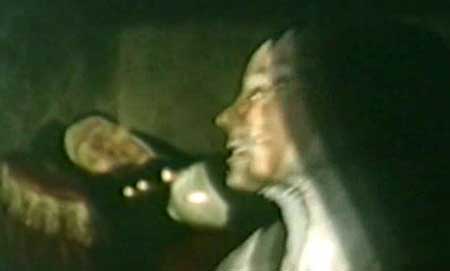 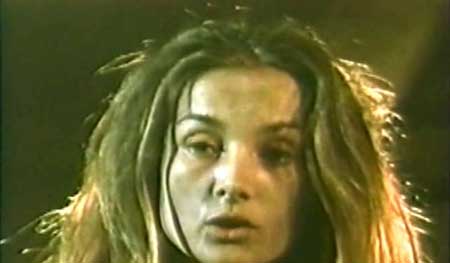 There are some wacky cuts and edits in here that throw the audience for a loop at times, cutting quickly from what seems like a sex scene about to unravel straight to arguments or exterior shots. And while the story at first flows somewhat smoothly, near the middle it starts feeling like the filmmakers had too much story to squeeze into too little running time, and suddenly everything starts happening quickly and without explanation. Of course, this is not a high budget film, and I have no doubt there may have been cuts made along the way by censors or even projectionists to make the movie more palatable to their target demographics. 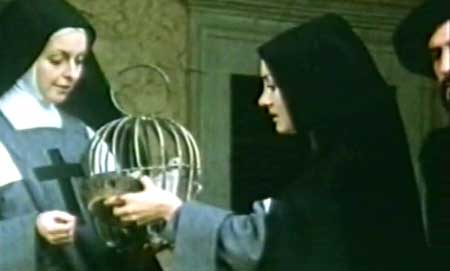 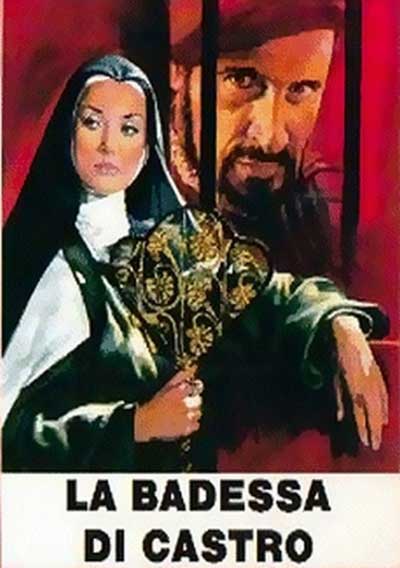 The story is there, and the exploitation elements pop up here and there along the way, but unfortunately in the end we are left with a very uneven film. In comparison to so many other films of the subgenre, especially many of the later ones (see the contributions of Joe D’amato, for example), one almost wonders if perhaps these filmmakers aimed too high, tried to include too much substance rather than relying on titillation. Doesn’t seem a fair criticism, and when all is said and done this isn’t a horrible movie by any means, but I can’t help but feel like something is missing here.