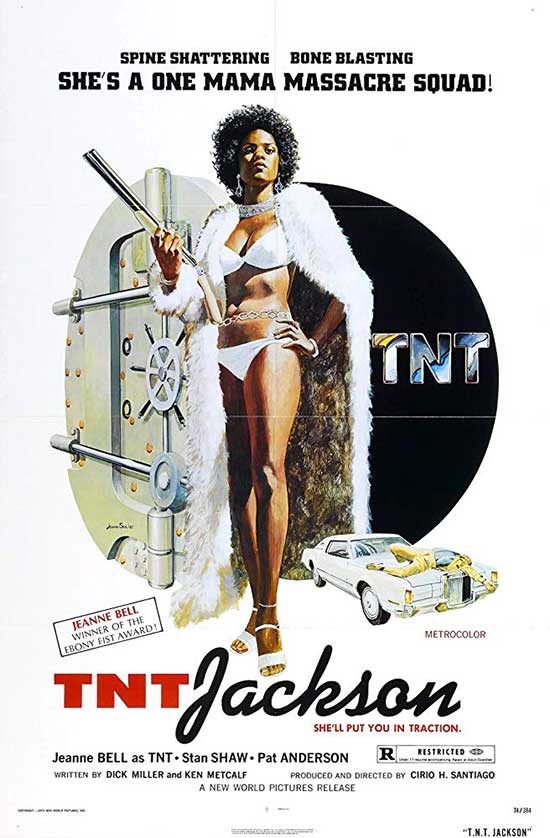 A young karate expert searches for her brother’s killer in Hong Kong.

As someone who loves exploitation cinema, I’m always looking forward to reviewing something from that style of movie. However, if one of those films feels like it tries trying too hard to recreate the same style and attitude of another film, all it manages to do is make me think of the very thing it’s trying to mimic. Especially if the movie is not on the same level as the flick it’s trying to imitate. TNT Jackson is one such flick. 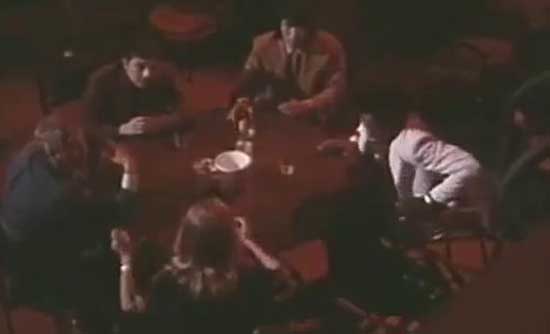 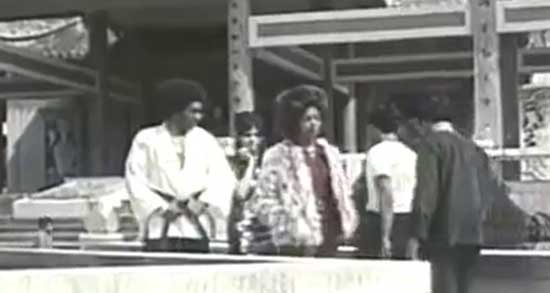 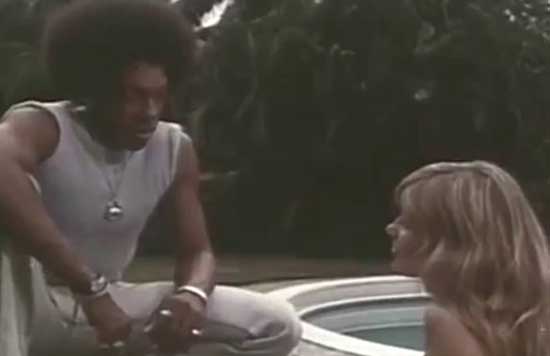 The movie centers on Diane “TNT” Jackson, an African-American woman that is a karate black belt. She’s the kind of lady that doesn’t take crap from anyone and has attitude coming out the gills. Her brother was murdered by a gang in Hong Kong, so she travels to Hong Kong to track down the killers and get revenge. Along the way, she becomes embroiled in the beginning stages of a gang war while crossing paths with a U.S. government agent.

The main problem with the movie is that it felt like it was trying very hard to be what the film Foxy Brown was. It tried to have the same attitude and create a character that was just as compelling as the titular Foxy Brown was. Unfortunately, TNT Jackson never quite reached those heights, and actress Jean Bell didn’t quite have the same presence that Pam Grier was when she played Foxy. Bell never came across as being as tough as she pretended to be. It didn’t help that she never quite moved in fight scenes in a way that made me believe she actually knew karate (although her stunt double seemed to know her stuff). 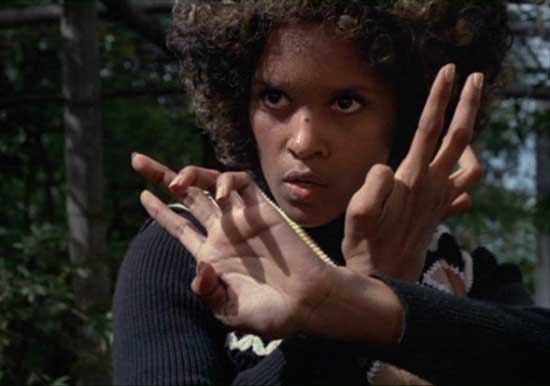 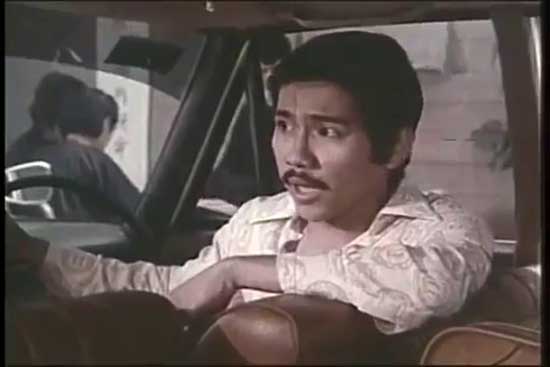 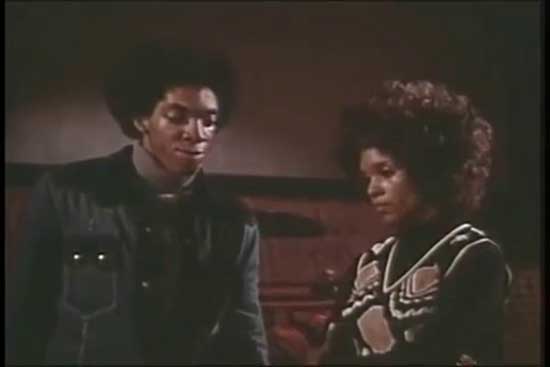 The rest of the actors were kind of a mixed bag, which isn’t uncommon when it comes to low budget films. Some were really good in their roles, while others left much to be desired. However, I can say that at least none of them were so terrible that they stuck out like a sore thumb. Luckily, Stan Shaw was really fun in this. He played the “too cool” second in command to a gang leader. He was equally charming, arrogant, and sleazy. It was obvious that his character had more schemes going on than anyone realized, and Shaw played him to perfection. It didn’t hurt that he had the best lines in the flick and delivered them beautifully. Yeah, the writing was a bit cheesy, but Shaw managed to make what he’s given work. I think seeing him play off of Pam Grier instead of Jean Bell would have elevated the overall movie. 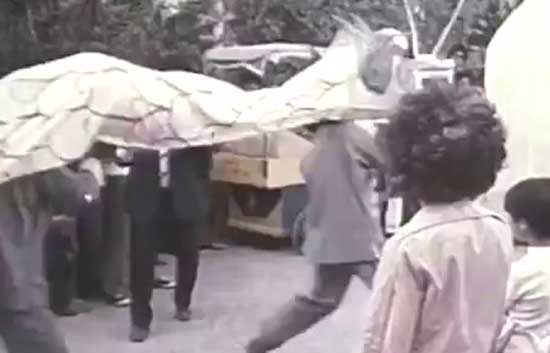 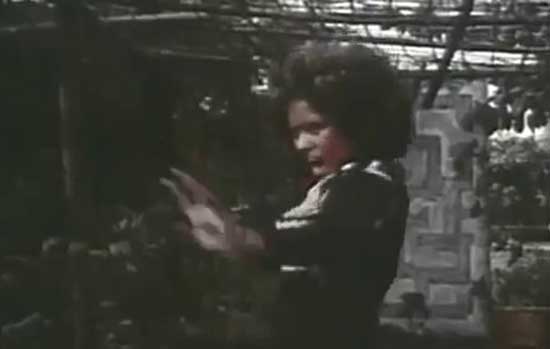 Since TNT Jackson is a kung fu movie, it requires you to accept that everyone is going to punch and kick each other instead of using guns. Since the plot involves a dangerous gang involved in a variety of illegal activity, that’s not exactly believable. However, the filmmakers expect us to just go with it without giving even a flimsy excuse to why folks with no respect for the law are content to not outright shoot people. This could almost be forgiven if the fight scenes were at least good. Sadly, a viewer can plainly see that the actors are not hitting each other. While we know that they’re not really smacking each other, the idea is, of course, to make it look like they are. Since the people involved failed miserably at this, there’s no suspension of disbelief. Whether this is the fault of the performers or the editing is up for debate. The fact that the film’s editing did a poor job of masking when a stunt double was standing in for Jean Bell, I’m willing to believe it’s more of the latter. 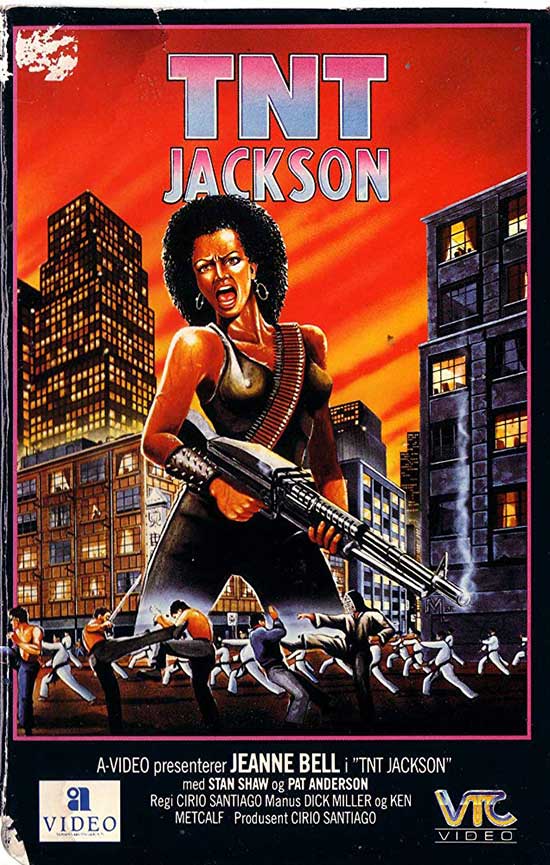 One of the few things going TNT Jackson is that it does have all the things you expect from an exploitation flick. You have nudity, sex, violence, and a lot of the sleazier aspects you’d expect from a grindhouse movie. That, and Stan Shaw’s performance, at least provides some fun. However, some crappy fight scenes, poor editing, and Jean Bell’s own lack of believability drags this movie down too much to really make it a memorable experience. The film isn’t terrible, but it’s not really good either. It’s mildly entertaining, which is the most positive thing I can say about it. There are better low budget blaxploitation films out there that you should watch instead.