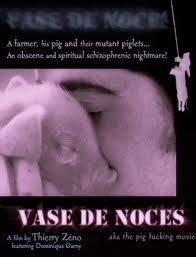 A lonely farmer courts his pig. He then has sex with it, producing mutant offspring who insist on eating from his plate. The stresses of fatherhood are all too much for the farmer; he has a mental breakdown and kills his children by hanging them in the yard. Poor piggy mother dies of a broken heart, so the farmer buries her and buries himself at the same time… However, while waiting for death he has some kind of religious epiphany and decides to stay alive for a while longer so that he can drink urine and spread handfulls of feathers around before he eventually hangs himself, too. That’s why I stay away from the church.

When the staff at Horrornews.net sent me a copy of Thierry Zeno’s Pig Fucking Movie to review on their site, I was slightly taken aback. ‘Pig Fucking Movie?’ I thought. ‘A movie about a guy who f*cks a pig? What kind of deviant do these people think I am?’ But having watched it I’ve realized that yes, this is exactly the kind of morally-bankrupt, demented celluloid swill I was born to write about. As happy as a pig in shit. The staff seem to know me better than I do! 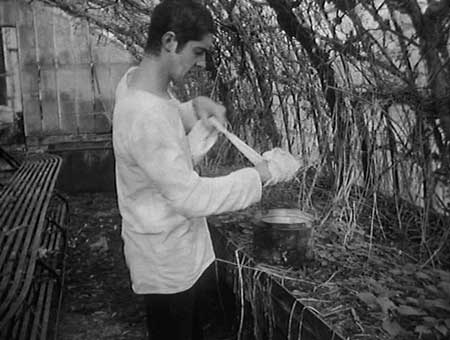 Wedding Trough opens with a man seen placing a severed doll’s head onto a flapping bird for some reason, perhaps as a way of illustrating how strange this guy is. And then we’re immediately thrown into the next scene in which he sits on the floor gently caressing a pig’s udder. And, considering the film’s giveaway title, I don’t think he has anything noble in mind while he strokes away. This weird fellow looks to be a lonely farmer; he looks harmless enough, but so did Norman Bates. He ploughs his field and plays a game of blind-man’s-bluff with the farmyard animals – and he’s the one wearing the blindfold! He captures the pig, escorts it into the barn, strips off naked, and then attempts to have sex with it, but she’s like ‘nah’ and wanders off. So the farmer sits there feeling sorry for himself (aww, chin-up lad, maybe she’s just a bit frigid). The animals, including the farmer, spend the rest of their day farting and defecating and staring at each other. The next day he tries his luck again, chasing the pig around the yard with his pants around his ankles (not the best way to woo your sweetheart), but still, the heartless swine has better things to do with her time, like shoving her snout into a huge mound of manure, for instance. Talk about rejection! She looks at him dismissively, as if to say ‘I don’t do human d*ck, I only do pink ones that look like fleshy corkscrews, so get bent’. 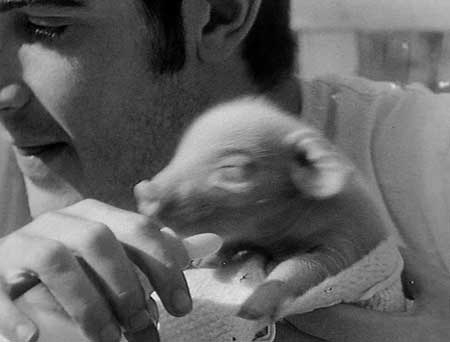 The non-love story continues, interspersed with footage of an ongoing gang-war between rival groups of feathered fiends who attack, mount, and peck at each other over food and sex. On the third day, the farmer finally has his wicked way with the pig, and they make passionate love in the middle of the yard. The ducks catch wind of this incident and they don’t seem to approve one bit; they congregate and communicate in duck language, probably making snark comments about the pig being a no-good whore for sleeping with such a creepy and desperate perv like the farmer. Presumably, the man and the pig become ‘an item’ at long last, and he gently covers his porky mistress in straw to keep her warm while she sleeps. She gives birth to a litter of piglets and daddy holds one; he seems happy but slightly worried as though he’s wondering why the little one doesn’t look like him; is he really the father or has she been unfaithful? The latter half of the film concentrates on the farmer’s stress and strain as he raises three boisterous piggies (he should’ve worn a jimmy hat if you ask me – the mother’s not the cleanest creature around, and she lives in a pigsty for Christ-sakes). Tragically, the farmer is driven nuts and he hangs his piglets in the yard, much to the mother’s dismay. She dies, so he places her body into a grave and buries himself alive beside her. He soon claws his way out though when he gets cold due to a bizarre vision of being stuck in the middle of nowhere. He indulges in a bit more bizarre behaviour before he hangs himself from a ladder. 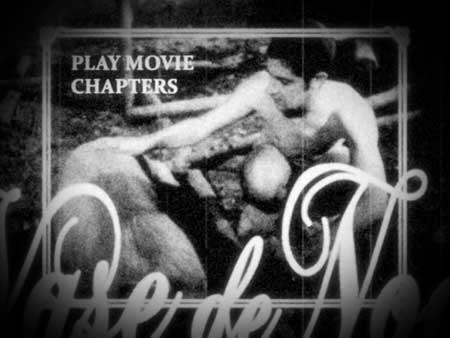 Filmed on black and white 16mm film, and containing absolutely no dialogue whatsoever, unless you count a bunch of ducks quacking at each other as legitimate conversation. Instead, we get a constant barrage of choral music, religiousy-type-monk-rocker-anthems, and bizarre, space-age synthesizer noddling. A strange mix indeed. It’s not a particularly graphic film, you’ll be glad to hear; this is not some hardcore bestiality video, that would be a step too far, even for me. But the ‘love’ scenes between the farmer and his barnyard babe are shown on camera, albeit in a simulated fashion (notice the pun there on ‘Babe’, that family movie about a talking pig? Oh, forget it). But anyway, this film is disturbing because for much of the time our anti-hero is balls-deep in his beloved sow. You don’t see THAT in babe. 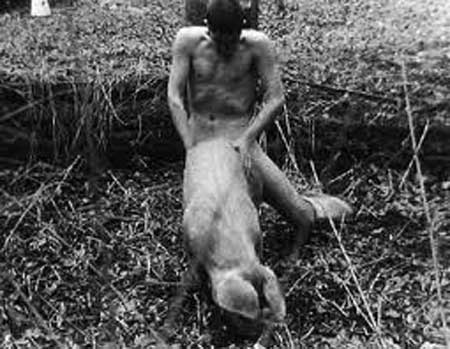 The film could be seen as an allegory on human relationships (i.e. between men and women), and if this is so then not only is Wedding Trough a rare milestone in cinematic bestiality, but also outrageously misogynistic too. Double whammy! But before you get offended its important to note that this film doesn’t seem to take itself seriously at all, so why should you treat it any differently? Think of it as a visual sick joke. Distribution, not surprisingly, has been kept to a minimum, and the film to this day is still much talked about but little seen. The lead actor wasn’t credited and I’ve no idea who he is and have never seen him in any other films after his appearance here (perhaps he died of shame when he sobered up?). The DVD implies that writer Dominique Garny ‘features’ in the film, but this is not made clear in the credits. In terms of cinematic reference points, Wedding Trough comes across as a perverted hybrid of Orwell’s Animal Farm and Herzog’s Even Dwarfs Started Small. 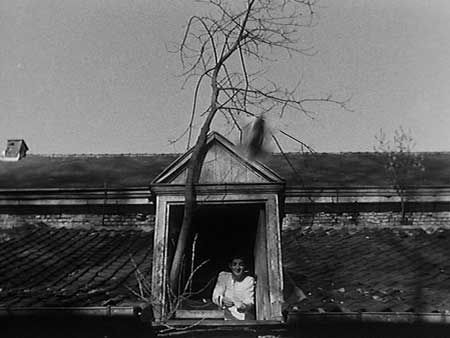 As you’ve probably gathered by now, this film is nuts, but it really does have a deranged charm about it. I can’t help thinking if this was made by someone like Luis Bunuel it would be hailed as a deranged, absurdist masterpiece nowadays by champagne–sipping wrinkle-bags. But because it was directed by an unknown Belgian who was quite possibly insane, the film was instead greeted like a senile grandfather showing up to a family dinner with his soapy hardon in hand, with all the shrieking, yelling, and crying you would expect from such a scene, as embarrassed relatives quickly banished him from the festivities promising to never speak about it again. Ever. And this is exactly the kind of greeting the film received when it played at the Perth International Film Festival in the mid-70s, where it caused such a scandal the Australian censors pulled it from the screens and banned it outright, hoping it would just go away. But it didn’t. It was later banned for a second time in Australia. 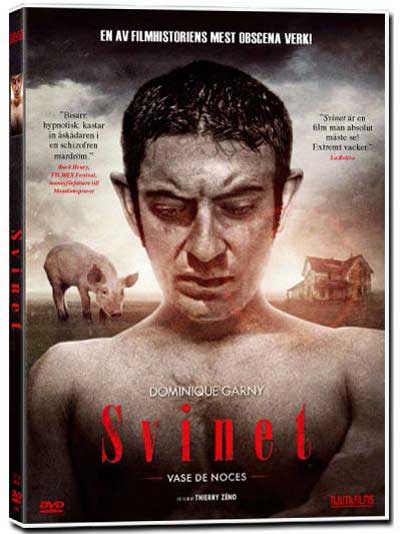 If Wedding Trough piques your interest then I suggest you go the whole hog and team it up with an episode of Black Mirror entitled The National Anthem for a double-bill of pig-f*cking fun! The National Anthem is a ‘political thriller’ in which the British Prime Minister is blackmailed into having sex with a pig live on TV after the Princess has been kidnapped by a crazed artist/terrorist.

Pop these DVDs on at Christmas time for all the family to enjoy. I dare ya. 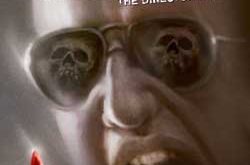