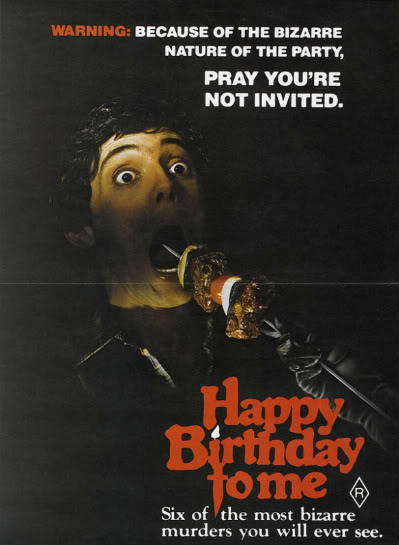 Virginia is proud that she belongs to a clique. The best students at a private school. But before her 18th birthday, a grueling set of murders take place and her friends are the ones who are falling prey. Could it be her? She suffers from blackouts due to a freak accident one year earlier. We soon learn the truth behind her accident and what is going on…

“Virginia I’ve got a knife…Virginia don’t go away.”

Back in 1981 the slasher film was the king of the genre here in America. It seemed as if every holiday or event that could occur in a teenager’s life was being made into some sort of body count film. Leave it to the people that were behind the earlier film My Bloody Valentine to turn their attention to yet another rite of passage in a young teenager’s life, their eighteenth birthday. Like My Bloody Valentine Happy Birthday to Me is just as cruel and it was promoted with the tag line “Six of the most bizarre murders you will ever see!” 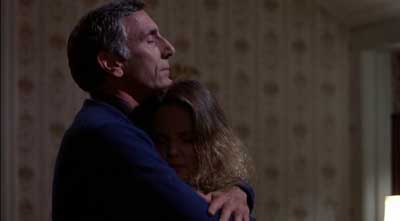 Happy Birthday to Me starts by showing a young girl out on the streets at night, anyone who has seen one of these films knows already that this is not a good thing. After a brief run in with the head mistress we learn that the young girl is on her way to the local pub to meet with the other members of the “top ten”; a group of wealthy and beautiful seniors at the Crawford Academy. It doesn’t take long before we see the young girl attacked in her own car, she plays dead long enough to get away only to run into someone that she knows. There is no rescue given to the young girl however, we see a straight razor in the persons hand and soon a slit is made across the young girl’s throat.

After such a beginning sequence the viewer is introduced to the rest of the top ten as they try to enjoy their evening at the local pub. Virginia or Ginny as her friends call her is new to the group, and played by Little House on the Prairies own Melissa Sue Anderson. The evening isn’t going that well for the top ten due to a group of drunks who are happily singing one hundred bottles of beer on the wall. This irritates the members of the group and when the strange Alfred arrives with a lab rat members of the group see an opportunity for revenge against the loud group of drunks. The leader of the group doesn’t quite like finding a rat inside of his beer stein so the two groups of course begin to fight. 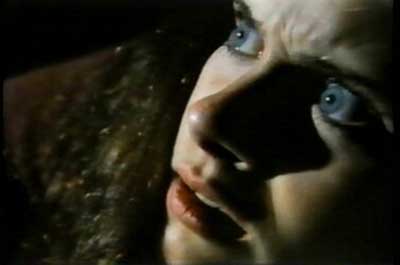 The kids make their way out of the bar and quickly pile into one another’s cars. The blinking lights and alarms of the draw bridge alert the teenagers that it is about to rise so the group decides to play “the game”. The game in question is seeing who won’t risk driving their car over the separating draw bridge. Ginny is thrown into a random car and screams insanely as the car races up the bridge only to crash down on the other side. Ginny hasn’t played the game with the group and there is a very good reason that she is scared of the bridge.

The next day at school the head mistress lectures the members of the group before their science class. After the head mistress takes her leave the professor goes on to give a lecture about electricity’s effect on the nervous system, using frog legs he demonstrates how just a little jolt can cause the dead limbs to begin to twitch. While the professor is doing his demonstration Ginny has a flashback (she has a lot of flashbacks throughout the film and as the film goes on you learn the story behind the young girls past); in the flashback Ginny sees herself in a hospital, her head is shaved and she is hooked up into a machine and like the frog legs she is twitching from jolts of electricity. Ginny talks to her friend Doctor David Faraday who assures her that the flashback is indeed a good thing, she is starting to remember things from before the “accident”. 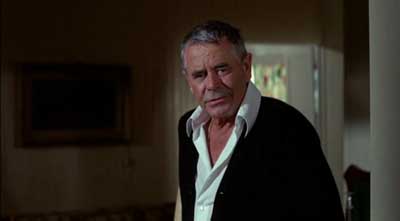 The members of the top ten do more than just drink and be wealthy, they also play for Crawford’s soccer team and one of them even races motocross. Happy Birthday to Me spends a lot of the film showing the group supporting each other during these activities and of course after each member’s victory they decide to celebrate once again at the local pub. Something strange is happening to the top ten though, before each of the celebrations the member who is being praised ends up being murdered by someone they recognize. Ginny’s birthday keeps getting closer and closer and the body count keeps rising and rising, poor Ginny no ones going to be left alive to celebrate with you.

Happy Birthday to Me does what its tagline suggest and delivers six of the most bizarre murders you will ever see, well at least it did back in 1981. By today’s standards the deaths aren’t very graphic in their depictions at all. Members have their throats slit, one poor guy has his scarf thrown into the wheel of his motorcycle only to have his face torn to shreds by the spinning wheel. Each of the victims recognizes their killer and actually attempt to have conversations with them before they meet their bitter end. Along with those deaths you also see a young man crushed by a weight set and a young man stabbed in the gut by a pair of gardening shears. The most infamous death scene in the film is shown on the poster; a young man has a shish kabob stick shoved violently into his mouth impaling his head. Though the deaths aren’t depicted too graphically it doesn’t stop J. Lee Thompson from pouring the red stuff on. When the young man is squashed by the weight set blood simply flies all over the room. For its time Happy Birthday to Me was a very brutal and bloody film.

J. Lee Thompson’s use of red herrings and Ginny’s flashbacks constantly keep the viewer guessing who the killer might just be up until the final reel of the film. A lot of fans of the slasher genre felt let down by the ending of the film when the killer is revealed, in a way it is kind of a cheat but one a lot of people never see coming which might be why there is so many who have something to say about it. I find the ending of the film to be genuinely creepy and fantastic as Ginny sits at a table surrounded by the corpses of all of her dead friends and a lit birthday cake.

Happy Birthday to Me is a title all fans of the slasher genre should have in their own libraries. Anchor Bay’s recent rerelease not only gave fans of the film back the original cover art of the film it also gave them back the original score. Go ahead and call up nine of your friends and sit around enjoying Happy Birthday To Me, I just only hope one of your birthday’s isn’t coming up.